This has been the first edition of the Miami Open presented by Itau held at Hard Rock Stadium.

Andrew Eichenholz
This article contains:
A look at the first year of tennis at Hard Rock Stadium

Defending champion John Isner is a diehard Carolina Panthers fan. But he has made himself comfortable at the home of the Miami Dolphins — Hard Rock Stadium — the new venue of the Miami Open presented by Itau.

“It’s not quite as intimate as Crandon Park, but I really like it out there,” Isner said. “I really enjoy that centre court. This whole tournament, [it’s] fantastic.”

The home favourite’s tennis has matched his enthusiasm, as Isner has not dropped a set en route to the semi-finals at this ATP Masters 1000 tournament. It’s been extra special for the American, as he’s gotten to strike massive serves on top of the same field where some of the best NFL football players in history have competed.

“I was warming up this morning and you look at all the retired numbers and you see a guy like [Hall of Famer] Larry Csonka, and that sort of reminds me to not be a wimp out on the court, because he’s one of the toughest guys ever. I’m playing in the place where he used to wreak havoc, so that’s pretty cool,” Isner said. “A lot of big games have been played here, there’s no doubt. The Dolphins had one crazy game against New England last year here at home. I do think about it, it’s really cool.”

World No. 1 Novak Djokovic, who fell in the fourth round, said that he had never played tennis in a venue as large as Hard Rock Stadium, which once sat more than 80,000 fans for a college football game in 2013. That, to the Serbian, made it a unique experience.

“They've done a really good job. They have taken I think a very bold step forward in the right direction,” said World No. 1 Novak Djokovic. “For us being part of the Miami Dolphins’ stadium is a treat.”

This tournament’s old Miami venue, Crandon Park, held a special place in many players’ hearts. Some players competed there at one of the world’s foremost junior tournaments, the Orange Bowl, and others simply contested some of their most memorable matches there.

“I do miss Crandon Park a little bit. Something about that centre court, I thought you could get more in touch with the fans. Crandon Park, I just had so many good memories out there,” Kyrgios said. “I love this venue too.”

At Hard Rock Stadium, players have made consistent use of an artificial grass area next to Stadium Court, where many of them have played soccer, warmed up for matches and generally had fun with friends and family. The Top 8 seeds all received private suites in the vicinity of the massive players’ lounge and restaurant, which was a popular meeting point for players and their teams.

“It’s much more comfortable than the previous location. Everything is really well organised, it’s a really relaxed atmosphere here and a big space,” Basilashvili said. “I think it’s improved a lot. I never had to play on the centre court, but it looks amazing.”

You May Also Like: James Blake On New Venue, Ferrer & Felix

With a venue change comes adjustments for the tournament team, including adapting on the fly. But in general, Tournament Director James Blake has been happy with the feedback he's been getting from the players.

"They’re excited to be here. So far the most animated they’ve gotten is with the coffee," Blake said. "They’ve got good coffee here. They didn’t like it at first, we fixed it right away, and we got some good coffee. I’m not a coffee drinker so I don’t have the same passion, but the passion of coffee drinkers is pretty strong."

There are 28 courts outside of Hard Rock Stadium, with a Grandstand on top of that. Former doubles World No. 3 Rohan Bopanna explored the grounds during qualifying to watch one of his Indian countrymen compete, and he was impressed by the set-up.

“I think all the players are really enjoying it. It is a fantastic facility. Right now we’re sitting in this players’ lounge and I don’t think I’ve been to a players’ lounge as big as this so that’s fantastic to have a lot of space. It makes a big difference, helps the tournament to grow as well,” Bopanna said. “They’ve done it exceptionally well for all the fans to come out and experience not only watching tennis, but be around the tennis as they have so much to do, which I think makes a big difference.” 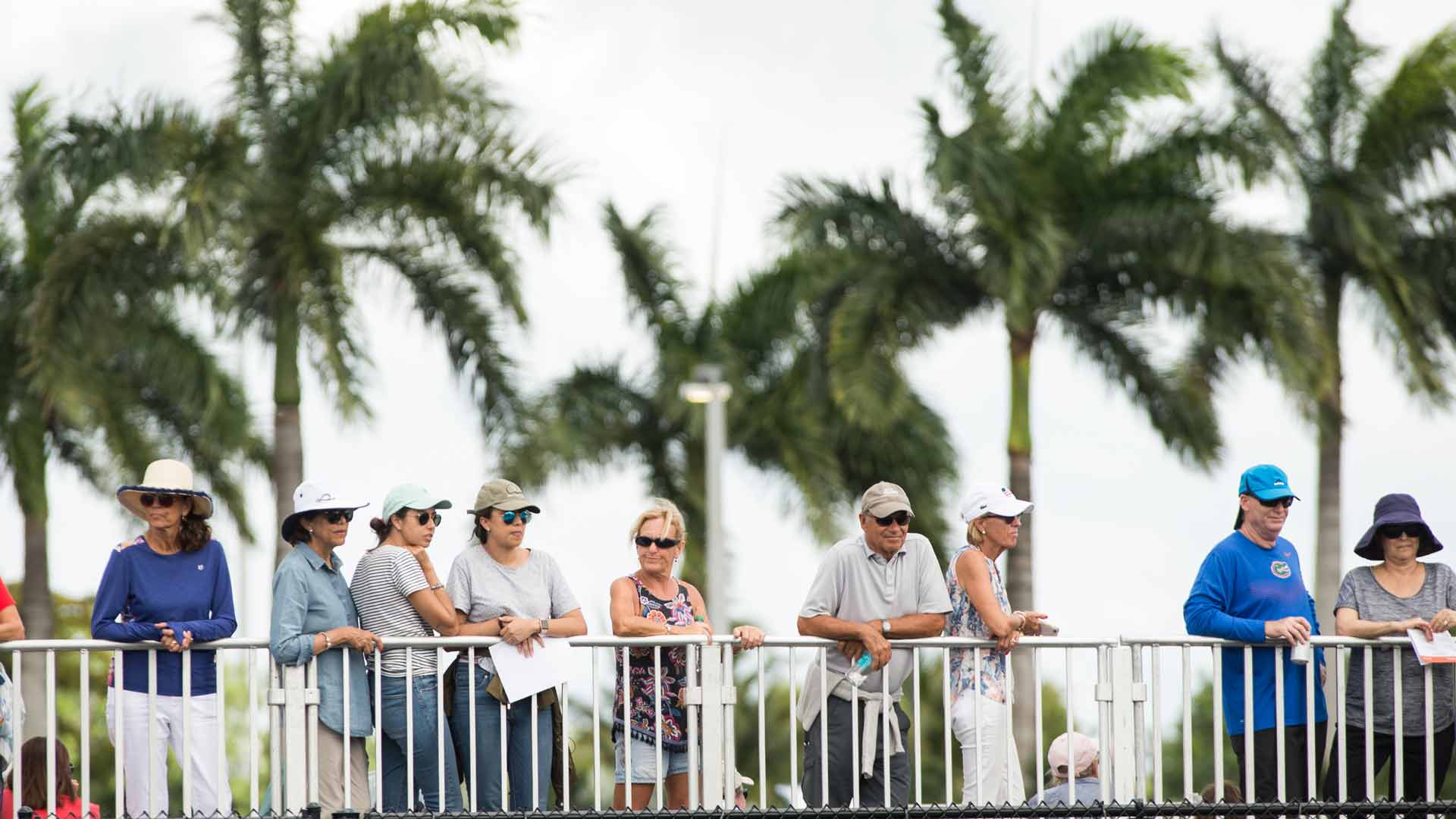 Plus, it’s pretty cool for the players to compete at the same venue as another professional sport. Dolphin Kenny Stills visited and met with American Sam Querrey, exchanging a jersey for a racquet. While Kyrgios is not a huge NFL fan, he enjoyed the opportunity to compete on their stage.

“I think they’re amazing athletes and it’s an amazing sport. I’m not a fan, like I don’t watch it religiously. But I know that they’re unbelievable athletes and to have them playing in there and for me to even take part in this whole venue is amazing,” Kyrgios said. “From a guy who grew up in Canberra, Australia and has been through a lot of stuff, to come here and play is pretty special.”