John Isner, Mohamed Lahyani and Nicolas Mahut stand on Court 18 at the All England Club.

Nobody will soon forget the first-round battle between John Isner and Nicolas Mahut at 2010 Wimbledon. The epic, which remains the longest match in tennis history, lasted 11 hours and five minutes over three days, from 22-24 June. The chair umpire was Sweden’s Mohamed Lahyani.

“The first day when I started was nothing special. It was like a normal match. You had two sets all, that can happen. At Wimbledon you have many times a suspension because of darkness, because it’s late,” Lahyani said. “I was not thinking anything. The second day was when I started thinking in the middle of the match, ‘This is unbelievable.’”

The length of the match became increasingly stunning as the games ticked by on the second day, 23 June. What was perhaps a bigger surprise for Lahyani was the phone call he got from his wife, Mariam, who was in Tangier, Morocco, 15 minutes before he walked on court to begin the fifth set.

“My wife called me just before that day and she said I just wanted to let you know we have special news: ‘It’s a boy!’” Lahyani recalled of the moment he found out they were going to have a son. “I told her, ‘I will finish my match. It will be over in one hour and then we’ll talk.’ That was unbelievable, and she was waiting for more than seven hours!”

You May Also Like: Locker Room Confessions: Inside the Isner-Mahut Epic

Mariam did not watch the match, so she didn’t realise that her husband was presiding over something historic.

“I could not even sleep that night because it was too much,” Lahyani said. “Everybody was talking about the records and a lot of things. It was a special feeling.”

Lahyani didn’t realise what the match would become. But it also didn’t matter to him — he prides himself on treating every match equally.

“People always think about the final, final, final. But it doesn’t need to be a final to be the greatest match. This was a first-round match. I tell the young officials, ‘You have to treat every round the same.’ My best match was the first round. Don’t think the final should be your best,” Lahyani said. “You never know. The final could be the easiest. Most of the toughest matches are in the first round. You need to treat every match the same, even if it’s Court 18. It’s not just when you walk on Centre Court. Every match is important.”

Lahyani is most proud that over the course of the three days, there were no arguments from either player. For that, the Swede gave credit to everyone around him.

“It was teamwork. It was the line umpires, the ball kids, everyone around the court did something special. I was telling myself, as soon as a player was bouncing the ball, I told myself, ‘Mohamed, focus. You don’t want to finish the match after so many hours and do something stupid,’” Lahyani recalled. “I try to teach that to all my colleagues, the younger officials and everything, you need to focus the whole match. I think that match is a special example. If you lost concentration for a split second, you could destroy the whole match.” 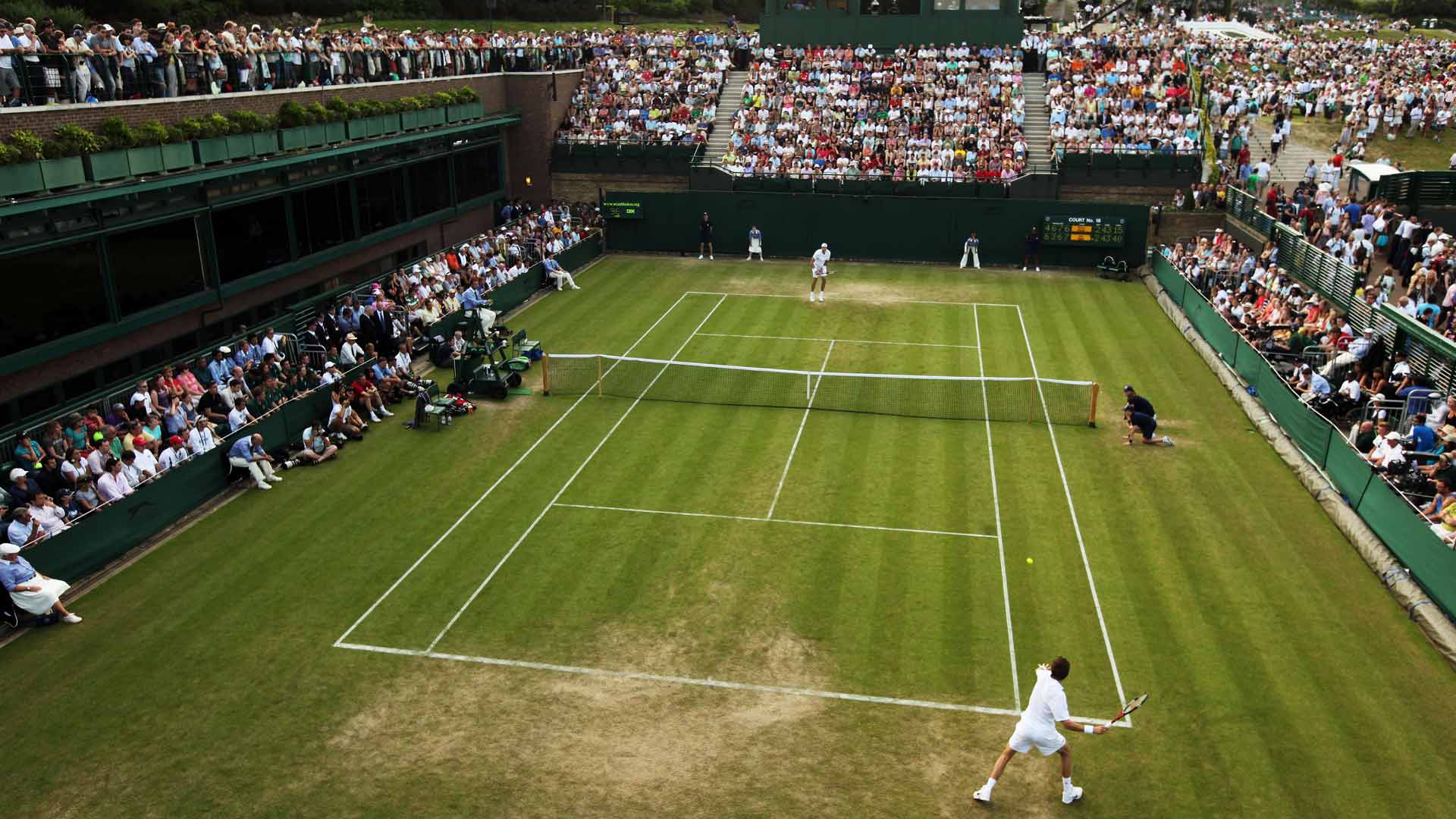 The moment from the match that stands out most came late in the second day, after Mahut hit an ace down the T to level the fifth set at 50-50. The crowd gave the players a standing ovation, and Lahyani bellowed: “Game, Mahut. 50 Games All. Final Set.”

“When I said 50 games all, there was a standing ovation for what felt like minutes. The players had to tell the crowd to calm down and I had to say, Thank you, thank you.’ It was like a wave,” Lahyani said. “They were clapping for a while, it was unbelievable. It’s a special memory, 50 games all.”

After the match, Lahyani remembers Isner asking him a funny question: “Mohamed, you didn’t go to the bathroom? How come?”

“I was so concentrated on the match, so I didn’t even have time to think about food, drinks, anything,” said Lahyani, who didn’t take a single bathroom break. “I said, ‘Mohamed now it’s only the match. Don’t think of the people around you.’ You could see so many people standing around the court, everybody was there cheering. It was one of the best atmospheres and best feelings I’ve had in my career.”