Fabio Fognini and Simone Bolelli won the doubles match on Sunday in Perth to hand Team Italy victory at the ATP Cup.

The 2015 Australian Open doubles champions worked hard to overcome Casper Ruud and Viktor Durasovic 6-3, 7-6(3) in the Group D clash at the RAC Arena to give Italy a 2-1 win over Team Norway. Italy had previously lost 0-3 to Russia on Friday.

Stefano Travaglia won Italy the first singles match on Sunday with a 6-1, 6-1 win over Durasovic, then Norway’s Ruud beat Fognini 6-2, 6-2 for his second win over a Top 20 player at the inaugural tournament.

Italy will next challenge United States on Tuesday, while Norway, 2-1 winners over United States on Friday, faces Russia in its final round-robin match. The 24-team event is being played in Brisbane, Perth and Sydney from 3-12 January, with the Final Eight beginning on Thursday in Sydney.

“We won a very tough tie today, and Norway's playing very good,” said Bolelli. “It was a very important point for Italy to stay alive in the competition. We are confident, we are still in, and now we have to prepare the match against the United States."

Durasovic saved two break points on serve at 2-3, before the Italians raised their games with deep returning to win three straight games for the 33-minute set. Durasovic fired back to life, helping Ruud save three break points at 1-1 in the second set, but Bolelli and Fognini continued to target the inexperienced Durasovic. Strong play in the tie-break saw the Italians, who reached three ATP Masters 1000 finals together in 2015, clinch the match in 90 minutes.

“It was a very tough doubles," said Bolelli. "We were lucky to win the point at 3-3, 0/30 [Bolelli hit a volley that landed in and span back into the net]. That I think maybe changed the first set. But all the match, we had chances also to break them — in the second set two or three times.

“Every time that I play with Fabio I feel confident. We know each other very well, so we know how to play on court. We have our strategies. And I knew that it was tough because these guys beat a very good doubles team on the first day [Rajeev Ram and Austin Krajicek of the United States].” 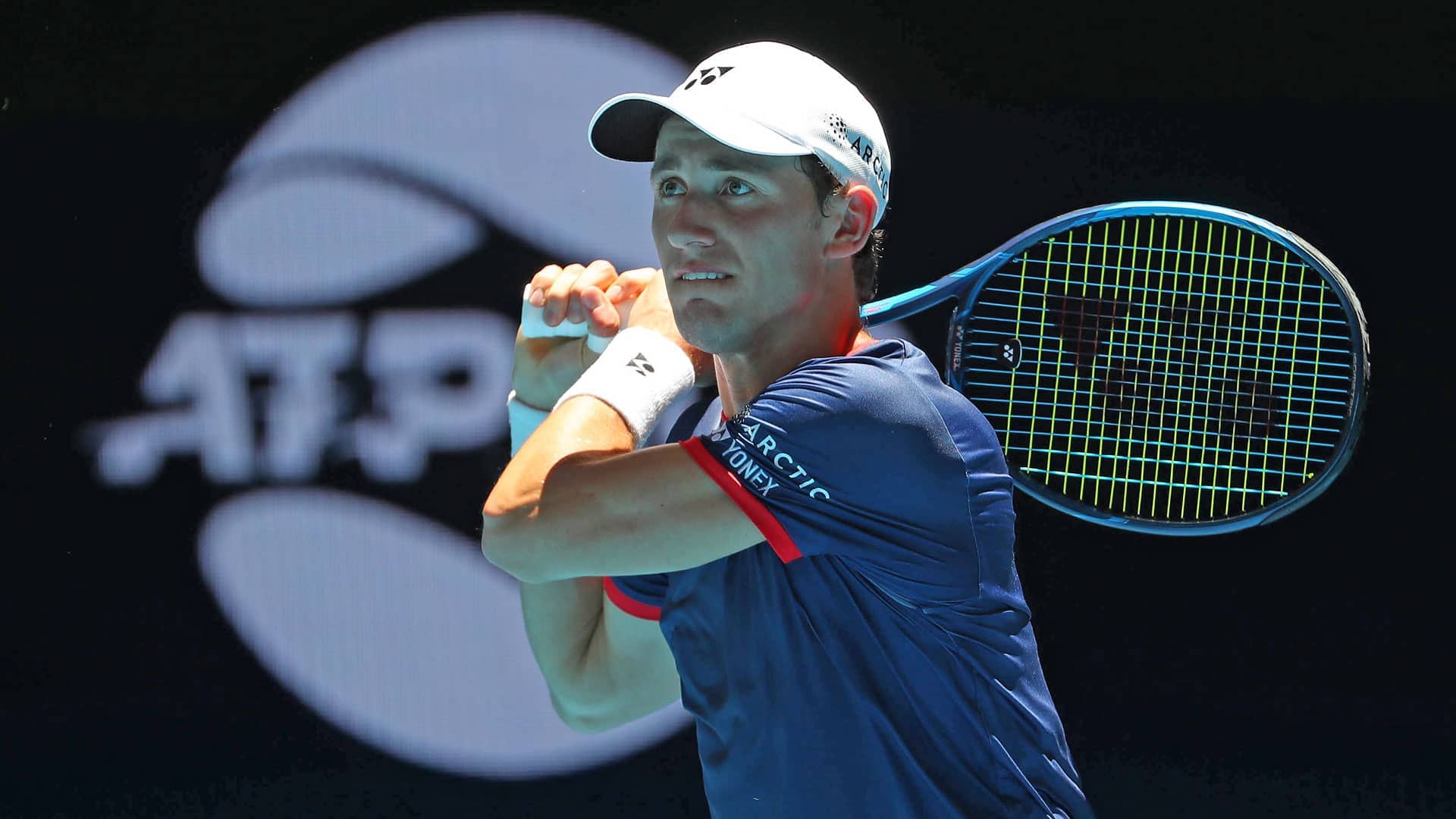 Casper Ruud continued his excellent start to the 2020 ATP Tour season by beating his second Top 20 player in the second singles match. Ruud overcame World No. 12 Fabio Fognini of Italy 6-2, 6-2 in 67 minutes, two days on from saving two match points to beat No. 19-ranked John Isner of the United States.

“I'm very, very happy and excited about beating another Top 20 player, and the way I did it also,” said Ruud. “I played a very good match. The score was more comfortable than against Isner… It's a great start of the year, and I'm looking forward for more and hopefully I can beat even higher-ranked players throughout the rest of the season."

Two breaks of serve in each set helped Ruud to the biggest win of his career in a highly professional performance against Fognini, whose wife, former WTA pro Flavia Pennetta, recently gave birth to their second child, a daughter named Farah.

World No. 54 Ruud came through the first set in 35 minutes, with unforced errors costing Fognini, who hit 10 winners. The Perth heat looked to affect Fognini in the second set as Ruud won four straight games from 2-2 to level the tie at 1-1.

“I think if I'm able to crack the Top 50 now, and stay in the Top 50 for the whole year, and hopefully even higher, I think I will be very happy with the year," said Ruud. "There are so many good players these days, and of course you're going to set high goals, but you have to be a little bit realistic.” 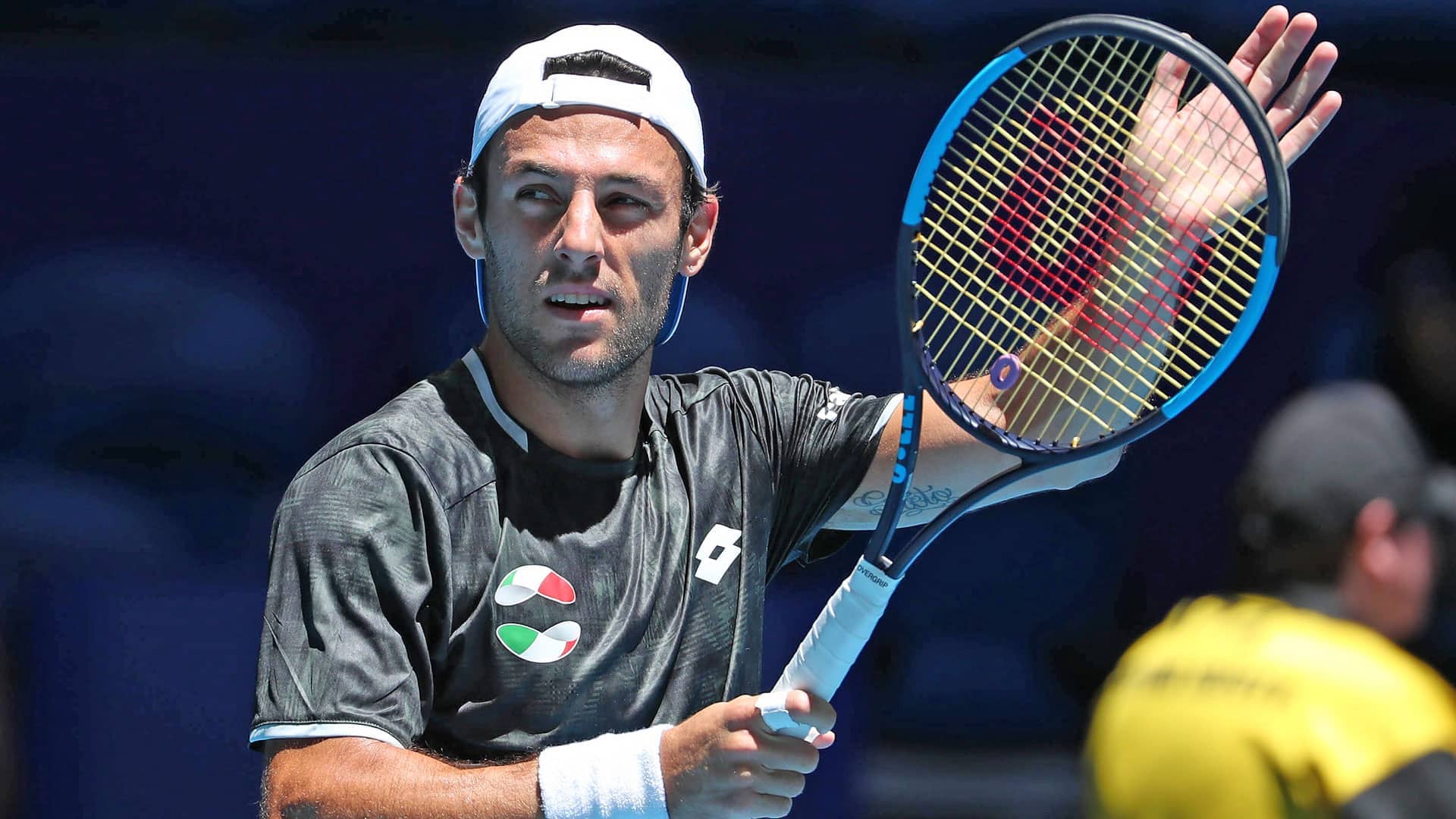 Travaglia gave Italy the early advantage in its bid to secure a first Group D tie win. The World No. 84 lost just two of his first-service points (15/17) against Durasovic of Norway in a 6-1, 6-1 victory over 57 minutes at the RAC Arena, where temperatures hit 34°C (93°F).

“Today was different conditions than two days ago against Khachanov,” said Travaglia. “The court was faster, the balls faster and the sun was so hot… I started very well, having prepared yesterday with my captain and my coach in the strategy room. I was solid from the first point. I just tried to play my tennis, with my feet inside the court and I tried to go to the net.”

Travaglia, who lost to Russia’s Karen Khachanov in the first tie, dominated from the start as nerves once again affected Durasovic, who committed 16 unforced errors in the 29-minute opener. Travaglia completed the set with his fifth winner, a crosscourt forehand volley winner.

Forehand errors continued to stack up for Durasovic, two days on from his loss to Taylor Fritz of United States. Travaglia won seven straight games form 2-1 in the first set to 3-0 in the second set.