Italians unable to qualify for the Final Eight in Sydney

Fabio Fognini and Stefano Travaglia both produced strong service performances to help Team Italy to its second tie victory on Tuesday in Group D at the ATP Cup in Perth.

Fognini broke a two-match losing streak at the inaugural tournament for the tie-clinching win by beating John Isner of Team United States for the first time, 6-4, 7-6(5) in 90 minutes, at the RAC Arena.

Travaglia had got the Italians off to a winning start with victory over Taylor Fritz in the first singles match. Simone Bolelli and Fognini then won the doubles 6-4, 6-7(5), 10-3 over Austin Krajicek and Rajeev Ram. United States finishes with an 0-3 ties record.

World No. 12 Fognini, who won 42 of his 43 first-service points, broke Isner’s serve in the ninth game of the first set, and saved his only break point at 0-1 in the second set. Isner hit 15 aces for a total of 52 aces in his three matches, ensuring $5,200 goes towards to the Australian Red Cross bushfire disaster relief fund.

"I couldn't really penetrate on him at all," said Isner. "It was tough out there. He passes so well. Conditions are maybe a little bit slow, so it's tough to hit through the court, especially against a player like him. That's what I was having issues at tonight." 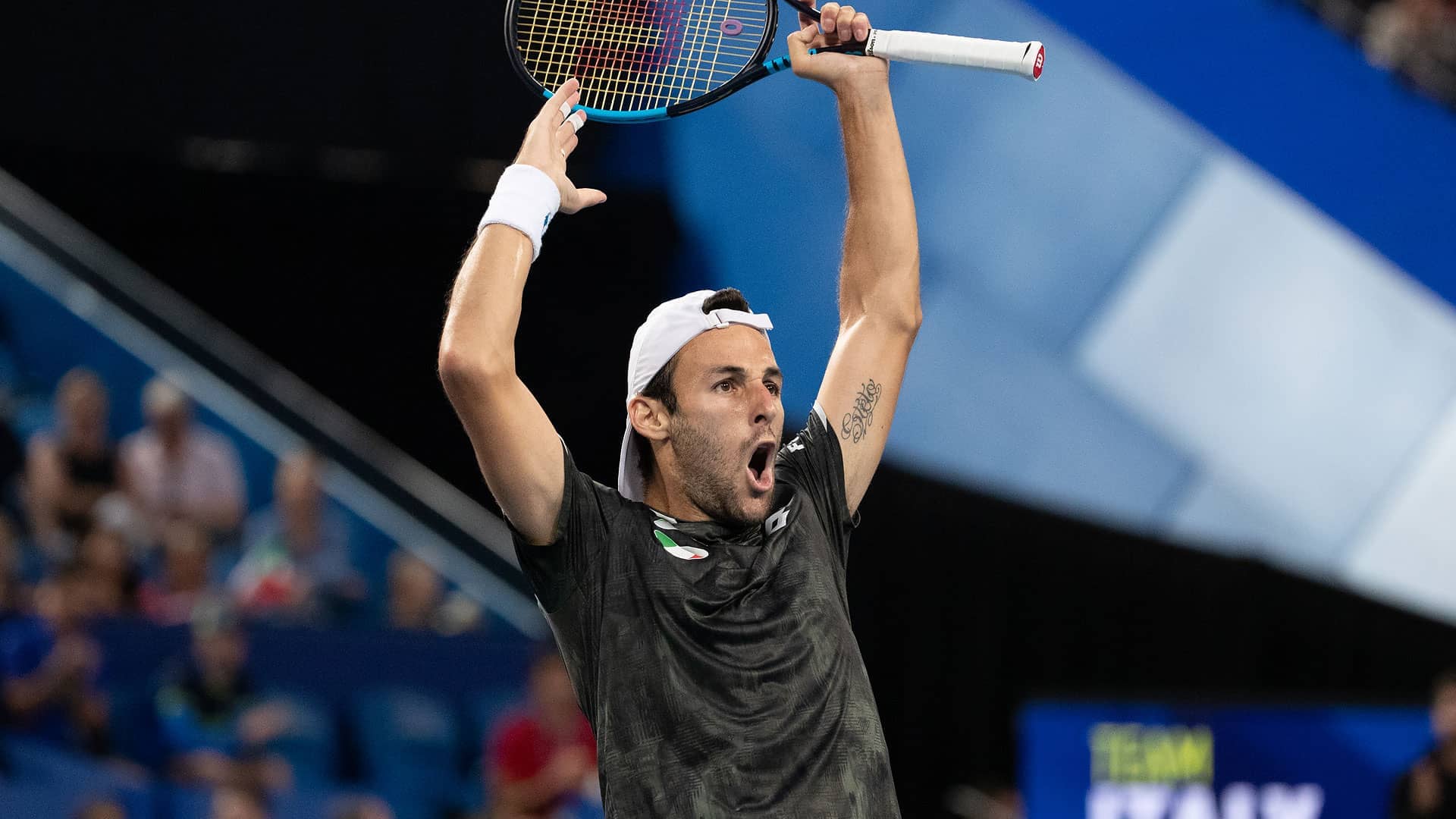 "I was feeling good from the beginning," said Travaglia. "I was feeling good with the return first and with my serve too - better than in the past two matches. I think I adapted very well in these conditions in the evening, no wind, no heat and it was slower. The courts were slower than the practice court... I think it is my best result of maybe the past two years. I'm very happy of this result."

World No. 82 Travaglia won 94 per cent of his first-service points (44/47), and was quick to move up the court for winners in his first meeting against Fritz, who ends the inaugural tournament with a 1-2 singles record.

When Fritz was asked if he could do anything differently, the American said: "That's what I've been trying to figure out for the past 20 minutes... From the ground, I think, maybe I just could have tried to be a little more aggressive, but with how worn out the balls were getting, I didn't feel really confident driving the ball... I just felt in both those tie-breaks, I was just kind of playing within the margins that I felt comfortable playing in and not missing. And he was hurting me serving really well. So it's one of those matches where I have to say, too good."