Goran Ivanisevic is the first Croatian to earn induction into the International Tennis Hall of Fame.

Goran Ivanisevic delivered an emotional, self-deprecating speech Saturday evening as he became the first Croatian to earn induction into the International Tennis Hall of Fame.

“We are a small country with a huge heart. We never stop believing. I had a lot of ups and downs, and I never stopped believing,” Ivanisevic said. “For the first time in my life, I can say I am proud of myself.”

The former World No. 2 spoke as fans wearing Croatian football jerseys sat sprinkled throughout the Newport crowd. Ivanisevic shared his appreciation for all the fans throughout the world who stayed with him through the highs and lows of a memorable career in which he lifted 22 tour-level trophies.

“It was not easy to be my fan. It was frustrating, it was sad, probably a lot of people got divorced because of me,” Ivanisevic said. “But one thing is for sure: it was entertaining to be my fan.”

You May Also Like: Hall Of Fame Awaits, But Which Goran Will Be Inducted?

The legendary lefty’s crowning achievement was his triumph at The Championships 20 years ago. During that fortnight, he revealed there were three Gorans: Good Goran, Bad Goran and Emergency Goran. Ivanisevic laughed as he mentioned them in his speech.

Ivanisevic remains the only wild card to win The Championships. World No. 125 at the time, the Croatian has not forgotten the opportunity that tournament organisers gave him.

“I would like to thank the Wimbledon committee for giving me a wild card,” Ivanisevic said. “I don’t know if they did a good job or not, or if they now regret it. But thank you guys, because if you didn’t give me a wild card, I wouldn’t be standing here. I think it was a good decision.” 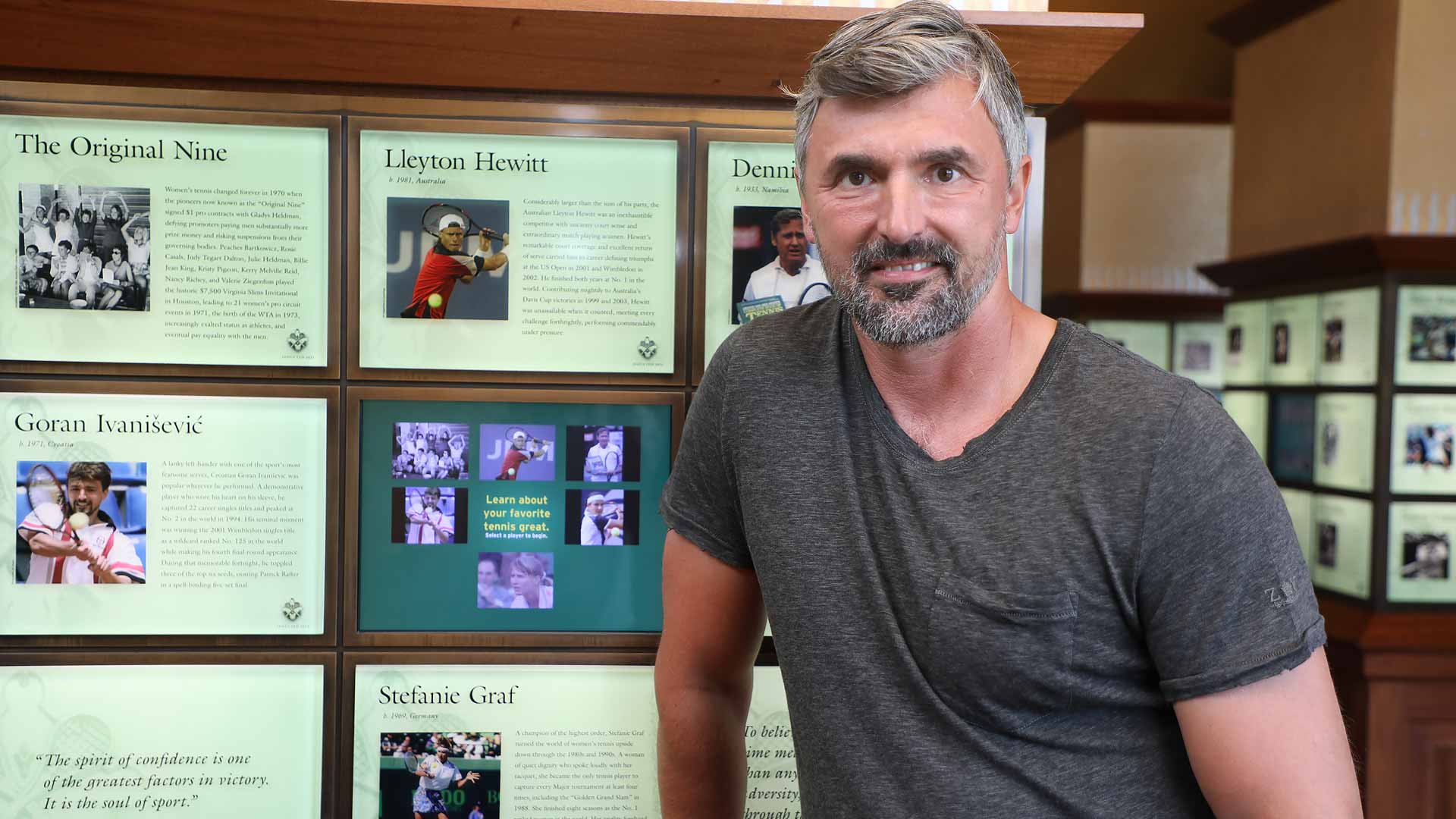 Former World No. 1 John McEnroe, who inspired Ivanisevic to start tennis, shared a fitting virtual message to introduce the Croatian. The American explained their similarities on the court — in game and mannerisms — while detailing why Ivanisevic is thoroughly deserving of this honour.

“I love Goran Ivanisevic, and I am absolutely thrilled to induct someone into the Hall of Fame who is arguably crazier on the court than I was,” McEnroe said, eliciting a fit of laughter from the crowd. “But here’s the truth: He’s been great for the sport of tennis, certainly has personality. Yes he’s a character, yes he had serious game. He’s lefty, I like that. He’s super-talented.”

Nothing was ever straightforward with Ivanisevic on court, and according to McEnroe, that is why fans grew to adore him.

“He always had me on the edge of my seat because I never knew what was going to happen next, and I’m not sure he did either,” McEnroe said. “But his unpredictability was also partly why we loved him.”

Ivanisevic praised all who were inducted Saturday, including Conchita Martinez, the Original Nine and Dennis Van Der Meer (posthumously). He thanked all his coaches, his wife, his children, but the most emotional moment of the evening was when he turned his focus to his parents, Gorana and Srdjan. 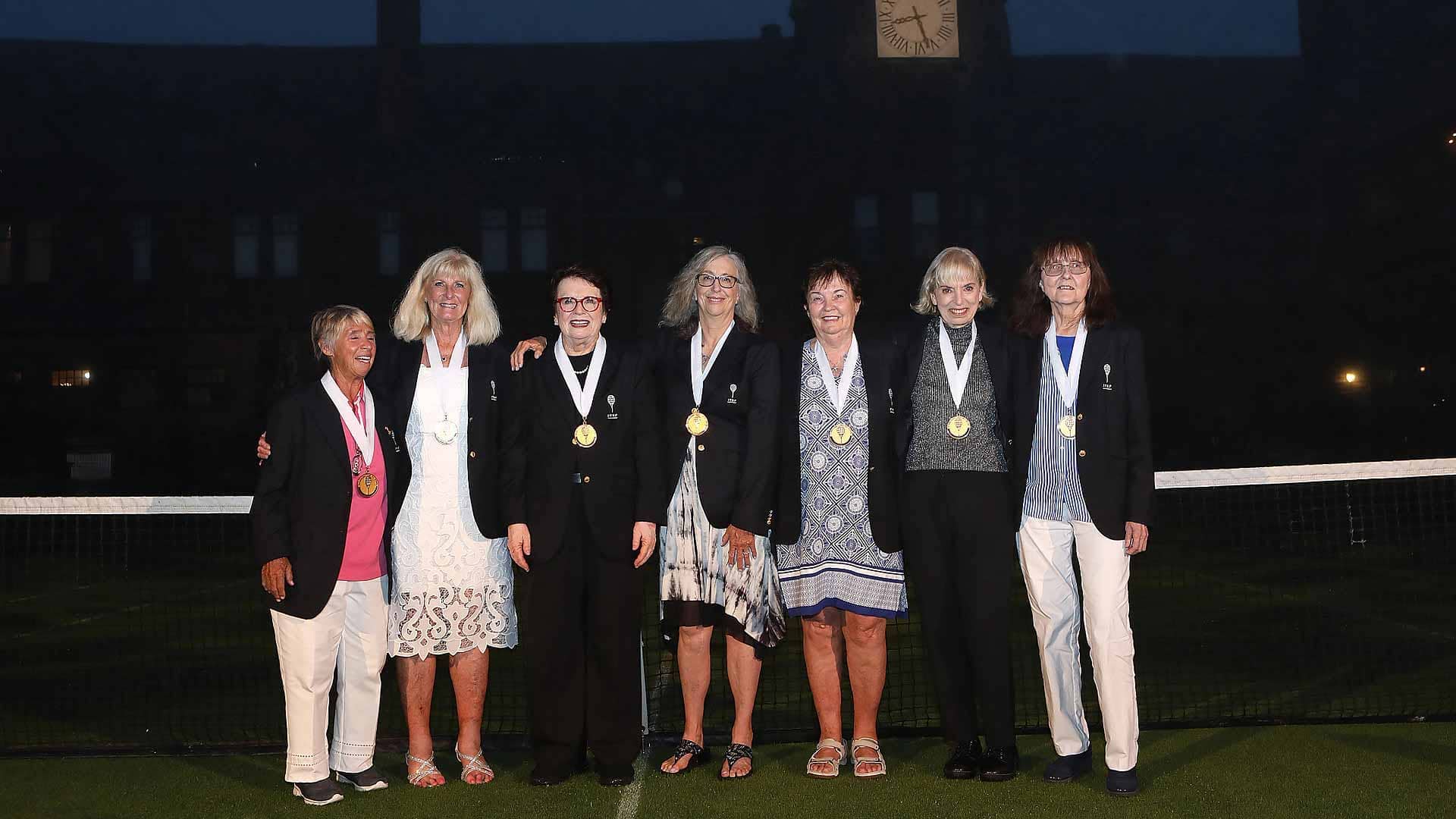 Those nine courageous women stood together against disparities in playing opportunities and prize money to launch women’s professional tennis on 23 September 1970.

“[We] had one vision for the future of women’s tennis," King said. "We wanted any girl in the world, if she was good enough, to have a place to compete; to be recognised for her accomplishments, not only her looks, and most importantly, to be able to make a living playing professional tennis. Today’s women professional tennis players on the WTA Tour are living our dreams."