Yoshihito Nishioka held his nerve to get the better of Nikoloz Basilashvili for a Team Japan tie victory on Monday at the ATP Cup in Perth.

Yoshihito Nishioka and Go Soeda helped Team Japan to clinch its second tie victory in Group B at the inaugural ATP Cup on Monday afternoon.

Nishioka and Soeda both won their second singles matches of the tournament in a 2-1 win over Team Georgia at the RAC Arena in Perth.

“Yoshi has now beaten two good players with very good tennis, and he showed us his potential is so big,” said Team Japan captain Satoshi Iwabuchi. “Also Go, who did not have an easy match… We have won the two ties. In two days’ time we play Spain. So far, so good.”

Aleksandre Bakshi and Zura Tkemaladze earned Georgia its first point of the tournament by beating Toshihide Matsui and Ben McLachlan 6-2, 6-4 in 67 minutes in the doubles rubber.

Nishioka, who needed 54 minutes to beat Pablo Cuevas of Team Uruguay on Saturday, raced out to a 3-0 lead in his first meeting against Basilashvili, who successfully defended the Hamburg European Open crown last year. Basilashvili, broke serve in the third game of the second set, but 38 total unforced errors cost the 27-year-old in the long run, as Nishioka won five of the next six games for victory. Perhaps Basilashvili’s best chance to seize the momentum away from Nishioka came at 3-3 in the 44-minute second set, when he had three break point chances.

“I tried to do what he doesn't want to do,” said Nishioka. “I know he likes to hit the ball hard. For sure he can hit an ace many times, but he misses many times, as well. I tried to make a lot of balls using my tennis style – moving a lot, using the moon ball.” 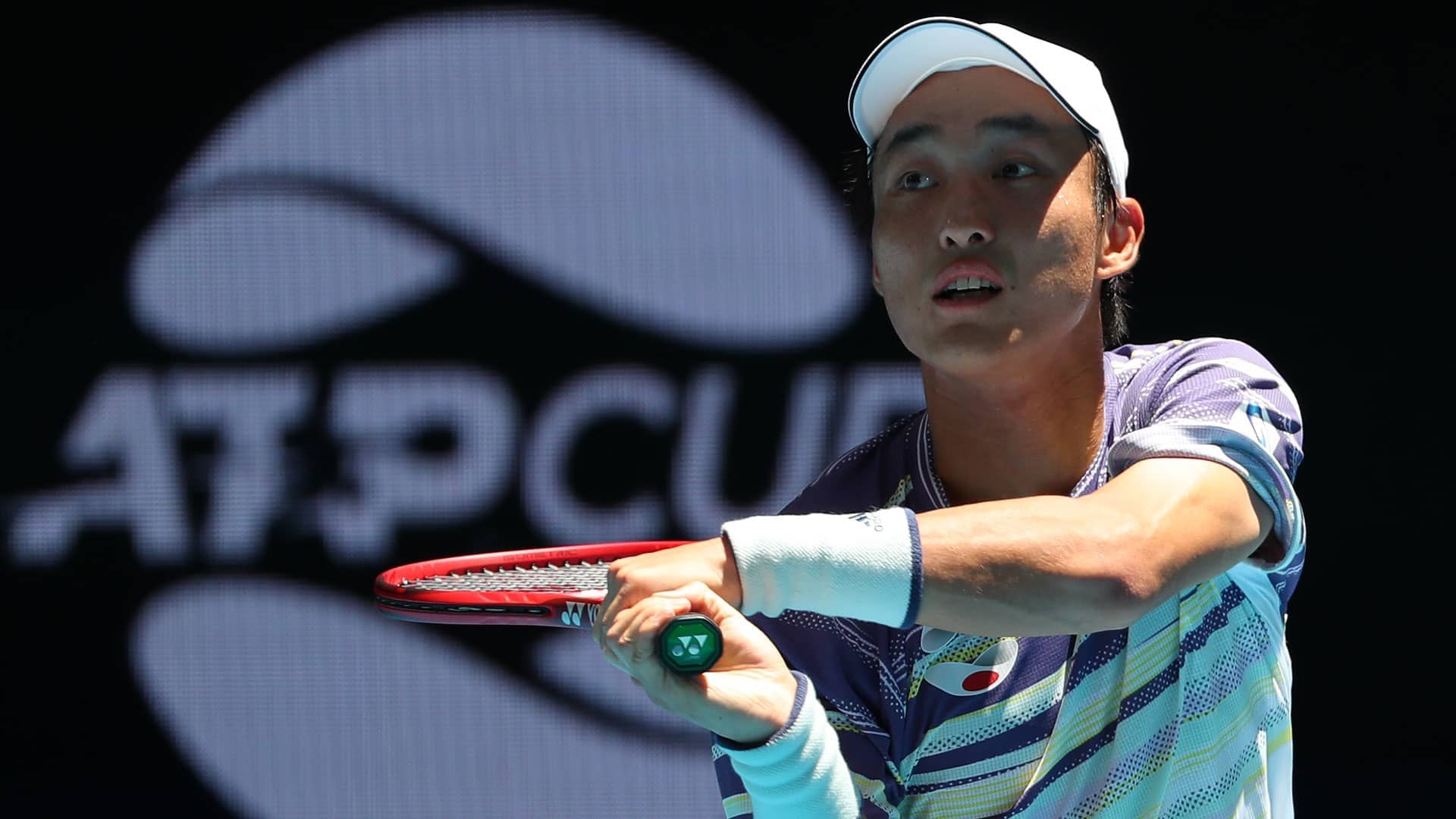 Soeda put Team Japan on course for a second tie victory by winning the opening singles match against Aleksandre Metreveli of Team Georgia. Soeda hit 19 winners in a 4-6, 6-3, 6-2 triumph at the RAC Arena over two hours and 16 minutes .

“He was playing well and also I was super tight, because I needed to win the match, especially as the No. 2 singles player,” said Soeda. “But from the second set, I just tried to focus, focus on the points. I had no idea how he played, so I watched YouTube and the match against Spain. It was really tough to play him, he has a huge forehand… The next singles match [against Roberto Bautista Agut of Spain on Wednesday], I will have no pressure, so I can do more.”

Metreveli worked his way back from 0-3 down in the first set, dominating rallies under four strokes, but Soeda capitalised by drawing out rallies in the second set. Soeda gained 2-0 leads in all three sets, but in the decider his overall consistency reaped dividends and he recorded his second singles win of the inaugural tournament. On Saturday, Soeda beat Martin Cuevas.