Aslan Karatsev (far right) was a member of the Russian team that lifted the ATP Cup trophy last week.

ATP Staff
This article contains:
Karatsev is making the most of his Grand Slam debut

Editor's Note: This story was first published 11 February after Aslan Karatsev won his second-round match at the Australian Open. He is now into the quarter-finals after defeaing Felix Auger-Aliassime in five sets Sunday.

After Team Russia won the ATP Cup on Sunday, Daniil Medvedev stepped to the microphone to speak on behalf of his team during the trophy ceremony. The reigning Nitto ATP Finals champion singled out countryman Aslan Karatsev, who did not play a live match during the event because of Medvedev and Andrey Rublev’s singles dominance.

“Aslan, I’m not joking, was a secret weapon for doubles,” Medvedev said. “He didn’t manage to show it because we didn’t have a 1-1 match, but he was our secret weapon.”

If Karatsev’s skills were a secret, they’re out in the open now. The 27-year-old beat Egor Gerasimov 6-0, 6-1, 6-0 on Wednesday to reach the third round of the Australian Open.

This is Karatsev’s first Grand Slam main draw. On nine previous occasions, the Russian fell in qualifying. This January in Doha, the World No. 114 finally broke through, and he is making the most of his opportunity. 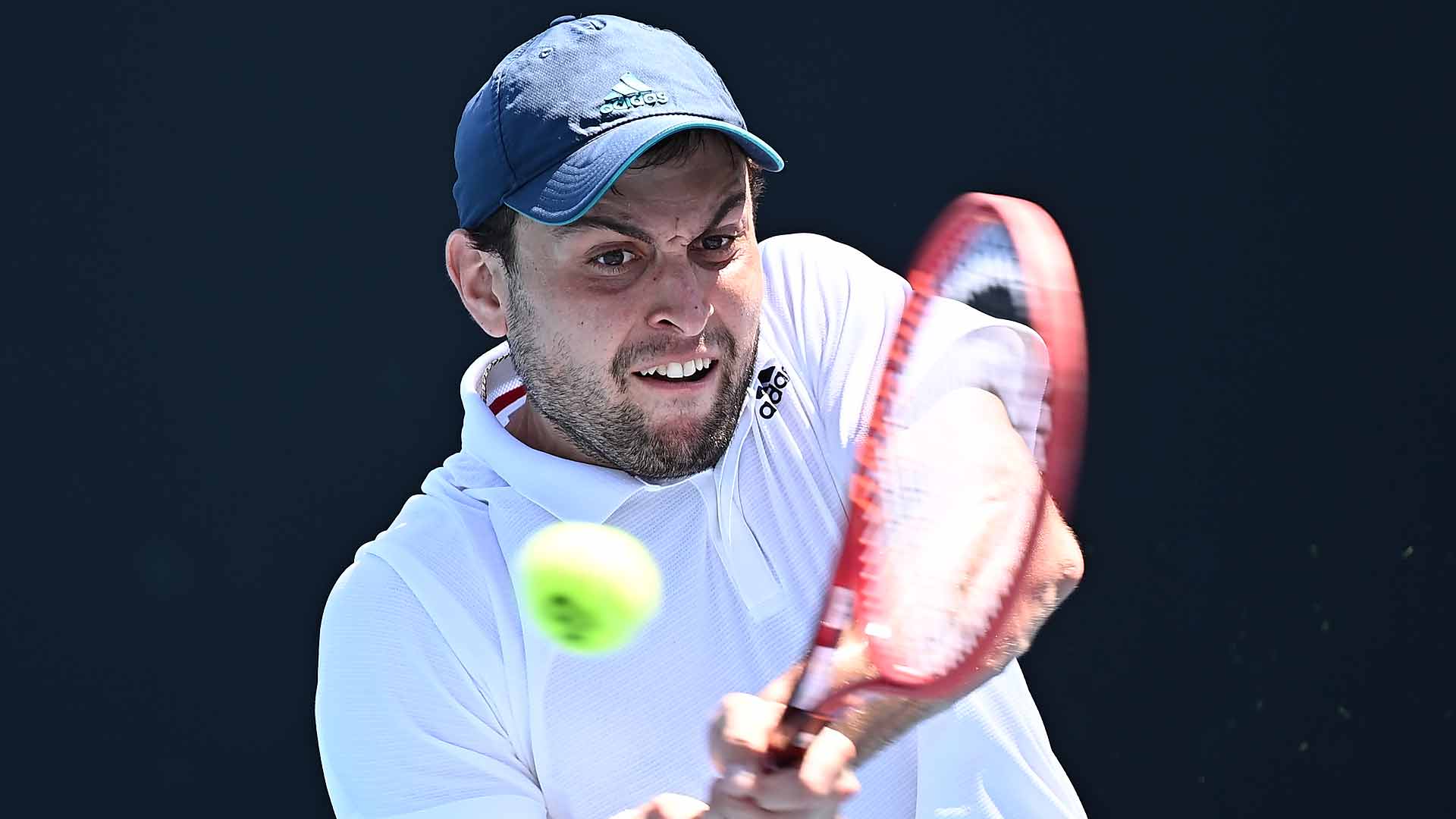 In 2017, the Russian struggled with a knee injury, which he suffered while training in Spain. That kept him out for six months.

“From this moment it was really tough to get the confidence back and to feel the game,” Karatsev said. “It was not that easy.”

When Karatsev returned, he struggled to find his form again. When play was suspended last March due to the COVID-19 pandemic, Karatsev was outside the Top 250 of the FedEx ATP Rankings and he stopped playing for three months. But once the Russian learned play would resume in August, he trained hard to prepare, and came out of the gates firing.

“I just played really well in the three Challengers in a row in the Czech Republic,” Karatsev said. “Of course when you’re winning matches, you get more confidence. You feel more relaxed when you go out on the court.”

Karatsev found the best level of his career, winning 18 of his final 20 Challenger matches to end the season, with 16 of those victories coming in straight sets. That sent him to a career-high World No. 111 in November, positioning him to compete on Russia’s ATP Cup team.

“Of course it’s a really good feeling. It’s a good atmosphere first of all. You see the big players, how they’re playing,” Karatsev said. “I was on the Russian team and you see how Medvedev and Rublev are playing. You get some confidence and you see how they do things. It’s helped me a lot.”

Now Karatsev will have arguably the biggest opportunity of his career against eighth seed Diego Schwartzman. Rublev feels it will be a good test for his countryman.

"In the end of last year he was already showing a really great level… I knew that he would do even better this season and in the end he already passed two rounds. He beat great guys and now he’s going to play against Schwartzman," Rublev said. "It’s going to be an interesting match. I think it’s going to be a challenge for him to see what he needs to improve and how the level is. Maybe he will have chances to win."