ATP Staff
This article contains:
The Russian faces Opelka next

Aslan Karatsev continued his breakthrough season by taking out third seed Daniil Medvedev at the Internazionali BNL d’Italia on Wednesday 6-2, 6-4 in one hour and 18 minutes. In what is just his fourth tour-level clay appearance, he moves into the third round where Reilly Opelka awaits.

"I'm super happy," Karatsev said. "It was a really tough match. Against Medvedev you never know, he's a big server. It's tough to return, but I managed it well."

Karatsev and Medvedev were facing off for the first time, but the Russians had familiarity with each other’s games having won the ATP Cup together this year. At the time, Karatsev was an afterthought in Russian tennis and relegated to doubles behind Medvedev and Andrey Rublev.

A lot has changed since February as Karatsev is now 21-6 this season, during which he beat Rublev en route to the Dubai title. Wednesday marked his second Top 5 win in the past month after upsetting World No. 1 Novak Djokovic in Belgrade. 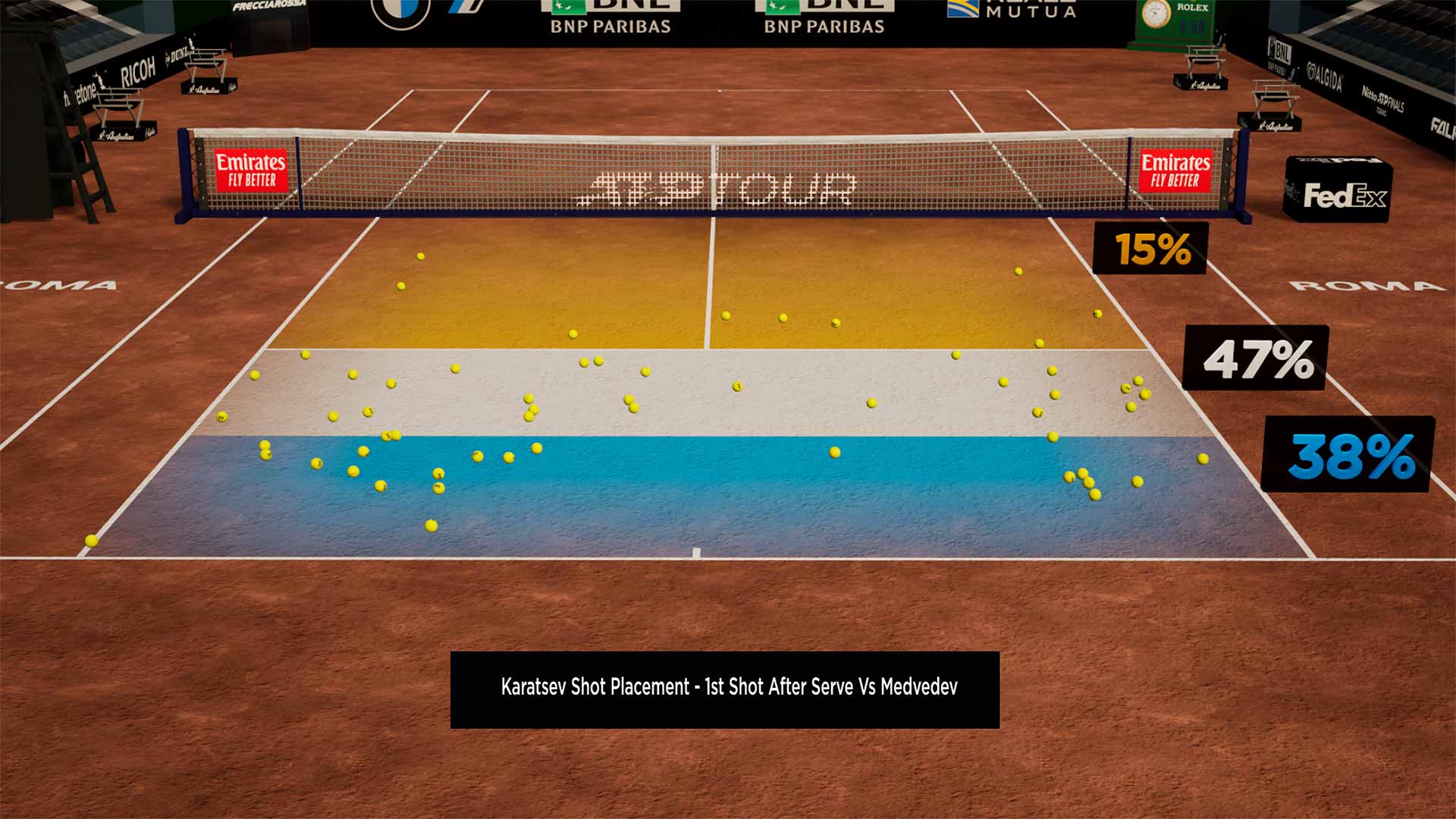 Although Medvedev is at a career-high World No. 2 in the FedEx ATP Rankings, he has yet to find his rhythm on clay with an early exit in Madrid and now Rome. Before losing against Karatsev, Medvedev had a flawless 6-0 record versus fellow Russians dating back to the start of 2019.

With Medvedev coming out slow, Karatsev made the first move with a break for 3-2 followed by a second break to lengthen his lead to 5-2. The World No. 27 served it out comfortably, winning 90 per cent of his first-serve points across the match and needing to save just one break point.

Karatsev used his forehand and aggressive court positioning to put pressure on Medvedev, who was passive from start to finish. Karatsev maintained his focus in the second set and a series of slick winners, including a flick-of-the-wrist forehand passing shot and a sharp volley, helped him get a break for 4-3. It was smooth sailing from there to serve it out.