Aslan Karatsev (top) reacts to a Diego Schwartzman backhand during their match on Wednesday in Madrid.

ATP Staff
This article contains:
Russian to play Bublik in third round

When Aslan Karatsev first beat Diego Schwartzman at the Australian Open three months ago, the tennis world knew very little about the 27-year-old. In the words of Daniil Medvedev, he was Russia's "secret weapon" at the ATP Cup. Today, things are very different.

Karatsev beat seventh seed Schwartzman once again on Wednesday, 2-6, 6-4, 6-1 over one hour and 49 minutes, for a place in the Mutua Madrid Open third round. 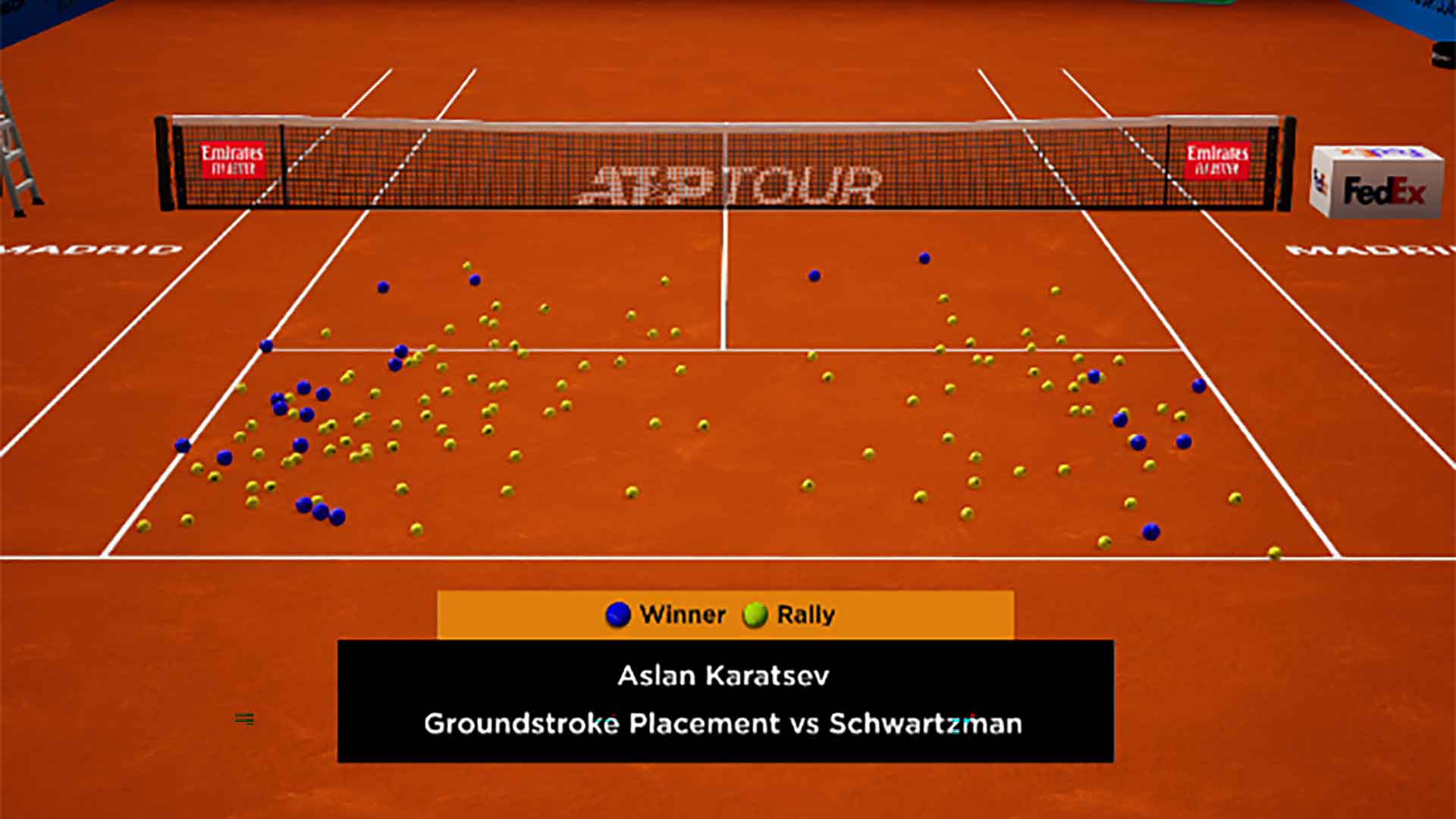 Karatsev has long since proven that his February run to the semi-finals at Melbourne Park was no fluke, picking up his first ATP Tour title at the Dubai Duty Free Tennis Championships (d. Harris) a few weeks later and breaking into the Top 30 of the FedEx ATP Rankings.

After his fourth Top 10 win of the year in Madrid, Karatsev will meet Alexander Bublik of Kazakhstan on Thursday for a place in his first ATP Masters 1000 quarter-final. Karatsev has a 19-5 match record in 2021.

Schwartzman looked to have the match under control when he led by a set and 2-0 on Stadium 3, but Karatsev began to find his range and worked his way back. From 4-4 in the first set, the Russian won seven straight games and ended the match with 33 winners to Schwartzman’s three. Three months ago, Karatsev beat Schwartzman 6-3, 6-3, 6-3 in the Australian Open third round.

"I'm not sure if I changed something," said Schwartzman. "I think he changed. He was missing almost every single shot. After [I was up] 6-2, 2-0, he started to hit too many winners, too many aces... It was very difficult for me. Halfway through the second set he was playing very hard, very close to the lines, serving too many first serves. I had no chance after that."

Elsewhere, Argentine qualifier Federico Delbonis set up a third-round clash with eighth-seeded Italian Matteo Berrettini after beating Albert Ramos-Vinolas of Spain 7-6(5), 6-3 in one hour and 40 minutes. Ramos-Vinolas arrived in Madrid on the back of lifting his third ATP Tour title at the Millennium Estoril Open (d. Norrie).