When Marton Fucsovics walked off Centre Court in Dubai Thursday evening, he told his opponent, Andrey Rublev, "I hope I don't play you anymore this year." The Hungarian is likely not the only player who has felt that way in 2021.

Rublev defeated Fucsovics 7-5, 6-2 to reach the semi-finals of the Dubai Duty Free Tennis Championships. The Russian has now won 23 consecutive matches at ATP 500 events, losing only five sets during that streak.

"I have really great connection with Marton and we are good friends on Tour. I have a huge respect for him. All the matches that we've played each other were drama matches," Rublev said. "We just smiled because we always have tough matches against each other. It's not easy to play each other.

"It's always long rallies, it's always tough points and in the end we just smiled."

Rublev took advantage of nine Fucsovics double faults, including one on set point in the first set. The World No. 8 saved the only break point he faced, and he will now play ATP Cup teammate Aslan Karatsev, with whom he won last week's Doha doubles title.

"I just need to play my game, nothing more special. I don't know why, but I'm really excited to play this match because Aslan is playing really well now. He's full of confidence and I want to see how he's playing. I want to challenge myself, because he's winning really great matches." 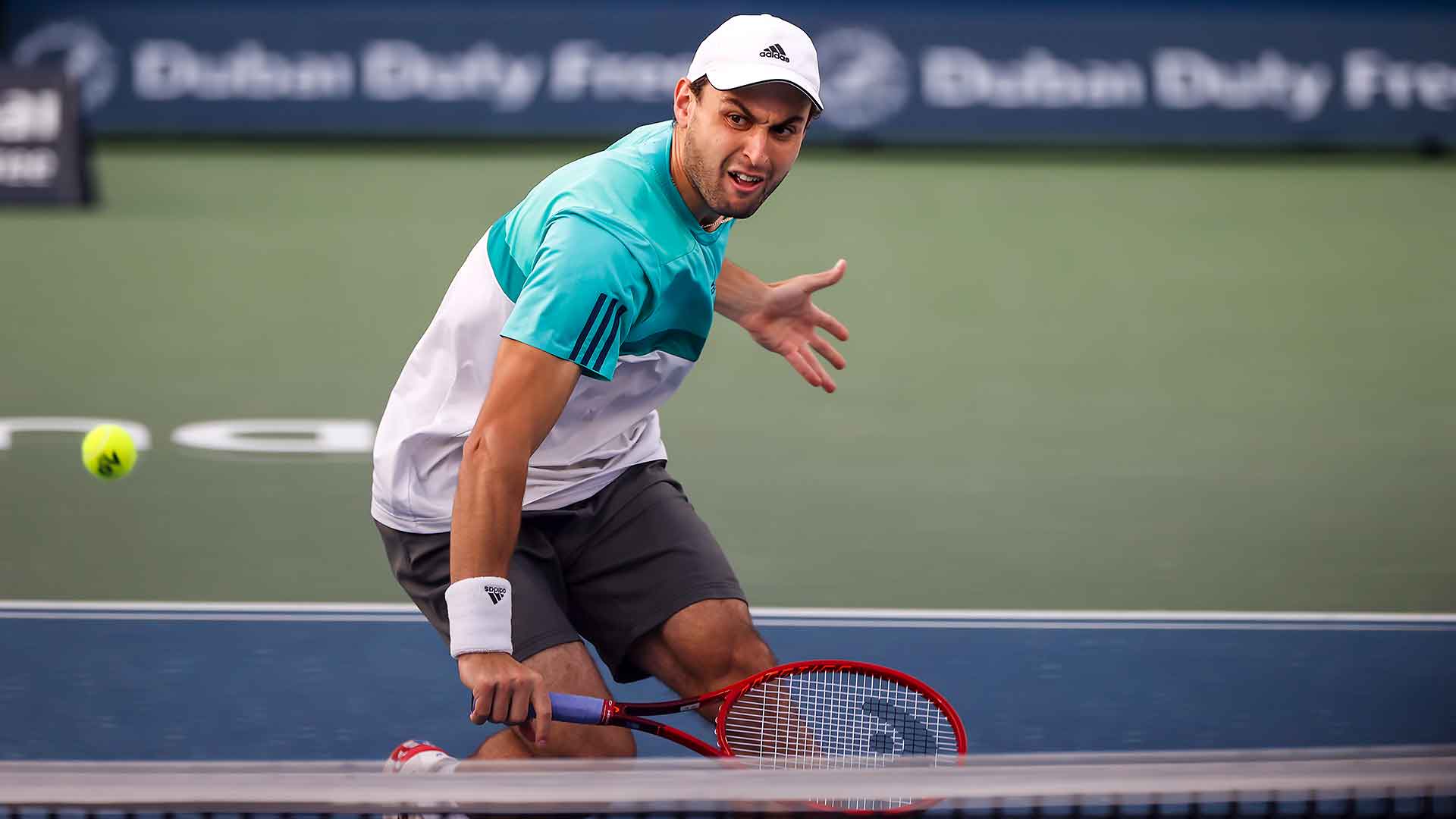 Karatsev continued his strong start to the season on Thursday by reaching his first ATP 500 level semi-final. The Russian wild card hit 41 winners to earn a hard-fought 6-7(5), 6-3, 6-2 victory over No. 16 seed Jannik Sinner of Italy in two hours and 30 minutes. The 27-year-old is only the second wild card since 1998 to reach the Dubai semi-finals, following in the footsteps of Malek Jaziri three years ago.

“It was tough at the beginning as he is a really talented guy,” Karatsev said. “In the tie-break I was a little unlucky. I felt more comfortable in the second set and knew how to play against him.”

Last month, Karatsev became the first player in the Open Era to reach the semi-finals on his Grand Slam championship main draw debut at the Australian Open (l. to Djokovic). Having started the year at No. 112 in the FedEx ATP Rankings, Karatsev could break into the Top 30 on Monday if he goes on to lift the Dubai crown.

Sinner took a 4-1 lead in the first set and did well to remain focused after Karatsev had recovered to 4-4. The 19-year-old Italian needed three set points and a strong tie-break performance to clinch the 61-minute opener.

In a reversal of fortunes in the second set, it was Karatsev who won the first three games and grew in confidence. After an early exchange of breaks in the decider, Karatsev won five straight games from 1-2 down.

World No. 32 Sinner, who captured his second ATP Tour title last month at the Great Ocean Road Open (d. Travaglia), is now 9-4 on the season.