Ivo Karlovic is one of many Croatians who looked up to former World No. 2 Goran Ivanisevic.

Karlovic On Ivanisevic: 'He's A True Legend All Over The World'

Most of today’s players were adolescents when Goran Ivanisevic crafted a storybook run to the Wimbledon title in 2001. #NextGenATP superstar Jannik Sinner was not even born. But if there is one current competitor who understands the Croatian’s impact on tennis, it is Ivo Karlovic.

“I always looked up to him,” Karlovic told ATPTour.com. “In Croatia, he was a star.”

The 42-year-old first met Ivanisevic at a Davis Cup tie when he was 16. “It was cool. He was a super funny guy and young and wild, so it was fun,” Karlovic remembered. From an early age, he had watched his country’s hero flourish.

Ivanisevic made his first big breakthrough at 17, when he advanced to the Australian Open quarter-finals as a qualifier. For Croatia, a country with little tennis history, that was big news.

“After that a lot of kids tried to imitate him with his strokes: his forehand, backhand and serve,” Karlovic said. “He was the idol for a lot of kids back then.”

You May Also Like: Karlovic: Ask His Age, He'll Bump Down A Number

Little did Karlovic know that in 2000, he would step on the doubles court alongside Ivanisevic in two Davis Cup ties. In 2001, they also competed together in an ATP Challenger Tour event.

“I was a little bit nervous, but he’s a really cool guy,” Karlovic said. “He was always trying to make it easier for me.”

That Challenger event was in January 2001. Five months later, Ivanisevic, then No. 125 in the FedEx ATP Rankings, needed a wild card to get into the main draw at Wimbledon, where he had previously made three finals.

“It was an underdog story,” Karlovic said.

But after a thrilling fortnight full of drama, twists and turns — including a three-day semi-final against Tim Henman and a memorable Monday championship match against Patrick Rafter — Ivanisevic finally emerged victorious at The Championships. 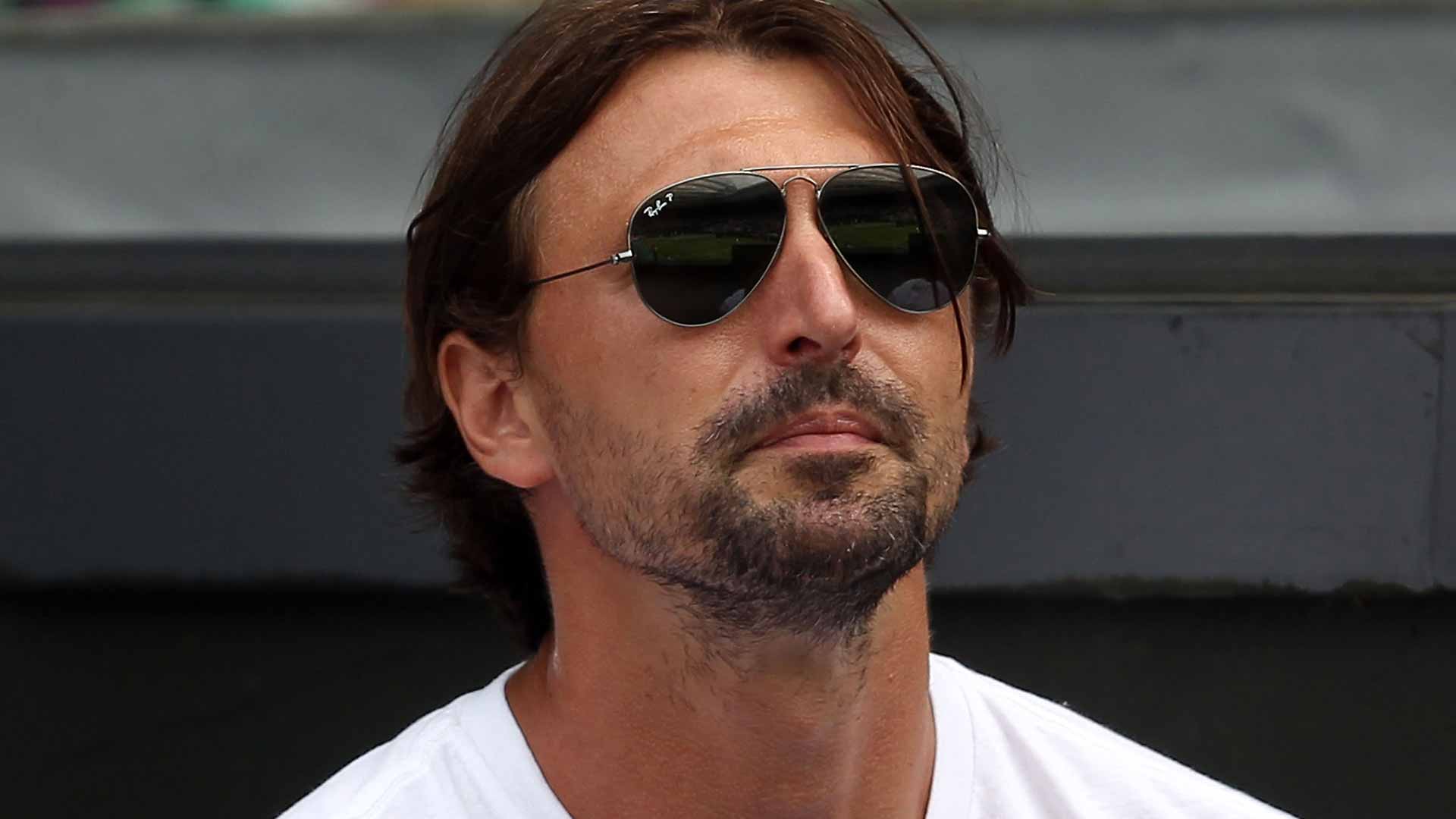 Ivanisevic watches Karlovic play Andy Murray at Wimbledon in 2012. Photo: Getty Images
Karlovic, the former World No. 14, remembers Ivanisevic’s kindness throughout the years as much as his triumphs. “Dr. Ivo” has crafted his own strong career, breaking the lefty’s career aces record at the 2015 China Open, after which Ivanisevic texted Karlovic to congratulate him.

It is fitting that Karlovic was in Newport this week competing at an ATP 250 in Newport, held at the International Tennis Hall of Fame. The World No. 210 lost in a tight second-round clash against top seed Alexander Bublik, but he was happy to be on the grounds the same week that Ivanisevic will become the first Croatian to be inducted into the International Tennis Hall of Fame.

“Of course everybody in Croatia, everybody in my generation was looking up to him because he was the young star,” Karlovic said. “For such a small country like Croatia, to have somebody in tennis in the Hall of Fame is just incredible.”