Palermo native Marco Cecchinato is the first Italian man to make a Grand Slam semi-final since Corrado Barazzutti at the 1978 Roland Garros.

Craig O'Shannessy
This article contains:
Infosys ATP Beyond The Numbers shows how Cecchinato's second serve will be the key to his semi-final

Marco Cecchinato’s stunning run to the semi-finals of Roland Garros can be greatly attributed to improved performance behind his second serve.

An Infosys ATP Beyond The Numbers analysis of the 25-year-old Italian’s second serve reveals it has typically been a weak link in his arsenal. He has won only 45 per cent of second-serve points for his career, and just 44 per cent this season.

You May Also Like: How Thiem Changes Tactics When He Changes Surfaces

Through five matches at Roland Garros, that win percentage has jumped to 54 per cent. The tournament average so far is 50 per cent (5347/10668), which highlights just how impressive he has been in this key area compared to the rest of the field. 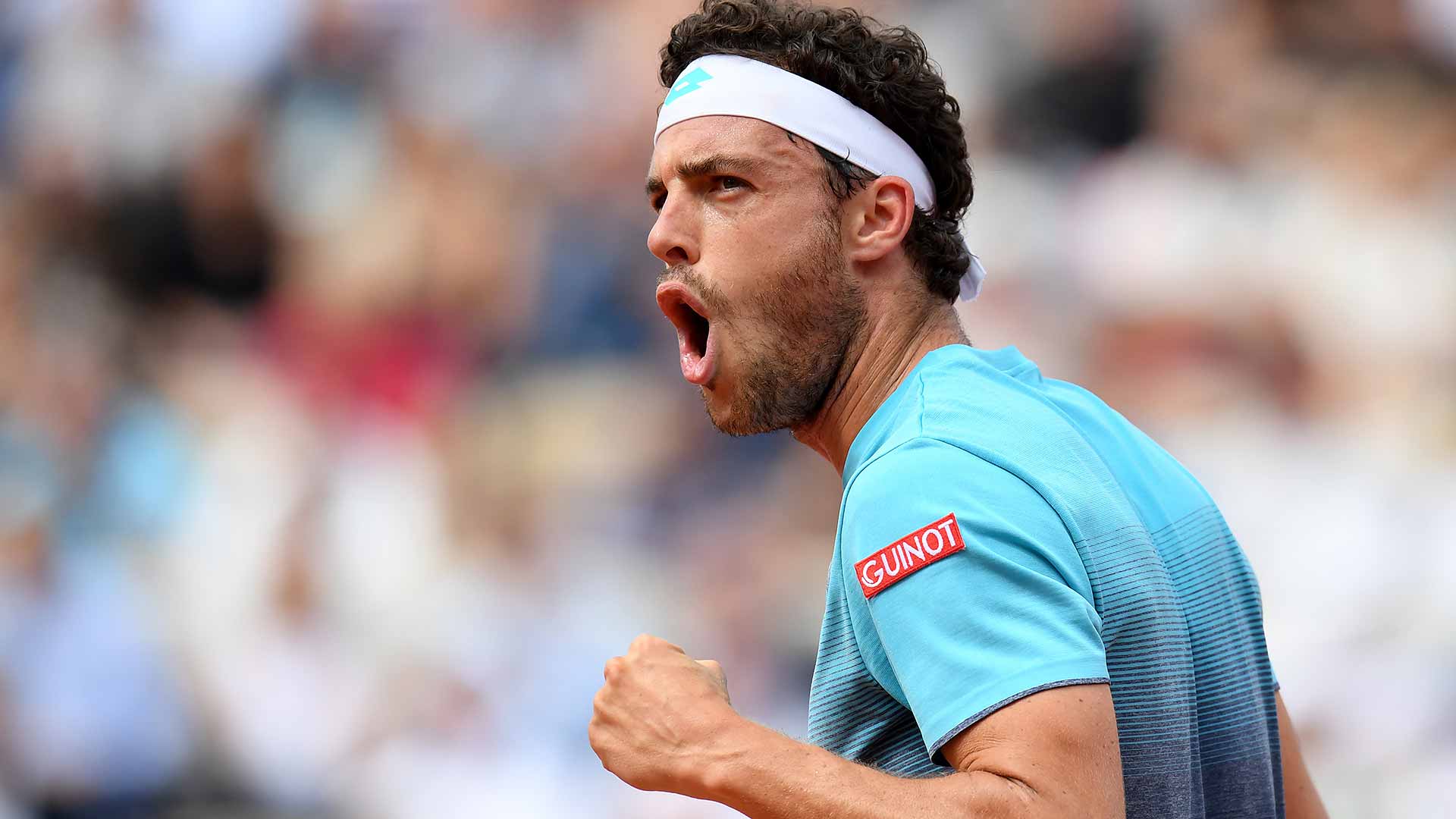 It has become a weapon.

Ceccinato’s improbable victory over No. 8 seed David Goffin in the Round of 16 was built upon winning 90 per cent (9/10) of his second-serve points in the opening set, which he won 7-5.

One unusual thing that is paying great dividends for Ceccinato is standing wider than normal when serving in the Ad court. It enables him to get more angle with his kick second serve out wide to his opponent’s backhand return, and to also hit more forehands as the first shot after the serve. It was particularly effective against Goffin.

Cecchinato was down two sets to love in his opening-round match against Romanian Marius Copil, but stormed back to win 2-6, 6-7(4), 7-5, 6-2, 10-8. Performance behind his second serve was a key factor.

Next up for Cecchinato in the semi-finals is Dominic Thiem. The Austrian, seeded No. 7, has averaged winning an impressive 56 per cent of his second-serve points so far for the tournament.

Double Faults To The Semi-Finals
Cecchinato = 12

If Cecchinato can win north of 50 per cent of his second-serve points against Thiem, he will most likely be booking a spot in Sunday’s Roland Garros final.