Raven Klaasen and Rajeev Ram might have discovered the key to playing their best under pressure this week during their run to the Barclays ATP World Tour Finals doubles title match: Don't realise you're under pressure.

During their semi-final match in London, Klaasen/Ram led 6-1, 5-4 against Jamie Murray and Bruno Soares, the No. 1 duo in the Emirates ATP Doubles Team Rankings. But Klaasen thought the score was only 4-3 in the second set. So he freely put away volleys as if the match wasn't on the line, delivering a backhand put-away to win the first point and a forehand overhead to go up 30/0.

“They made a few returns in the game, and I made some very good plays on them. But in my head, it didn't feel like, I have to make these,” Klaasen told ATPWorldTour.com.

Ram, who was serving, was fully aware of the score, but he still ended the match with a service winner that sent the seventh seeds into the Barclays ATP World Tour Finals title match. Klaasen/Ram fell to fifth seeds Henri Kontinen/John Peers 2-6, 6-1, 10-8 on Sunday.

But reaching the season finale was quite the run for Klaasen/Ram, who were making their London debut. Neither of them seriously thought about becoming a pro tennis player when they were kids. In fact, both players didn't even get serious about the sport until they were in their mid-teens.

Ram played tennis a lot, hitting with his dad for about an hour almost every day while growing up in California, Wisconsin and Indiana in the U.S. But his dad had no formal tennis experience and was a casual recreational player.

“Tennis was a glorified hobby for me until I was about 15,” Ram said.

As a result, he learned all he could while watching his childhood tennis idols. He marveled at Boris Becker's athleticism. He shook his head at Ivan Lendl's powerful groundstrokes off the ground.

But Ram's countryman Pete Sampras ultimately became his favourite tennis hero. The 6'1” Sampras, with his legendary serve-and-volley game, was a natural model for Ram, who stands at 6'4”.

“Sampras was my guy,” he said.

You can see Sampras' service motion in Ram's game. Just like “Pistol Pete”, Ram points his left foot up while rocking back and tilts the racquet and ball towards him before hurling forward to make contact. His serve might not dominate like Sampras' did, but it's been more than effective this season with Klaasen. During their first full year together, they won two ATP World Tour Titles – Chengdu and Halle – and finished at No. 6 in the year-end Emirates ATP Doubles Team Rankings. 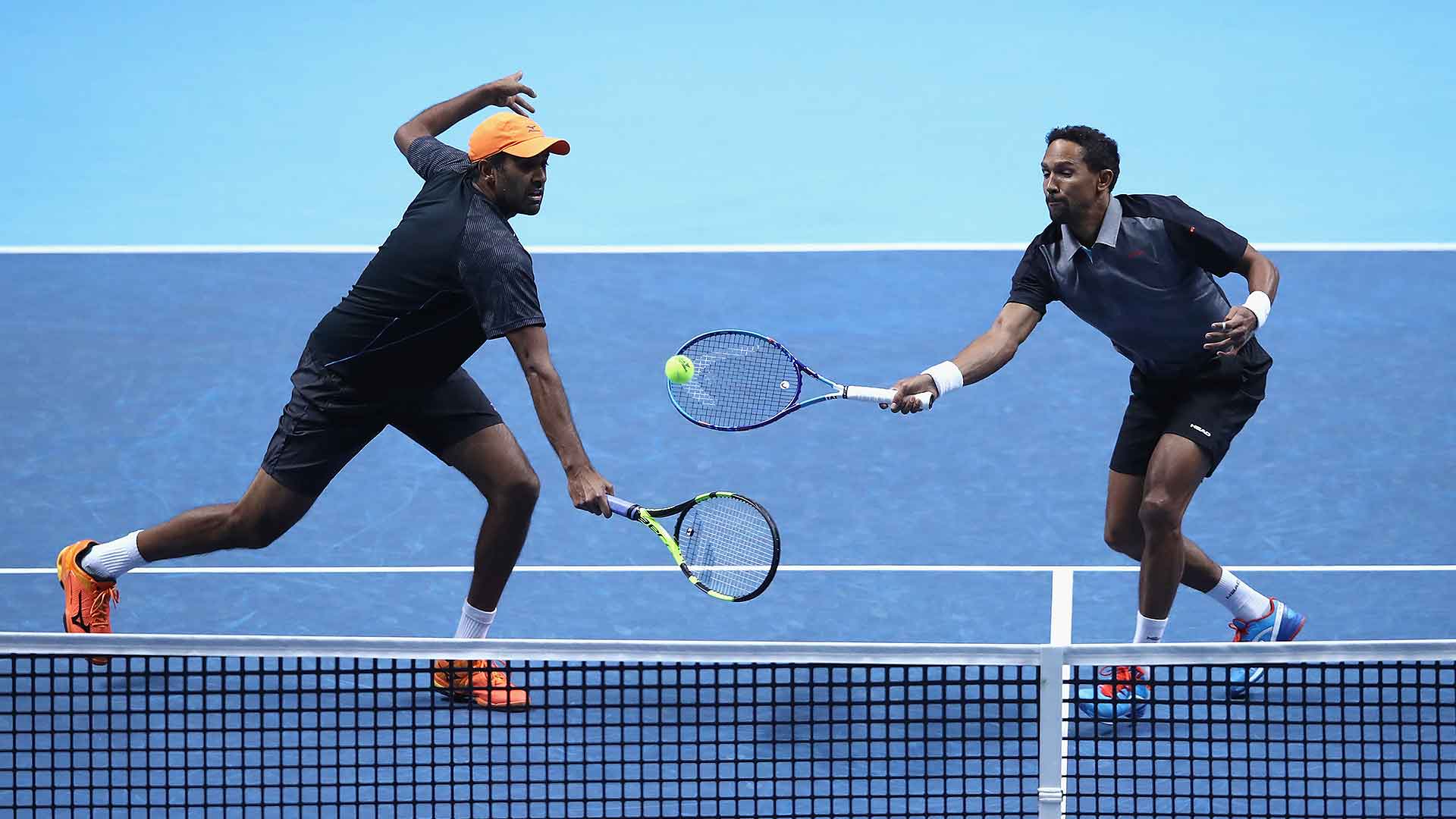 Klaasen, of South Africa, also spent his childhood years playing with his parents, especially his mom. “She says she was playing with me when other people didn't want to play with me,” Klaasen said.

He began playing in junior tournaments when he was about 13, and he joined his first serious tennis environment when he was 16 at the ITF training centre in Johannesburg.

“I think the common thing for both of us was that tennis was always a source of enjoyment,” Ram said. “We both still enjoy the game a lot.”

The two also worry less about winning every match and focus more on getting better. Win or lose, Ram said, “We try to learn from it and just get better the next time we get to go out on the court.”

Their attitudes have helped them endure the ups and downs of an ATP World Tour season. In February, about eight months after they started playing together, Klaasen/Ram lost four consecutive first-round matches, going 0-8 for sets in Quito, Delray Beach, Acapulco and Indian Wells.

A lot of guys might have ended the partnership then, Ram said. But they stayed together, and at the next tournament, the Miami Open presented by Itau, Klaasen/Ram snapped their losing streak by edging Murray/Soares 10-7 in the Match Tie-break. Klaasen/Ram would go on to make the Miami final, their first ATP World Tour Masters 1000 title match (l. to Herbert/Mahut).

“We have a pretty good understanding of that it's not that end of the world if we win or lose a match,” Ram said.

Their playing styles, along with their outlooks, also match up well on the court. “They have the power of Ram and then the speed and the agility and the touch of Klaasen,” said Swede Robert Lindstedt, who's played against the pairing three times. “It's a great one-two punch. It's very tough to break Rajeev to start with but then with the lightning that Raven is, it's even tougher. It's almost impossible.”

Opponents learned that throughout the year, and especially in London, where Klaasen/Ram enjoyed one of their best weeks as a team.

“This is probably the highest form of enjoyment for us. Hitting the ball [in practice] is still fun but actually performing when it matters is more fun for us,” Klaasen said. “And to be honest, if you can't enjoy tennis in [The O2], then you probably should be doing something else, because it's pretty spectacular to play tennis like this.”