Luke Saville, Matt Reid and Jay Clarke take in the scenery high above Kobe, during the ATP Challenger Tour event in the Japanese city.

Welcome to tennis in altitude in Kobe, Japan.

On Wednesday, Jay Clarke, Luke Saville and Matt Reid stepped away from the courts to take in the breathtaking views during the Hyogo Noah Challenger. The trio rode to the top of Kobe's highest peak - Mount Rokko - overlooking the city, Osaka Bay and the surrounding region.

One of the many stunning locations on the ATP Challenger Tour, the city of Kobe has been a fixture on the circuit for five years. From the beach paradise of Puerto Vallarta, Mexico to the green oasis in Ilkley, England and the idyllic port town of Portoroz, Slovenia, the tour swings through some of the more impressive locales in pro tennis. Kobe is no exception.

"When I was younger, I didn't do a whole lot, but as I got older it's great to see all these cool places," said Clarke, who was also joined by brother Curtis. "Winning yesterday and getting a day off today is great. You wouldn't get to see these things if it wasn't for tennis and being able to travel around the world." 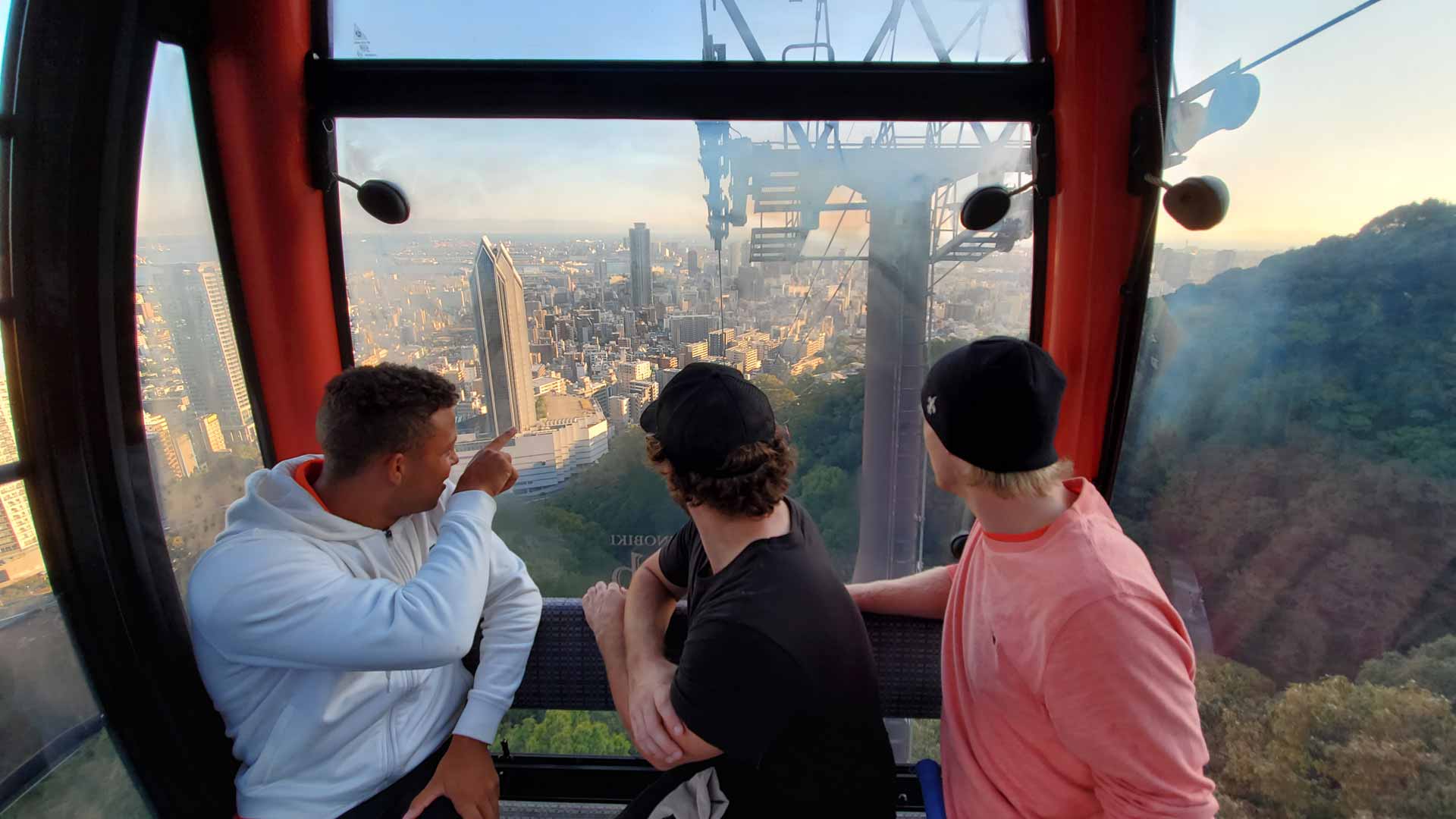 Clarke, seeded eighth, is Great Britain's #NextGenATP hopeful, standing at No. 180 in the ATP Rankings. The 21-year-old claimed his second Challenger title earlier this year on the clay of Anning, China. That was followed by a first victory at his home Grand Slam of Wimbledon, where he would fall to Roger Federer in the second round.

"The city is unbelievable. It's very different for us, being from a rural part of England. We're used to the countryside. But being here in Japan, I love it. I'm feeling really good for the last two events of the year. I'm trying to play as many matches as possible and get into a good headspace for the start of 2020."

The metropolis of Kobe is less than an hour drive from its neighbor of Osaka - the third-largest city in Japan. Both are nestled on the northern rim of the Osaka Bay, with the Rokko mountain range towering overhead. Players stay at the Crowne Plaza hotel in downtown Kobe, traveling through the mountains to arrive at the tournament site.

Clarke, Saville and Reid took a cable car to the top of the mountain, taking in stunning views of the city and the bay below. The famous Nunobiki Herb Garden also awaited. Japan's largest herb garden features about 75,000 herbs and flowers of about 200 kinds. Gardens are an integral part of Japanese culture, with their design serving as an important art form. The trio walked around the complex, before having a hit on the terrace overlooking the region below.

"I've never been on a chairlift like that, so it's pretty awesome," Saville said. "It's been pretty cool to go to the top with a few players and just get out of the hotel room. Kobe's really nice and to see a little of Japan, it's been great. All Challengers in Japan do a really good job and the organization, the site and the hotel are really good too."

"I loved it, it's always good to get out of the hotel and have a look around," Reid added. "The older I got, the more I'm doing this, checking out the sights and really taking advantage of where we are. I've come here a few times and I love Kobe. It's pretty relaxing and a great place to end the season. They do a great job with the tournament and it's always nice to finish off here." 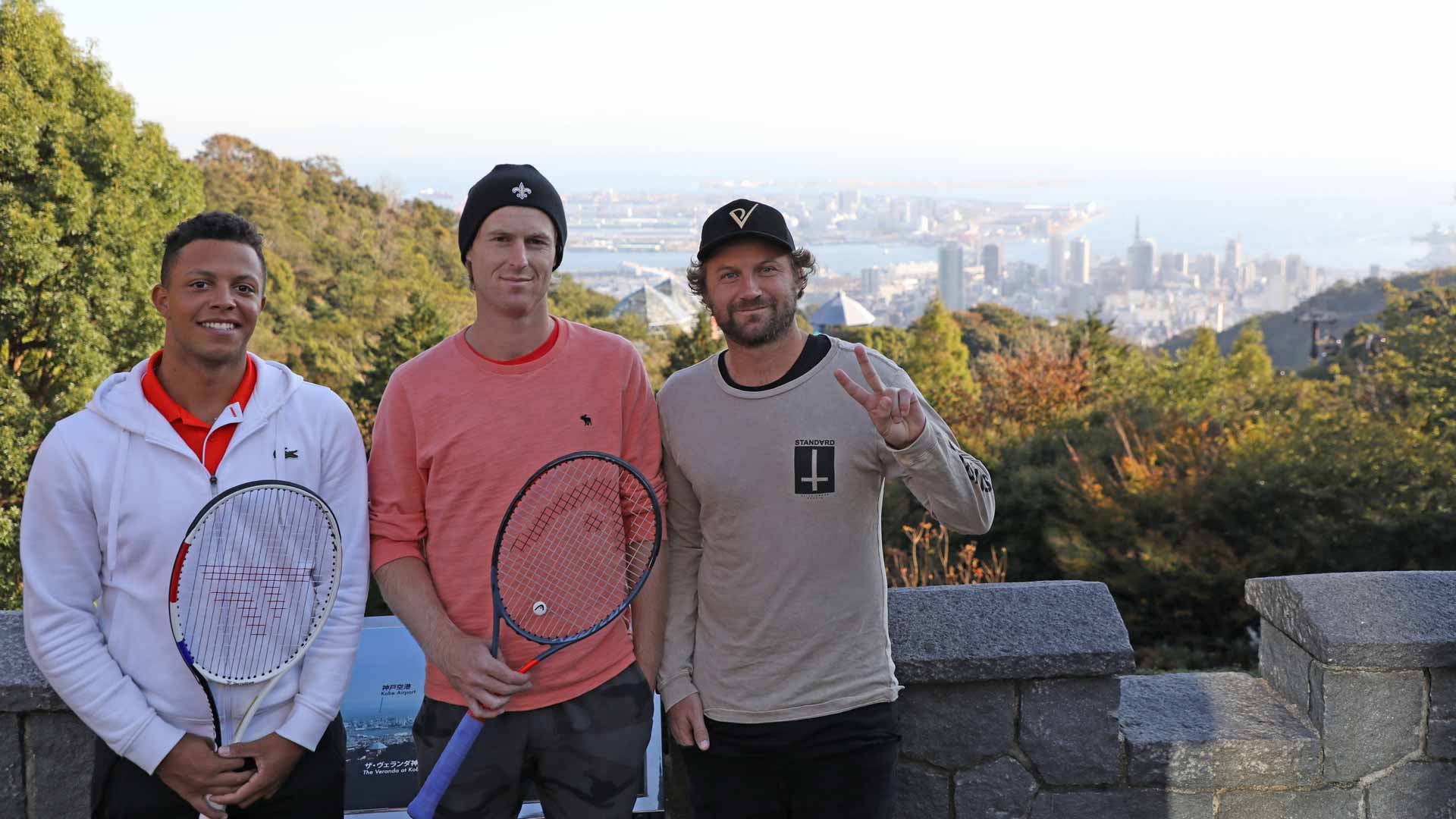 Aussie duo Saville and Reid are the top doubles seeds this week. Saville has been a doubles dynamo in 2019, teaming with another countryman - Max Purcell - to lift a tour-leading seven Challenger trophies. The 25-year-old is also into the third round in singles, one week after reaching the quarter-finals on home soil in Playford.

Japanese success has been the story in Kobe thus far, with nine home hopes advancing to the Round of 16. Veterans Yuichi Sugita and Go Soeda lead the charge, with 21-year-old Renta Tokuda posting the upset of the tournament with a 6-2, 6-2 rout of James Duckworth. Fourth seed Duckworth was coming off a title in Playford.