Philipp Kohlschreiber hopes to return to the Top 20 of the FedEx ATP Rankings.

ATP Staff
This article contains:
ATP Uncovered presented by Peugeot caught up with the German veteran

Philipp Kohlschreiber has kept busy at home in Germany during the ATP Tour’s suspension of play due to COVID-19.

Whether riding a tractor, going for a walk with his dog in the forest, or riding one of his wife’s horses, the German has certainly gotten to do things he rarely has had time for during his career.

“In my youth I spent a lot of time on a farm because we lived in the countryside and my friends had farms. I used to ride with someone who drove the tractor digging up potatoes,” Kohlschreiber told ATP Uncovered presented by Peugeot. “This reminds me a bit of my youth and now I’m able to roll the ground in the fields. It’s fun at first, and then it starts to get boring.

“Being at home during such a compulsory break is interesting. Maybe I’ll enjoy it an incredible amount. I can try out new things that I would simply never do otherwise, which is fun.” 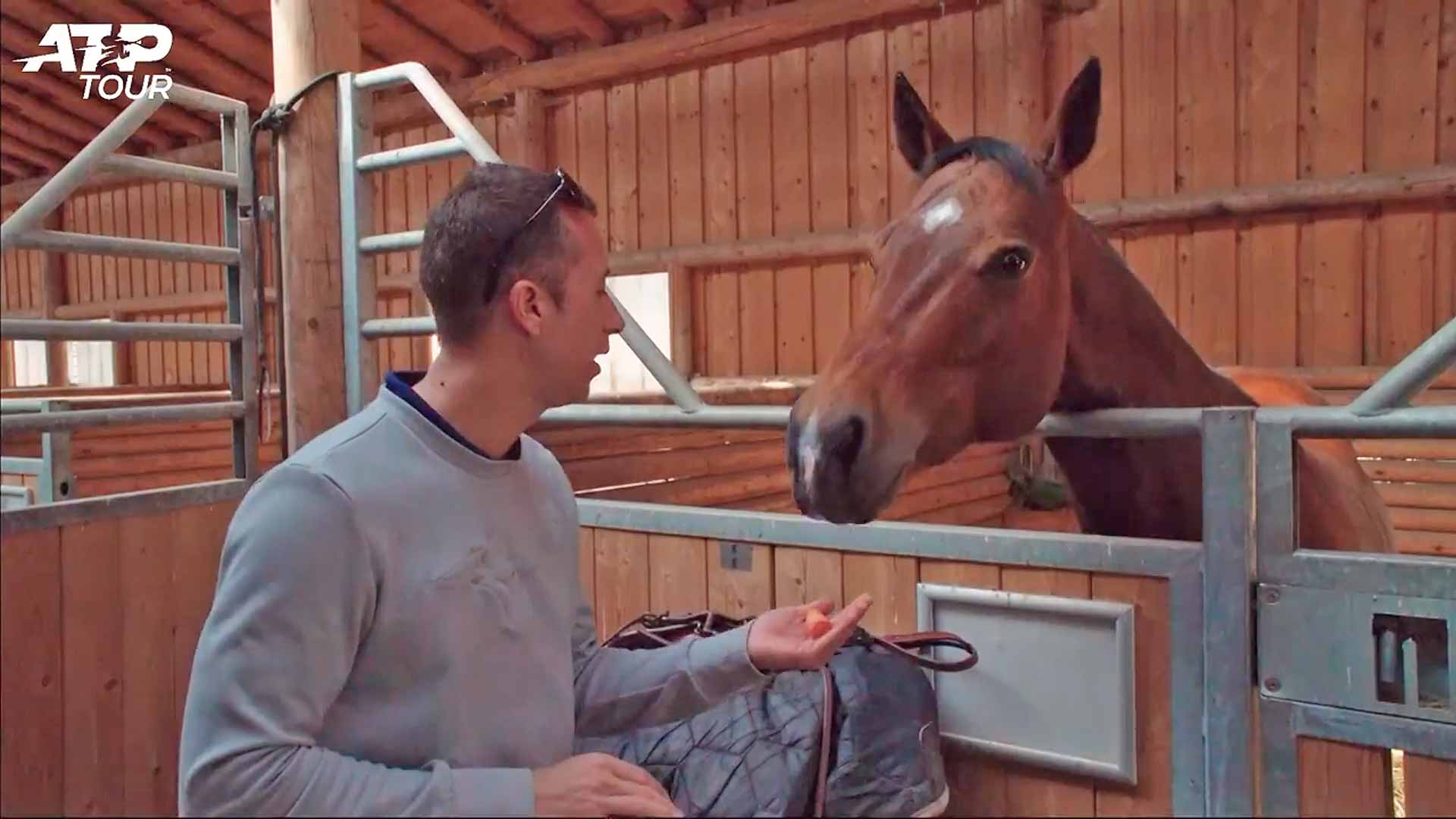 Kohlschreiber has cleaned up after the horses, fed them, and more. Although it’s unclear when play will resume, Kohlschreiber knows this won’t be a permanent change. He’s eager to get back on court.

At 36, Kohlschreiber knows he’s closer to the end of his career than the beginning. Currently World No. 74, the eight-time ATP Tour titlist hasn’t been inside the Top 50 in nearly a year. But he’s not ready to hang up his racquet yet.

“Maybe I’ll just wake up one day and say, ‘Okay, today is the right day to stop,’” Kohlschreiber said. “I don’t want to announce it in advance that a certain tournament will be my last. That’s just not me. I would actually like it to happen spontaneously.”

The German says there will be no farewell tour, and he will ultimately make his decision based on a gut feeling. But COVID-19 won’t make that call for him.

“I will appreciate my last year or two on Tour much more [because of it],” Kohlschreiber said.

He has proven he still has great tennis left in him. The former World No. 16 beat World No. 1 Novak Djokovic at last year’s BNP Paribas Open.

“Maybe it would also be nice to say, 'Okay, I’m fighting back into the Top 20', and then call it a day, say, 'Thanks, that’s it,' and I’ve once again proven that I could still do it,” Kohlschreiber said. “After all, at some point, there will be life after tennis.”

That future might involve the sport Kohlschreiber has played professionally since 2001.

“All of my know-how is in tennis. Maybe helping young players would be interesting. I can already feel this when I’m practising with sparring partners and future pro players in Munich,” Kohlschreiber said. “I’m already noticing things which I would like to tell and share with them: things that I think they could still improve on, or maybe do differently. I didn’t have that feeling 10 years ago. I didn’t care back then. Maybe looking back at myself I was more selfish. But already now, just being a bit older, I feel I have developed an eye for it, and that appeals to me.”