After a couple of years "off the radar", #NextGenATP Aussie Thanasai Kokkinakis is ready to make a big impact against Roger Federer at the Miami Open Saturday.

Kokkinakis Has His Health; Now Time To Face Federer

Jonathon Braden
This article contains:
Aussie will meet No. 1 player in the ATP Rankings for the first time

Aussie Thanasi Kokkinakis completely agrees. The 21-year-old doesn't feel like he's only two years removed from his teenaged years. Kokkinakis, who's spent the past two seasons battling injuries, feels closer to the age of his second-round opponent, Roger Federer.

“I feel like a bit of a veteran in some ways. I'm 21, but I feel a lot older. I don't know if that's a good thing, probably a bad thing. I definitely feel like I'm in my late 30s, at least,” Kokkinakis told ATPWorldTour.com.

Watch: Kokkinakis Happy To Be Feeling Good Again In Miami

Two years of injuries and rehab, and then more injuries and more rehab, will do that to even the most upbeat and positive of players, such as Kokkinakis.

The 6'5” Aussie reached the fourth round of the 2015 BNP Paribas Open (l. to Tomic) and finished the season at No. 80 in the year-end ATP Rankings, one of four teenagers – Borna Coric, Hyeon Chung and Alexander Zverev – in the Top 100. Kokkinakis was 19 and headed to the Top 50, maybe the Top 20, before his 21st birthday.

But then just about every injury a tennis player can get, Kokkinakis got. Shoulder surgery in December 2015 kept him out for nine months, and when he was to make his ATP World Tour return at the 2016 Winston-Salem Open, a pectoralis strain placed him on the withdrawal list for Winston-Salem and the US Open.

In 2017, another strain, this one in his abs, forced him to miss more than four months. But thankfully for Kokkinakis, fist pumps and wide smiles followed later in the year.

At The Queen's Club in London, he celebrated his first Top 10 win against No. 6 Milos Raonic. One month later, in Los Cabos, Kokkinakis checked off a list of first accomplishments: his first ATP World Tour quarter-final, semi-final and final (d. Fritz, Berdych and l. to Querrey). 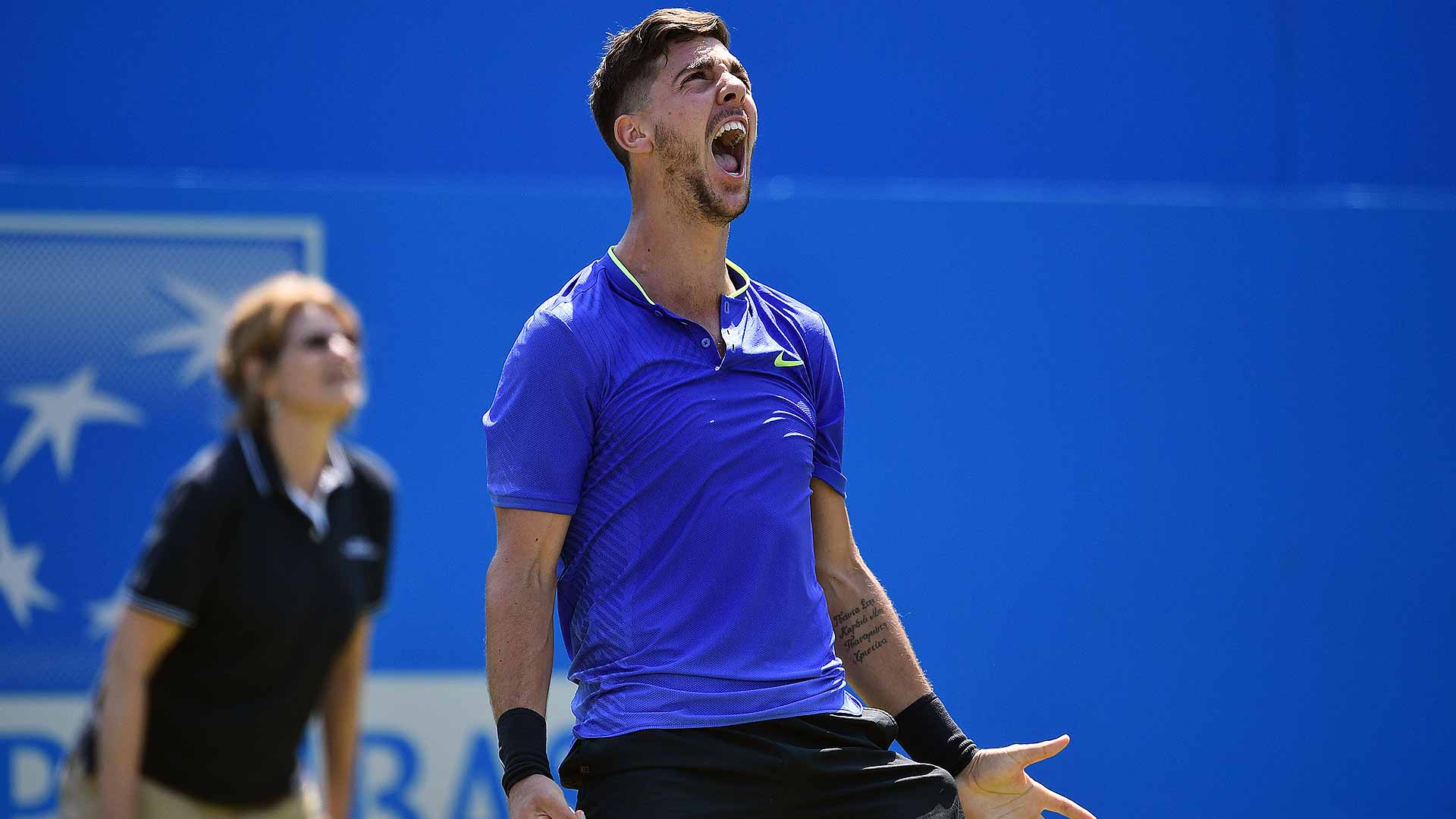 But more strains – groin, pectoralis – and a rolled ankle derailed him to finish 2017 and start 2018.

This week in Miami, however, he's feeling good, again. Kokkinakis, in only his second ATP World Tour Masters 1000 event since 2015 Cincinnati, dropped only three games against France's Calvin Hemery to set a second-round showdown with Federer, a three-time champion in South Florida.

“I've had a lot of ongoing things but this is the best my body has felt [since 2015] – touch wood – so I'm just going to see how it goes and stay positive and not get too worked up and keep working hard and see where I go,” he said. “It feels good to be back and the big one for me is just staying healthy and staying positive.

“I think I'm a lot better player than I was in 2015; for me, it's just showing that and staying on the court.”

Although Kokkinakis has never faced Federer, the two have spent weeks training together. Federer invited the Aussie to train with him in Dubai on two occasions – for a few weeks during the 2014 off-season and for a couple weeks during the European clay-court swing last year.

You May Also Like: The Sweetest Feeling - Kokkinakis Claims Biggest Win

“[I know] everything about him so if I lose it's completely on me,” Kokkinakis said in between laughs. “Yeah, I'm sure he doesn't show everything on the practice court. But I've seen what I can and I'm going to go out there and have a crack.”

Despite heavy odds against him, Kokkinakis will take the court against Federer, No. 1 player in the ATP Rankings and the defending champion in Miami, with the same attitude he had throughout qualifying and during his first-rounder in South Florida: Play freely and enjoy his health, and his time, on court.

“One of the guys asked me, 'What's my goal in the match?' I don't think it changes from match to match. You go there to win. You're not going to go there, thinking, 'I hope I get a few games.' That's just not the attitude you need,” Kokkinakis said.

“I think if I serve well and play well, I can have a good crack, but obviously playing Roger is tough. I think the majority of the crowd will be supporting him, which is not too much of a surprise. But it is what it is. If I play well, I think I can do some good things.”