Kokkinakis Focusing On The Positives In Atlanta

Aussie Thanasi Kokkinakis was finally feeling healthy during the Miami Open presented by Itau in March. The 22-year-old, who's already battled more than a career's worth of injuries, qualified for the ATP World Tour Masters 1000 event and then earned one of his biggest wins, handing then-No. 1 Roger Federer only his second loss of 2018.

Kokkinakis was back. Or so it seemed.

Three weeks later, though, his mystifying bad luck returned. At the Rolex Monte-Carlo Masters, Kokkinakis chased a deep, looping mishit from Russian Karen Khachanov and stumbled on a sponsor sign. He finished the match – a straight-sets loss – but had to sit out more than a month because of a small fracture in his left kneecap and a deep bone bruise.

Just like that, Kokkinakis had returned to the frustrating cycle of “rehab, play, success”. “It's been very stop-start for me,” he told ATPWorldTour.com.

The Aussie, however, is back at the third stage of that process. On Sunday, he beat Poland's #NextGenATP right-hander Hubert Hurkacz, who made his Wimbledon debut earlier this month, 6-2, 7-6(6) to reach the main draw of the BB&T Atlanta Open.

Kokkinakis will make his first appearance at the ATP World Tour 250-level tournament this week and will play doubles with countryman Nick Kyrgios, the tournament's 2016 singles champion.

“I've been playing all right in my matches but I've just been getting a bit nervous at the end, in trying to finish, and I think you saw that again today,” said Kokkinakis, who led 5/2 in the second-set tie-break.

It's the first time he has come through qualifying in his past four attempts. He fell in the second round of qualifying at Roland Garros and the final round at the Fever-Tree Championships at The Queen's Club in London and at Wimbledon.

You May Also Like: Kokkinakis Storms Back To Stun Federer In Miami

“Felt like I should have qualified for Wimbledon... Should have qualified for Queen's... So I didn't want to let it happen again,” Kokkinakis said. “I got a bit tense towards the end. My feet stopped moving. It's because I haven't played many matches. I think the more matches I play the more comfortable I'll get, and hopefully these matches become easier to close out.”

The 6'5” right-hander has played only seven tour-level matches this season (3-4) and only the one since Miami. But the free-spirited Aussie, although frustrated, isn't dwelling on what could have been the past few months.

“It's tough right now. My ranking is not where I want it to be. I don't feel like I should be in this position. Some things have happened and I just gotta get back and keep working my way through qualies, if need be, and go from there,” he said. 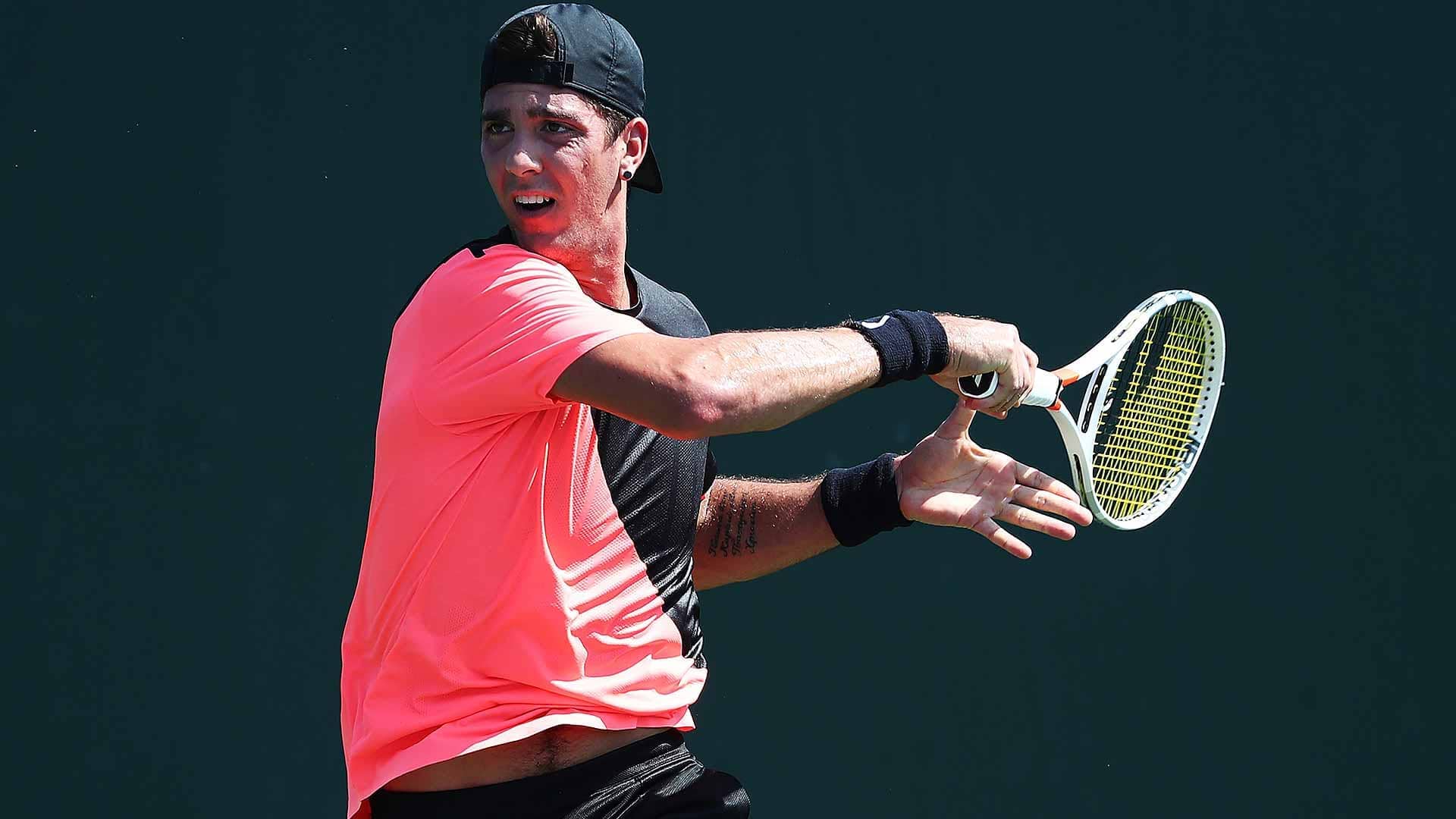 At No. 172 in the ATP Rankings, Kokkinakis is 103 spots down from his career-high of No. 69, which he last reached in July 2015. That same year he finished No. 80 in the year-end ATP Rankings and became one of four teenagers, along with Borna Coric, Hyeon Chung and Alexander Zverev, to finish in the Top 100.

A lot has happened to Kokkinakis since then, especially injuries: shoulder, groin, pectoralis, ankle and ab problems have derailed him. But he's also had some of his best moments since July 2015 – beating No. 6 Milos Raonic at the 2017 Fever-Tree Championships for his first Top 10 win; reaching his first ATP World Tour quarter-final, semi-final and final last year at Los Cabos (d. Fritz, Berdych and l. to Querrey); and his career-best victory over Federer in March.

The highlights of the past few years, the big wins against some of the biggest names; those are what Kokkinakis chooses to focus on as he tries to work his way back into the Top 100 once more.

“You gotta take good matches... take those things and use them. Just know that, 'OK if my body's right, if I'm healthy, this is what I can do'. So I think people around the Tour know what I'm capable of, but I've just got to be a bit more professional, a bit more disciplined, and start playing more tournaments, it's pretty simple. I just got to play more matches,” said Kokkinakis. “I'm just hoping the whole body stays in one piece.”