Henri Kontinen and John Peers will make their team debut at the Barclays ATP World Tour Finals next month. The Finn/Aussie pairing became the seventh doubles team to qualify for the year-end championships on Monday with a 6-2, 6-2 rout against Treat Huey and Max Mirnyi at the BNP Paribas Masters in Paris.

“We knew what we had to do and it was good to be able to do it,” Peers said.

Kontinen/Peers converted all four break points and erased the only two break points they faced in the 46-minute victory. They'll face seventh seeds Raven Klaasen and Rajeev Ram in the second round.

“We're going to finish here, try to concentrate here on every match,” Kontinen said, “and then our eyes are on London.”

Kontinen/Peers have raced to three ATP World Tour titles this year, ending the week with smiles in Hamburg, Munich and Brisbane. They also finished runners-up at the Shanghai Rolex Masters and are going for their first ATP World Tour Masters 1000 tournament title this week in France.

Kontinen has never played at the Barclays ATP World Tour Finals, to be held 13-20 Nov. at The O2 in London. He will also become the first Finn to compete at the season finale. Peers played at the event last season with Jamie Murray. The top eight doubles teams at the end of this week will qualify for the season finale. Huey/Mirnyi are next in line to qualify.

“London is the biggest tournament – the top eight teams in the world,” Peers said. “It was definitely our goal to be able to make The O2.” 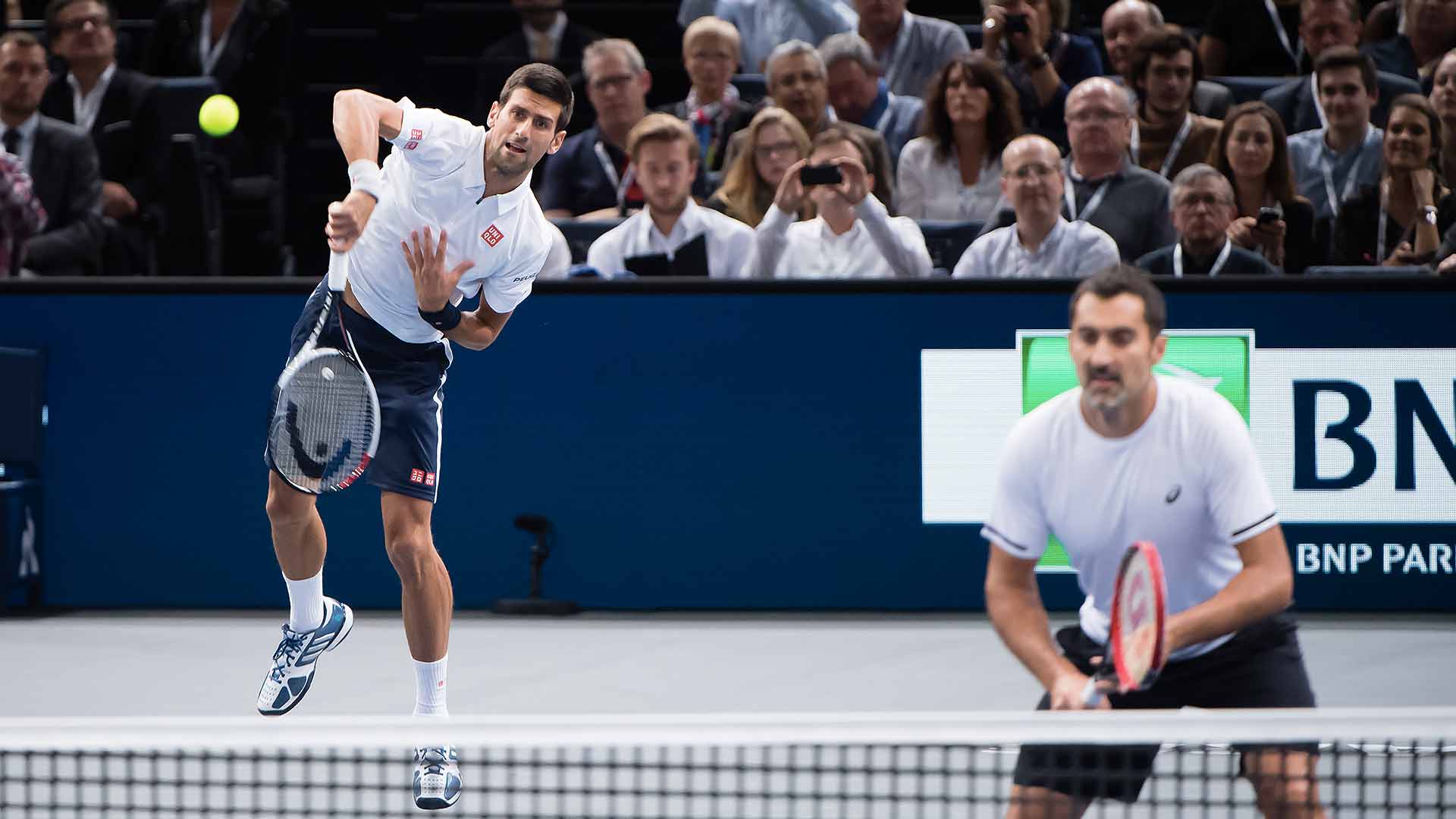 In other doubles action, Serbians Novak Djokovic and Nenad Zimonjic were outdone by Frenchmen Quentin Halys and Adrian Mannarino 6-3, 6-4 in 56 minutes. Halys/Mannarino won 87 per cent of their first-serve points (26/30).