Petr Korda's son Sebastian is one match from winning the Australian Open boys' singles event 20 years after his dad won the men's title. 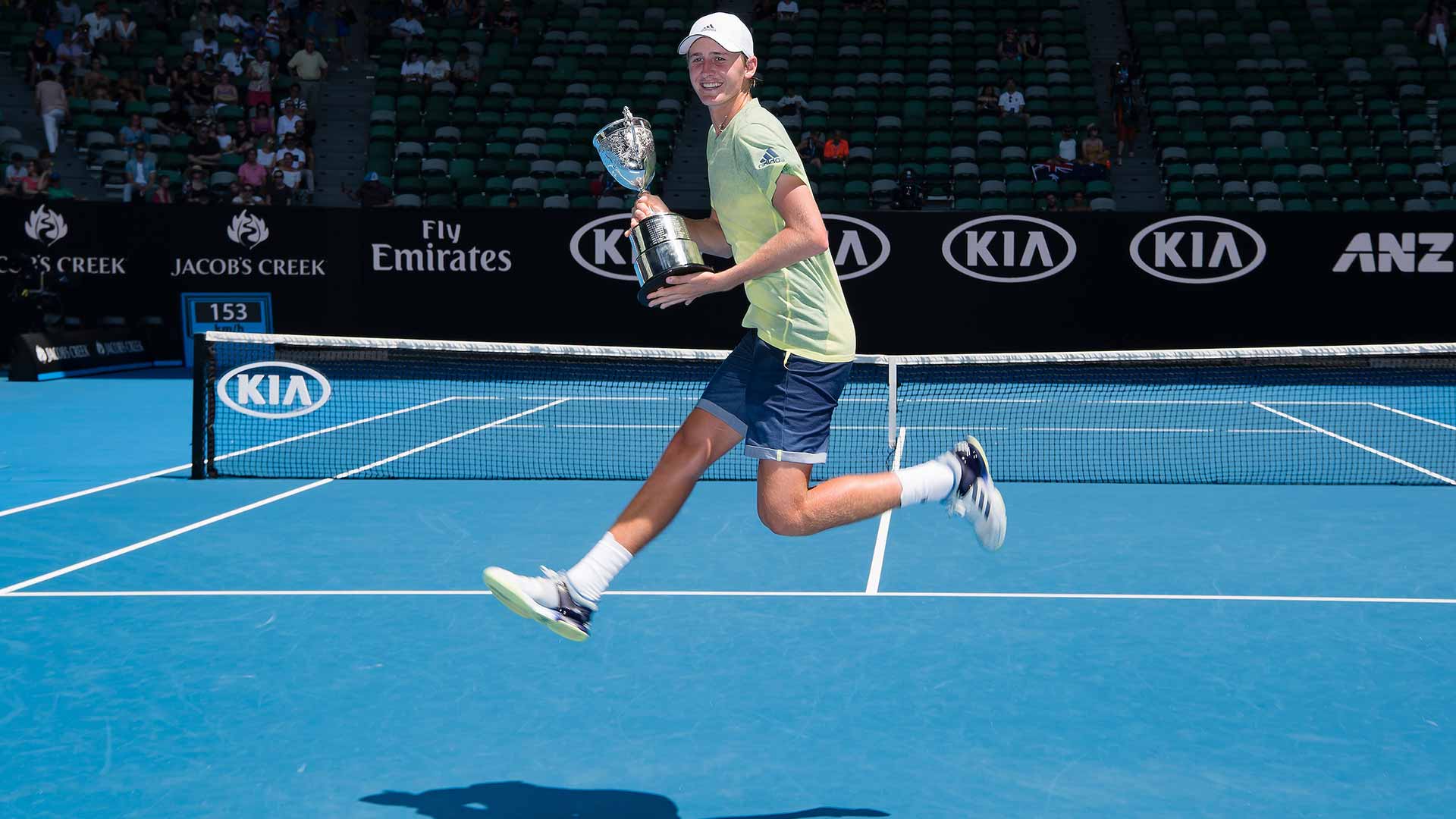 When a nine-year-old hockey player named Sebastian Korda traveled with his father Petr to the US Open in 2009, it was love at first sight. Until that point, Sebastian had played hockey five days a week, and would hit tennis balls possibly once on the weekend.

When the Kordas returned from that trip, Sebastian approached his father.

“He said he does not want to play hockey,” the former World No. 2 remembered. “He quit hockey overnight. He has not skated and he has not played hockey since. Not once.”

And now, more than seven years later, Sebastian is into the final of the Australian Open boys’ singles, 20 years after his father won his lone singles Grand Slam trophy on the same court inside Rod Laver Arena.

“It’s pretty awesome. It’s a great feeling,” Petr said from his home in Bradenton, Florida. “I’m very happy for him. He’s enjoying his experience in this special journey.”

You May Also Like: Carving His Own Path, Korda To Make Challenger Debut

Petr, who won 10 tour-level singles titles and 10 tour-level doubles titles, did not choose tennis for his kids. In fact, he has two daughters — Jessica, 24, and Nelly, 19, who play professional golf on the LPGA Tour.

“I never wanted my kids to play tennis,” Korda said. “We’d love our kids to play other sports so they can set their own goals. If any one of our kids would follow our footsteps, the goals are already pre-set for them. It’s very difficult for the kids to get out of the shadow of that and obviously they’re trying to beat their parents.”

That is true especially for this tennis-rich family, as Petr’s wife, Regina, was also a professional tennis player, who ascended as high as World No. 26. But while Petr did not want his son, 17, pushed into a life of his father’s choosing, Sebastian made the choice for himself.

“We gave him one month to think about it and during the period he came up to me. I believe Jim Courier was on TV commentating and he came and asked me, ‘Dad, do you know who won the first US Open’?” recalled Korda, who was unsure. But Sebastian knew it was Arthur Ashe, and that proved plenty to Petr.

“That’s when he convinced me he really wanted to play, he was really interested about the history because I love the history of tennis, so he earned my vote to let him go on to be a tennis player.”

It wasn’t just that one nugget that Sebastian knew. Petr remembers Sebastian treating the annual ATP World Tour media guide like a textbook, reciting results whenever players he saw in the book played on television.

“That was like a bible to him,” Korda said. “He became very invested in tennis and that’s what I love and admire and it reminds me of when I was a kid. I could see the passion… That was his choice, his idea.”

From following his father to Flushing Meadows as he coached Czech veteran Radek Stepanek to meeting Roger Federer — who plays for a 20th Grand Slam title Sunday — on the same grounds at 14, Sebastian has lived a fan's dream in the tennis world. 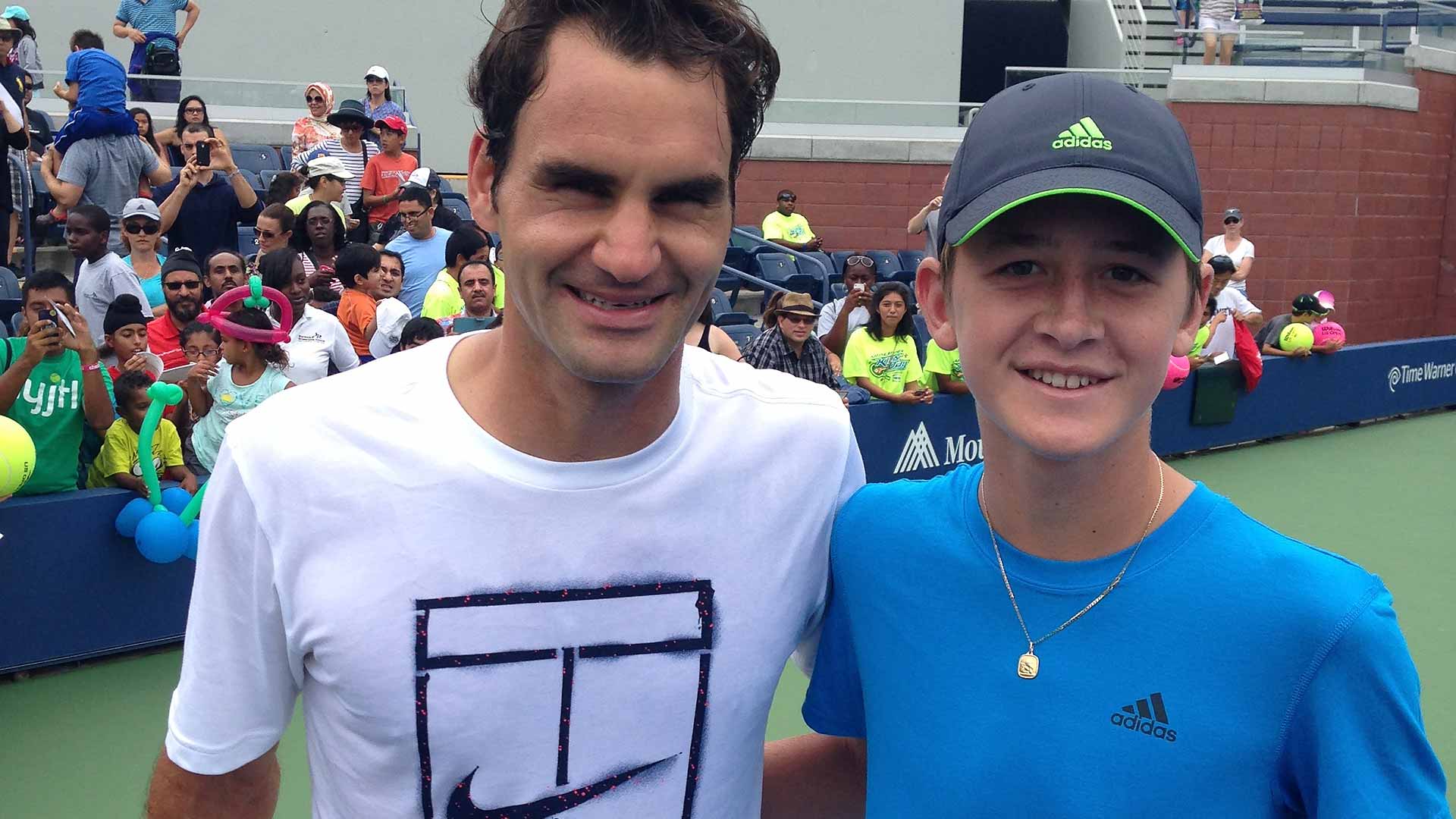 That passion has carried Sebastian to as high as No. 6 in the junior rankings. He arrived in Australia in December to play play two weeks of ATP Challenger Tour events (reaching the final round of qualifying at each) and an ITF Grade 1 Juniors event. In this week's Australian Open junior semi-finals, the seventh seeded Korda defeated second seed Marko Miladinovic, whom he lost to less than two weeks ago despite holding two match points.

And now Korda has a chance against Taiwan’s Chun Hsin Tseng, the sixth seed, to become the third member of the family to win an Australian Open title — his oldest sister, Jessica, won golf’s version at age 18 in 2012. Petr coaches Sebastian, but he did not make the trip to Australia. The USTA’s Dean Goldfine and Korda’s former agent, Patricio Apey — who works with Alexander Zverev — are with Sebastian at Melbourne Park.

“I would love to be there, especially 20 years later, it’s very special for me,” Korda said. “But I decided to stay home to let him enjoy the Australian Open the way he needs to enjoy it. If I would be there, I believe I would be a distraction because that trip would not be about him, it would all be about dad’s 20th [anniversary].”

This is all about Sebastian, and Petr values his children’s success far more than his own.

“I’m happy that he is doing his own footsteps, so hopefully he’s not going to be known as my son. Hopefully I’ll be known as only his dad. I think that’s something that I’m really looking forward to. That he’s not going to be reminded what his dad did, but I will be reminded what my son did. I’m really looking forward to that.”

Petr has spoken to Sebastian after each of his matches, but only texted him beforehand. His advice ahead of Saturday’s final will be simple.

From Florida, Sebastian will have at least one sleep-deprived fan following very closely in the middle of the night as he attempts to become the first American Australian Open boys’ singles champion since Donald Young in 2005.

“It’s very worth it,” Korda said. “But trust me, it’s nerve-wracking.”