Sebastian Korda reached his first ATP Tour final this week in Delray Beach, but fell short in the championship match against Hubert Hurkacz.

ATP Staff
This article contains:
#NextGenATP American has his sights set on the Top 100

Sebastian Korda’s dream week at the Delray Beach Open by VITACOST.com fell short of the perfect ending Wednesday when he lost in the championship match against Hubert Hurkacz, but the disappointment won’t keep the #NextGenATP American down.

“I always handle things pretty well. In 2019 I lost in the final of the last tournament of the year in a Challenger with a couple of match points against J.J. Wolf and if I had won that match, I would have gotten into the Australian Open Qualifying,” Korda said. “It’s always a step in the right direction and I always take the positives out of things and I’ll have no problem dealing with this. For me it’s only a big plus. I’m going to go back, I’m going to go work hard and just trust my tennis and keep doing the things that I’m doing.”

That mindset helped the 20-year-old stay focussed throughout an impressive showing in Delray Beach, where he reached his first ATP Tour final. Before the tournament, Korda only owned three tour-level wins, all of which came at Roland Garros last year.

You May Also Like: Hurkacz Fends Off Korda To Take Delray Beach Title

The World No. 119 isn’t leaving the ATP 250 with the champion’s trophy, but next Monday he will move to the fringe of the Top 100 of the FedEx ATP Rankings. Reaching that milestone will be one of the American’s biggest goals when he begins competing again, but Korda is focussed on improving daily, not just shooting for certain numbers.

“For sure to break the Top 100 and be a consistent player at these bigger tournaments would be a super big thing for me to get used to this atmosphere and these players,” Korda said. “It would be super cool, but everything is a process and for me, I’m still 20 years old, so this year is still all about learning and working hard.” 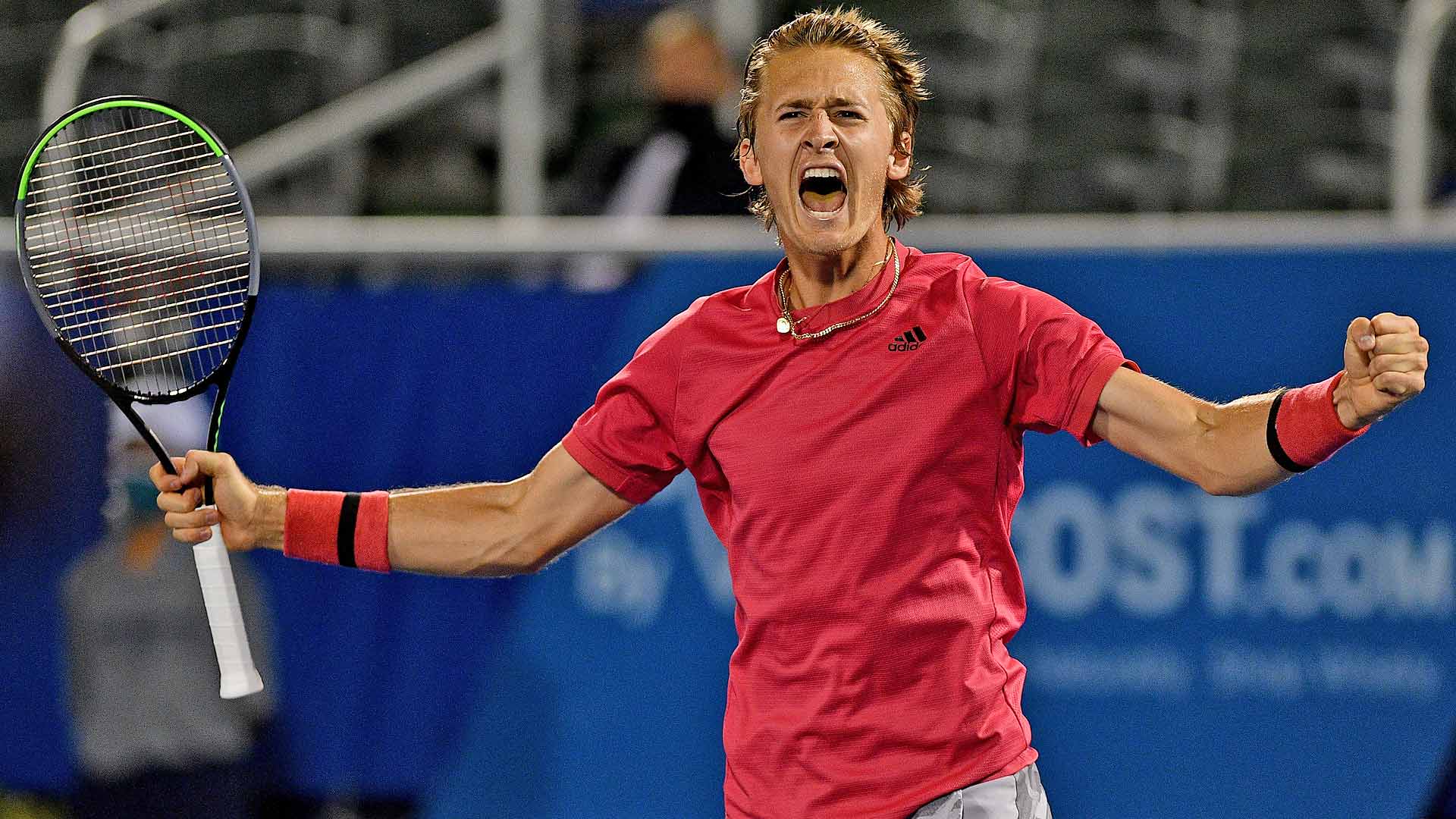 Photo Credit: Andrew Patron/BigShots
After a few days at home in Florida, Korda plans to train in the Czech Republic ahead of ATP Challenger Tour events in France. But the short time at home will give the 6’5” righty a chance to reflect on a special week in Delray Beach. Korda’s parents, former World No. 2 Petr Korda and former WTA player Regina Kordova, were in the stands at the ATP 250 throughout the week, as was his sister Jessica Korda, a professional golfer. Sebi’s other sister, Nelly Korda, who is also a professional golfer, made it to Delray Beach for the title match.

“I always went to my sisters’ golf tournaments and it was always me and my parents on the outside. It’s super cool to see my whole family sitting in a box,” Korda said. “I've dreamed about playing Grand Slams and seeing my family up there supporting me ever since I was a little kid. Envisioning these things has always been super special and to see it’s coming true now, all the hard work and all the time that I’ve put into doing what I love, it’s finally paying off and hopefully I can keep going on the same path that I’m going on right now.”

Many young players would be devastated after losing their first ATP Tour final. But Korda was smiling and even laughing at times during his post-match press conference. Now he’ll get ready for the three-hour drive to Florida’s western coast, where the Korda family lives. Instead of thinking about his loss against Hurkacz, Korda will spend the ride alongside Nelly, reminiscing on one of the best tournaments of his young career.

“It hasn’t fully sunk in, how well I played this week and the great matches that I played,” Korda said. “I played some really good, top players this week and only good things are going to come from this.”