Sebastian Korda defeats Antoine Hoang to reach the third round at Wimbledon on his tournament debut.

ATP Staff
This article contains:
Tiafoe among a large American group that is through

Sebastian Korda is wasting no time making his mark at Wimbledon, and he is not the only American doing so.

The #NextGenATP star advanced to the third round on his debut at The Championships on Wednesday with a 7-5, 6-4, 6-4 win against qualifier Antoine Hoang of France.

The last time the grass-court Grand Slam was played, in July 2019, Korda was No. 383 in the FedEx ATP Rankings. Now up to World No. 50, this year’s Emilia-Romagna Open champion is through to the Round of 32 with the loss of just one set.

Korda followed up his upset of 15th seed Alex de Minaur with a comprehensive performance against Hoang in which he hit 42 winners and broke his opponent’s serve six times from 23 opportunities. It took the 20-year-old eight match points — he let slip a break with a 5-2 lead in the third set — but Korda hit his fourth ace to advance after two hours and 48 minutes. 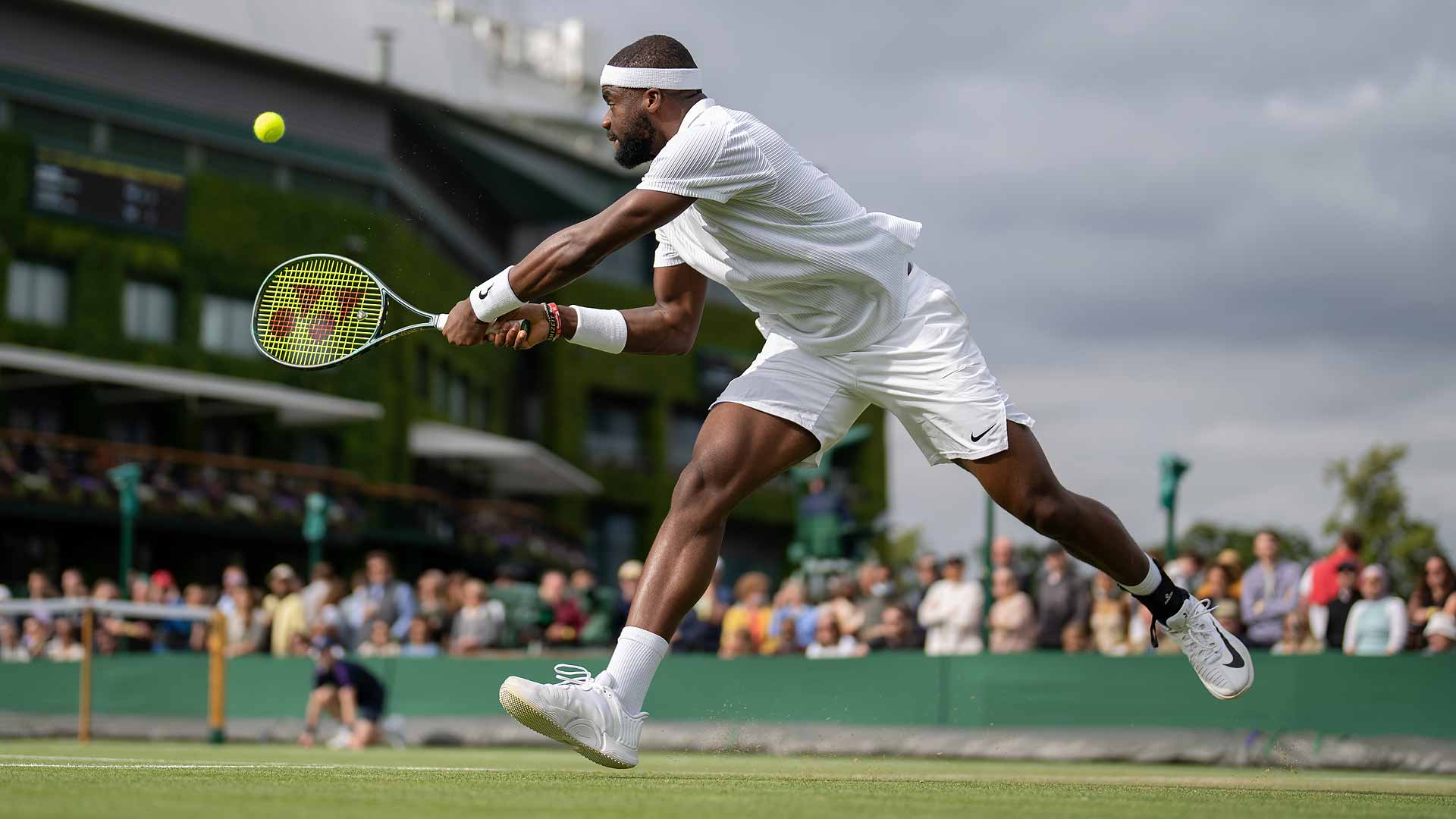 Photo Credit: AELTC/Jed Leicester - Pool/Getty Images
Another young American, Frances Tiafoe, earned one of the upset wins of the tournament on Monday when he stunned 2019 Nitto ATP Finals champion Stefanos Tsitsipas. And on Wednesday, not only did the American not suffer a letdown, but he claimed another emphatic triumph to reach the third round.

Tiafoe was nearly flawless in a 6-4, 6-4, 6-4 win against big-serving Canadian Vasek Pospisil. The 23-year-old did not face a break point to advance after two hours and three minutes.

“I played at a high level, but I’m not satisfied with just beating Stefanos,” Tiafoe said. “At the end of the day, it’s just the second round. I’m in that transition stage of trying to get my ranking back up. That was a big win, but there’s a lot more to go.”

The World No. 57 will next play 25th seed Karen Khachanov, who defeated Belarusian Egor Gerasimov 6-1, 7-6(3), 6-3 after one hour and 48 minutes. Three years ago at Wimbledon, the Russian rallied from two sets down to oust Tiafoe in the third round.

“Honestly sometimes you get too pumped up and you overplay. I’m comfortable knowing that my game is good enough,” Tiafoe said. “I don’t need to play out of my shoes or anything. But he knows I want it. It’s going to be a good match."

American Sam Querrey knocked off 11th seed Pablo Carreno Busta 7-6(6), 6-4, 7-5 after one hour and 55 minutes. In their only previous ATP Head2Head meeting two years ago in Stockholm, the Spaniard triumphed in three sets.

But this time, Querrey dominated play with his aggressive game, blasting 61 winners — including 22 aces — to defeat the 29-year-old. He has made at least the quarter-finals at Wimbledon on three occasions, and his best Grand Slam performance came on the London lawns in 2017, when he made the semi-finals.

Feature: Fritz's Road From A Wheelchair In Paris To A Win At SW19