Filip Krajinovic is level with Daniil Medvedev at 1-1 in their ATP Head2Head.

Krajinovic On Medvedev Clash: 'It Is A Big-Time Opportunity For Me'

ATP Staff
This article contains:
Serbian discusses the challenges that come with playing the top seed

Serbian Filip Krajinovic has a lot of respect for Russian Daniil Medvedev. But that will not stop the World No. 34 from giving the top seed his best shot on Monday in the third round of the BNP Paribas Open.

“It is a big-time [opportunity] for me,” Krajinovic told ATPTour.com. “Medvedev has been playing so well.”

Two years ago at the BNP Paribas Open, Filip Krajinovic cruised past then-World No. 15 Medvedev 6-3, 6-2 in just 78 minutes. If the Serbian repeats that feat on Monday in Indian Wells, it will certainly be more surprising.

Since that defeat, the Russian has rapidly ascended to the top of the sport. Now No. 2 in the FedEx ATP Rankings, Medvedev has since won four ATP Masters 1000 titles and just claimed his maiden major trophy at the US Open.

“He won the US Open, he is the best player in the world. I am very excited to play against him,” Krajinovic said. “I have played against him a couple of times already, I know how he plays. For sure he is the favourite for that match, but I have nothing to lose, I will try to enjoy it.” 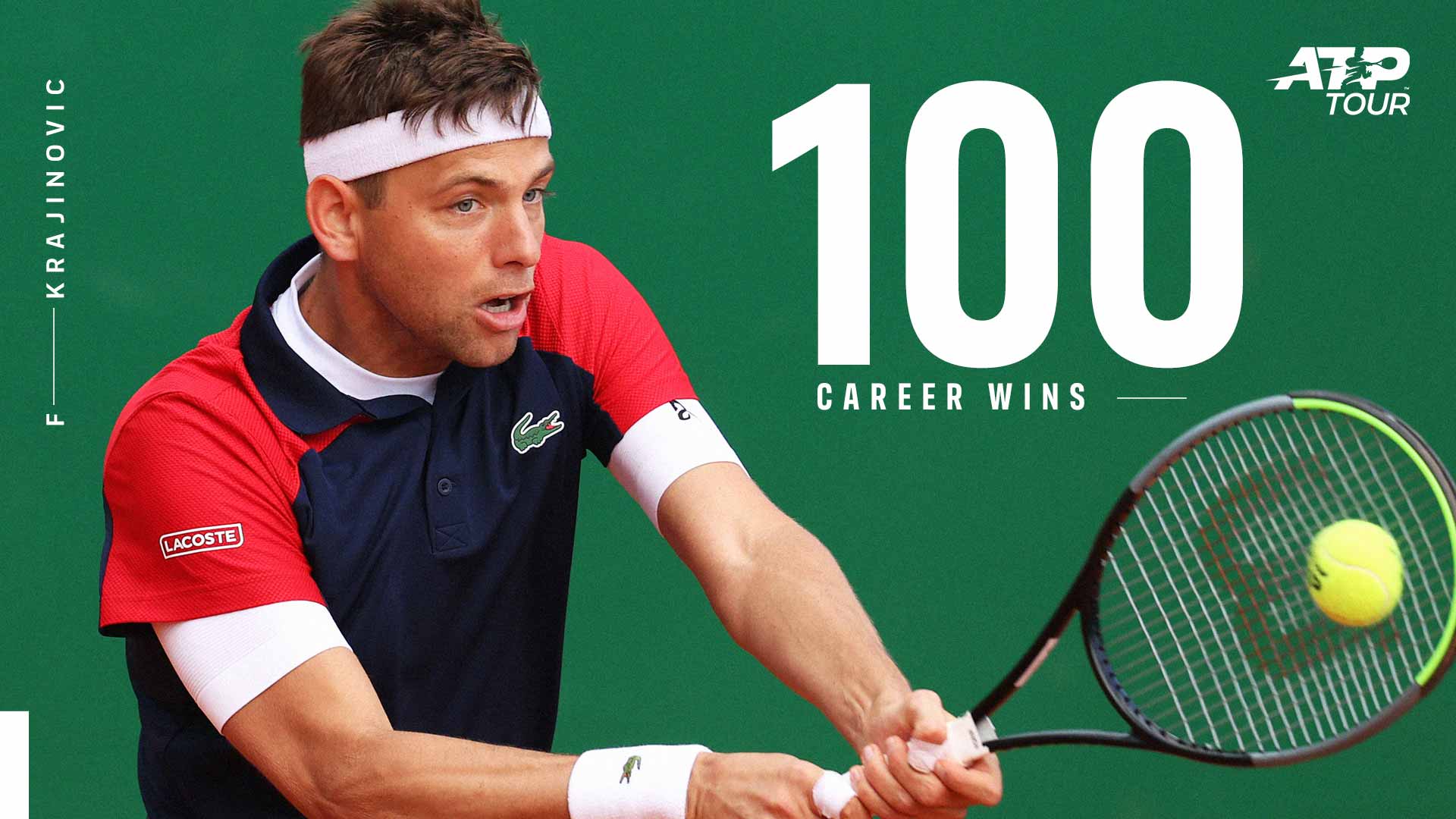 Krajinovic won his 100th tour-level match in the first round of Indian Wells. Photo: Alexander Hassenstein/Getty Images.
Their most recent clash came in the third round of this year’s Australian Open, where Krajinovic controlled the action at moments before Medvedev triumphed 6-3, 6-3, 4-6, 3-6, 6-0.

“I played really well. In Australia, we played five sets. But in Australia, it was different conditions than here, so let’s see,” Krajinovic said. “I am excited. I know he is going to play his best game and is ready to play and I am also ready, so let’s see.”

The 2017 Rolex Paris Masters finalist is well aware that today’s Medvedev is not the same one he faced in the desert two-and-a-half years ago. One part of the top seed’s game he thinks is particularly strong is his serve, adding that, “Everybody knows his serve is a big weapon”.

“I think he has improved a lot. Physically he is much better. He is serving so well. I think it is tough to beat him as he has no weakness right now,” Krajinovic said. “But as I said, I have nothing to lose so I am going to step it up and play aggressively.”

You May Also Like: Medvedev Magnificent Against McDonald In Indian Wells

Medvedev also knows he faces a tough challenge against Krajnovic. After their Australian Open clash, he said in the fourth set the Serbian played “perfect tennis”.

“He can play [an] amazing level of tennis,” Medvedev said. “I feel like if he will reproduce what he did today on the court, he can be a Top 20 [player] for years to come, like for many years at least Top 20.” Krajinovic has climbed as high as World No. 26 and in the first round against Marcos Giron, he claimed his 100th tour-level victory.

He is comfortable in Indian Wells, where he made the third round in 2018 and the fourth round in 2019. Only Roger Federer and Rafael Nadal were able to stop him in those editions of the Masters 1000 event.

“I love this place. I have been playing so well here the past couple of years,” Krajinovic said. “I am excited because I love the facilities here, I love the courts. I enjoy being here.