Lukasz Kubot and Marcelo Melo move into the third round of the US Open.

Kubot/Melo Cruise Into Third Round At US Open

Seconds seeds Lukasz Kubot/Marcelo Melo continued their hot start at the US Open, advancing to the third round on Saturday with a 6-3, 6-4 win over Albert Ramos-Vinolas/Jozef Kovalik. They’ll face Leonardo Mayer/Joao Sousa for a place in the last eight after they toppled No. 14 seeds Henri Kontinen/John Peers 3-6, 6-3, 7-6(4).

Down by a set and a break, top seeds and Wimbledon champions Juan Sebastian Cabal/Robert Farah fought back to prevail over Daniel Evans/Cameron Norrie 5-7, 6-4, 6-3. Two weeks ago at the Western & Southern Open, the Colombian duo became first team to qualify for this year’s Nitto ATP Finals, held at The O2 in London from 9-17 November. 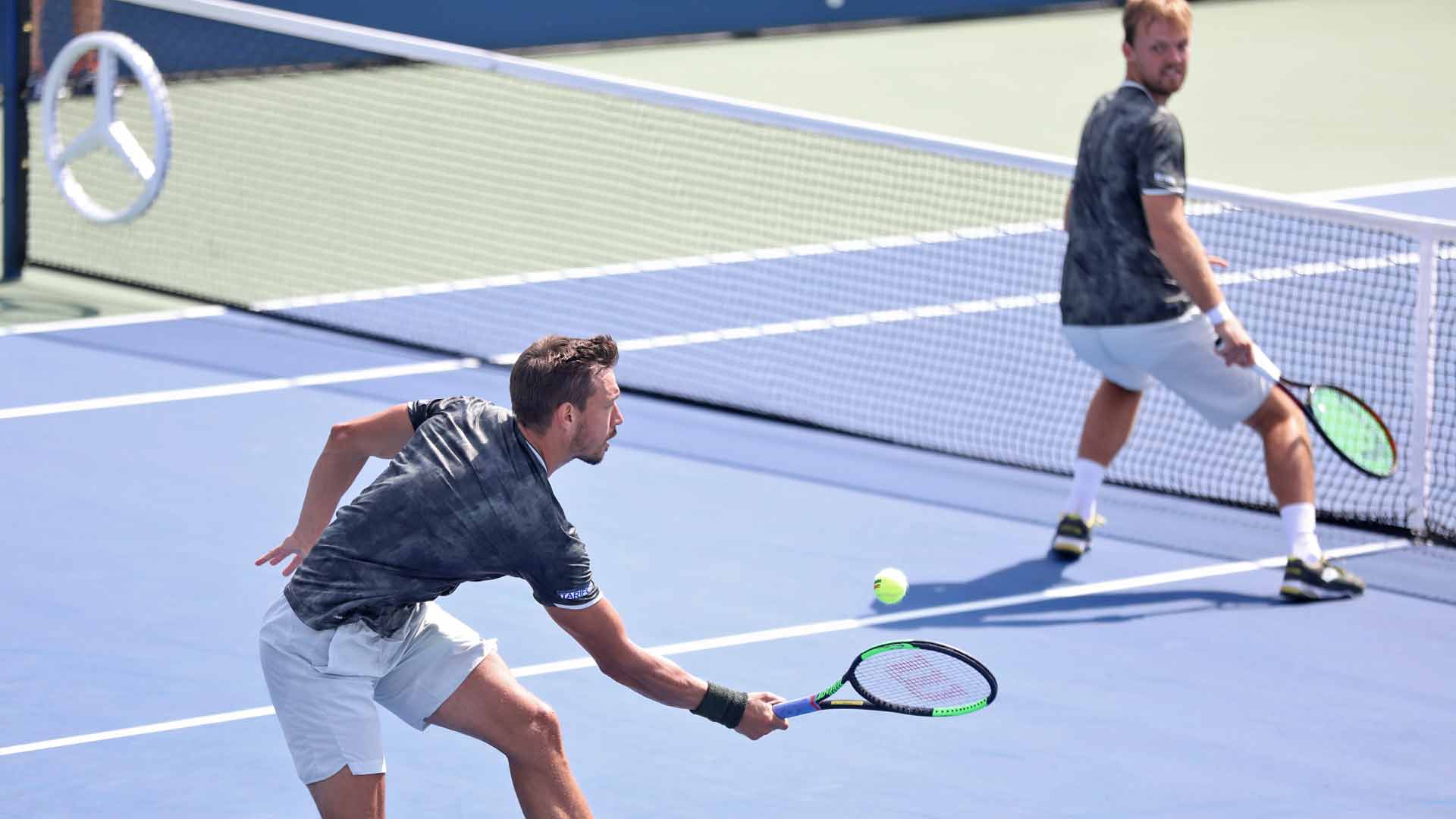 Kodat, 16, and Damm Jr., 15, became the youngest men’s doubles team in the Open Era to win a match in New York with their first-round victory on Friday.

Jamie Murray pulled off one of the best shots of the tournament in his victory with Neal Skupski. The No. 15 seeds cruised past Ricardas Berankis and Juan Ignacio Londero 6-3, 6-4.

Shot of the tournament? 🤯@jamie_murray 👏👏