Karen Khachanov advanced to the second round at Roland Garros for the fourth consecutive year.

Russian is into second round for fourth straight year

Karen Khachanov has enjoyed success at Roland Garros throughout his career, and the 15th seed got off to a good start at this year's event on Monday in Paris.

Khachanov defeated Kamil Majchrzak 7-6(3), 6-3, 6-3 in one hour and 56 minutes to reach the second round. The Russian has advanced to at least the fourth round on the terre battue in the past three years. Last year, he made the quarter-finals.

The 24-year-old, an aggressive baseliner, only made 22 unforced errors in his victory. Khachanov broke serve five times. He will next play Czech Jiri Vesely, who won a battle of lefties against Liam Broady 6-2, 5-7, 6-3, 6-2 in two hours and 46 minutes. 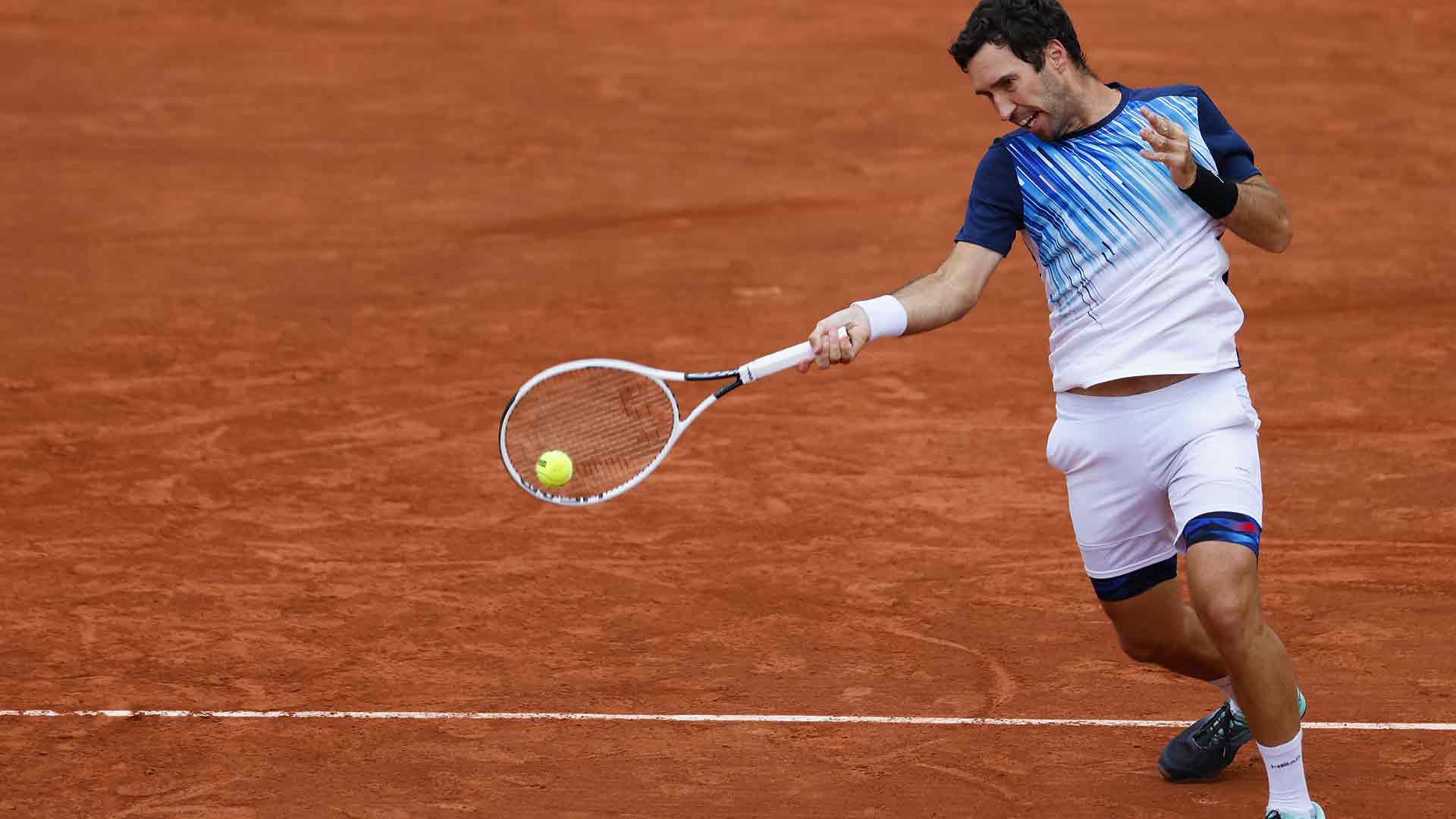 Elsewhere, Mikhail Kukushkin recorded one of the biggest wins of his career to reach the Roland Garros second round for the first time since 2017.

Kukushkin recovered from 3-5 down in the third set by winning 24 of 32 points, then ran through the 22-minute fourth set for the loss of six points. Both players hit 42 winners, but Kukushkin was stronger on serve and converted seven of his 12 break point opportunities.

The 32-year-old Kukushkin will now challenge Pedro Martinez, who recorded just his second Grand Slam championship victory with a 7-5, 6-4, 6-0 win over fellow qualifier Aleksandar Vukic in two hours and 12 minutes. Martinez saved two set points on serve at 4-5, 15/40 in the first set.