Nick Kyrgios beats Frederico Ferreira Silva on Monday to reach the second round of the Australian Open.

Kyrgios On The GOAT Debate: 'Federer Is The Greatest Of All Time'

ATP Staff
This article contains:
The Aussie gives his opinion of each of the Big Four

The GOAT — Greatest Of All Time — debate sends fans and analysts alike spinning in circles. Is it Roger Federer? How about Rafael Nadal? Could Novak Djokovic eventually take that title?

Nick Kyrgios joined the conversation Monday evening following his first-round win at the Australian Open. The 25-year-old’s choice is clear.

“In my opinion, I believe Roger is the greatest of all time. With his skill set, the way he plays the game, I think it's pure. I actually think talent-wise Nadal and Djokovic aren't even close to Roger,” Kyrgios said. “Talent-wise, just purely based on talent the way Federer plays, his hands, his serving, his volleys, untouchable.

“Roger's chopped me a couple of times.  Roger makes you feel like you're really bad at tennis sometimes.  He walks around, he flicks his head, and I'm, like, ‘I don't even know what I'm doing out here.‘ Roger is the greatest, for me.” 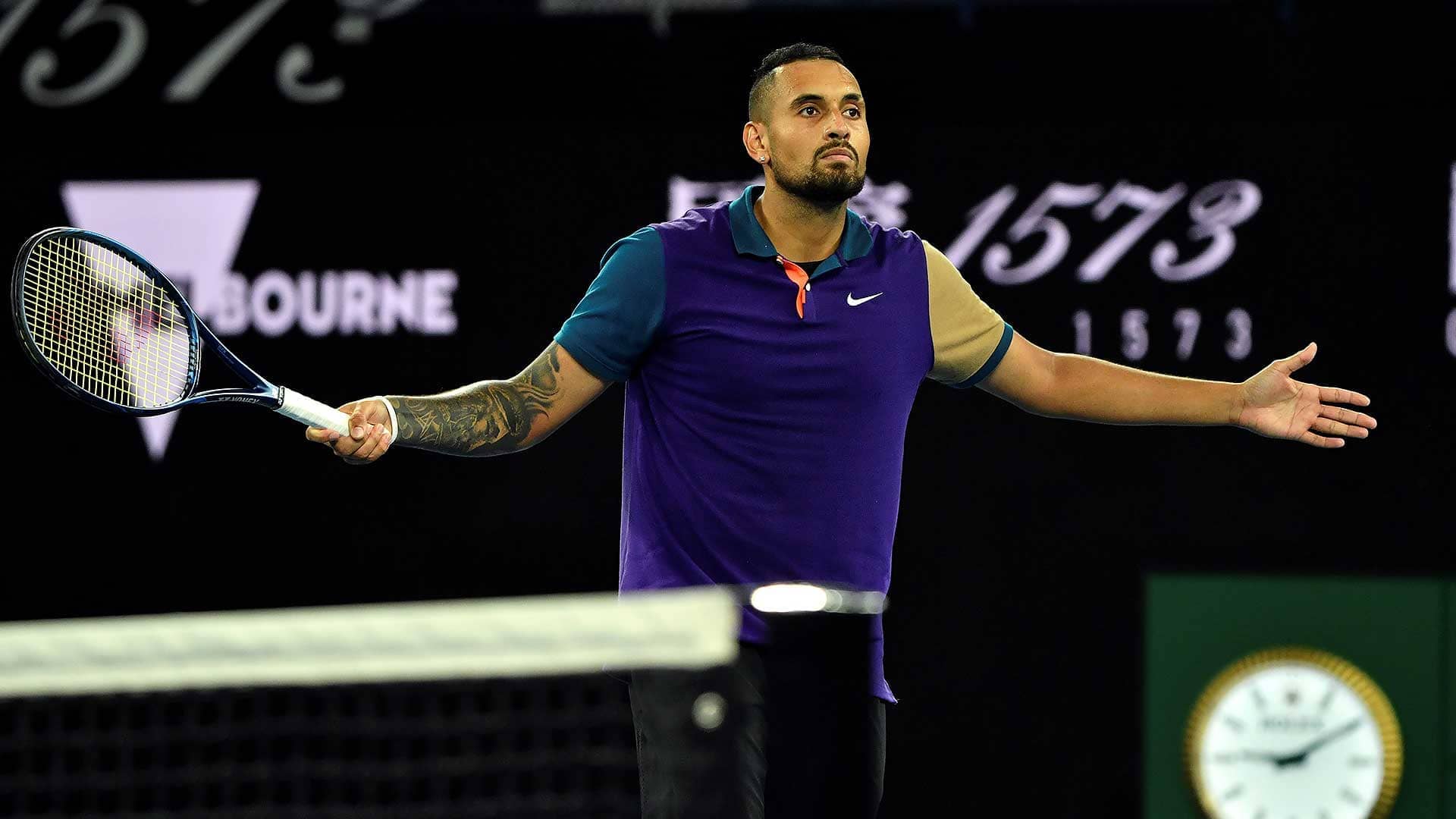 Kyrgios, who has beaten each member of the Big Four — Federer, Nadal, Djokovic and Andy Murray — highly respects them all, but he views their skillsets in different ways. To the Aussie, “styles make fights in tennis”.

“All great in their own way, obviously.  I don't think we have ever seen someone maybe so dominant in their period of time as Novak, like he went on that 60-match winning streak or something really crazy,” Kyrgios said. “Me personally, I played them all.  I actually think Andy for me was tougher than Novak to play.  I mean, I have only played Novak twice. I have played Andy six times and I'm 1-5. Nadal, I actually think, I match up quite well against Nadal. I can serve big and play kind of the right style of tennis to be successful against him.”

You May Also Like: Blink & You Miss It! Kyrgios' 46-Second Service Hold

Kyrgios has played Nadal more than any other member of the Big Four, with the Spaniard leading their ATP Head2Head series 5-3. Three of those clashes have come at Grand Slams (Nadal leads 2-1).

“Rafa, you will never see someone so dominant on one surface ever.  I don't think we will ever see that amazing accomplishment on clay, the best clay courter of all time,” Kyrgios said. “It's funny, because I think Roger is the greatest of all time but not the greatest of the era because his head-to-head against Rafa is not great.  But it's a tough one.”

The 2015 Australian Open quarter-finalist is certainly aware of how tough it is to beat these legends of the sport. During his post-match press conference Monday, he even pointed to a match that was on court in which Djokovic beat former World No. 25 Jeremy Chardy 6-3, 6-1, 6-2.

“I’m just watching him play Chardy and Chardy doesn't even believe that he can win,” Kyrgios said. “When you reach that status, you must be pretty good.”