Nick Kyrgios saves two match points to reach the third round of the Australian Open.

The 2015 quarter-finalist was on the brink of elimination as Humbert served for the match at 5-4 in the fourth set, but he stepped in with his forehand and fired a backhand passing shot winner to extend the match and begin his comeback.

“Honestly, I don’t know how I did that. I don’t even know what to say. I am lost for words. That is one of the craziest matches I have ever played,” said Kyrgios, in an on-court interview.

“I haven’t played for a year and he has been playing some great tennis last year,” said Kyrgios. “The one thing I probably have on him right now is experience. I have just drawn from experience so much on this court… I’ve had so many experiences and I just had to draw on that, put my head down and just try to make him play.”

Kyrgios’s reward on that occasion was a meeting with 2009 champion Rafael Nadal. This year, he will face 2020 runner-up Dominic Thiem in his next match.

Kyrgios was making only his second tournament appearance since retiring from his match against Humbert at the Abierto Mexicano Telcel presentado por HSBC last February. Following the suspension of the ATP Tour, the Aussie decided to miss the remainder of the 2020 season.

Kyrgios improved to 4-1 this year with his win against Humbert. In his return event last week, Kyrgios claimed back-to-back wins to reach the Murray River Open quarter-finals.

You May Also Like: Thiem Cruises, Schwartzman Storms Into Third Round Down Under

In a first set with limited break opportunities, Humbert claimed the opener with a late break at 6-5. Two games after saving set point with a powerful first serve, Kyrgios gifted Humbert the first set with poor shot execution. The Aussie struck three drop shots in the 12th game, the first landed in the net and Humbert charged up the court and finished the following points with winners.

Humbert handed Kyrgios an early opportunity in the second set, as he missed a series of groundstrokes at 1-1. The Aussie stepped inside the baseline on his return and attacked Humbert’s backhand to take his chance and gain the only break of the second set. Kyrgios came to the net behind his serve to level the match.

The third set followed a similar pattern to the first, with neither player able to find success in their return games. At 3-4, Humbert ripped two winners up the line to reach 30/30 on Kyrgios’ serve. The Aussie committed a double fault and dropped serve when Humbert took advantage of another drop shot. The Frenchman closed the set with a love service hold to move one set from victory. 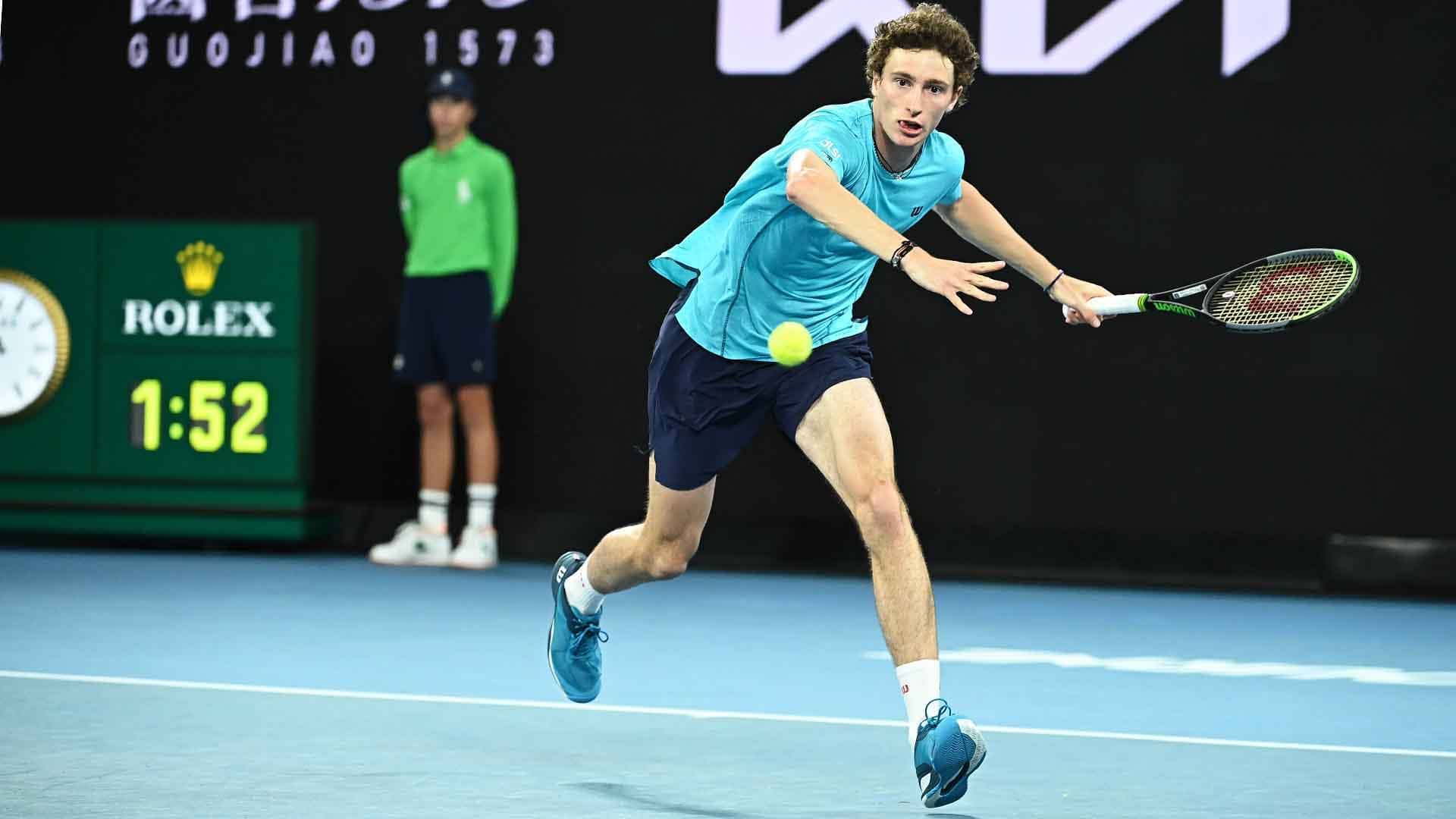 Humbert increased his advantage in the opening game of the fourth set. The two-time ATP Tour titlist benefitted from back-to-back double faults from his opponent, who made two further errors at 30/30 to drop serve. Humbert served with pace and precision to escape three break points at 4-3, but could not convert match points in his next service game. Kyrgios attacked with his forehand and landed backhand passing shots to stay in the match and dominate the fourth-set tie-break.

With the momentum, and crowd, firmly in his favour, Kyrgios stepped inside the baseline and attacked with his backhand to claim a crucial break at 1-1 in the decider. On his first match point, the Aussie fired a serve out wide and collapsed to the court in celebration as Humbert’s backhand return failed to find the court.

Humbert was attempting to reach the Australian Open third round for the first time. The Frenchman claimed a four-set win against Yasutaka Uchiyama on Monday to record his first win at the opening major championship of the year.

“He is a heck of a player. One of the most improved players last year,” said Kyrgios. “You can see why. He played amazing tennis.”

Grigor Dimitrov needed one hour and 50 minutes to clinch his place in the third round. The 2017 semi-finalist broke serve on four occasions to move past Aussie wild card Alex Bolt 7-6(1), 6-1, 6-2.

Did You Know?
Nick Kyrgios owns an 8-2 record in five-set matches. Six of those encounters have been contested at the Australian Open (4-2).