Nick Kyrgios is locked in the fifth set of a battle against Ugo Humbert in the first round at Wimbledon.

Nick Kyrgios is back. But fans will have to wait one more day to see if he will reach the second round at Wimbledon.

The inimitable 26-year-old has shown little rust after missing four months while staying home in Australia. But he has some work left to do against 21st seed Ugo Humbert, with their match suspended due to curfew at 6-4, 3-6, 4-6, 6-1, 3-3 after two hours and 43 minutes.

The pair met in the second round of this year’s Australian Open, where Kyrgios saved two match points against the lefty en route to a five-set victory after three hours and 25 minutes. This clash has been equally entertaining, with both men showing superb shotmaking while playing to the No.1 Court crowd. 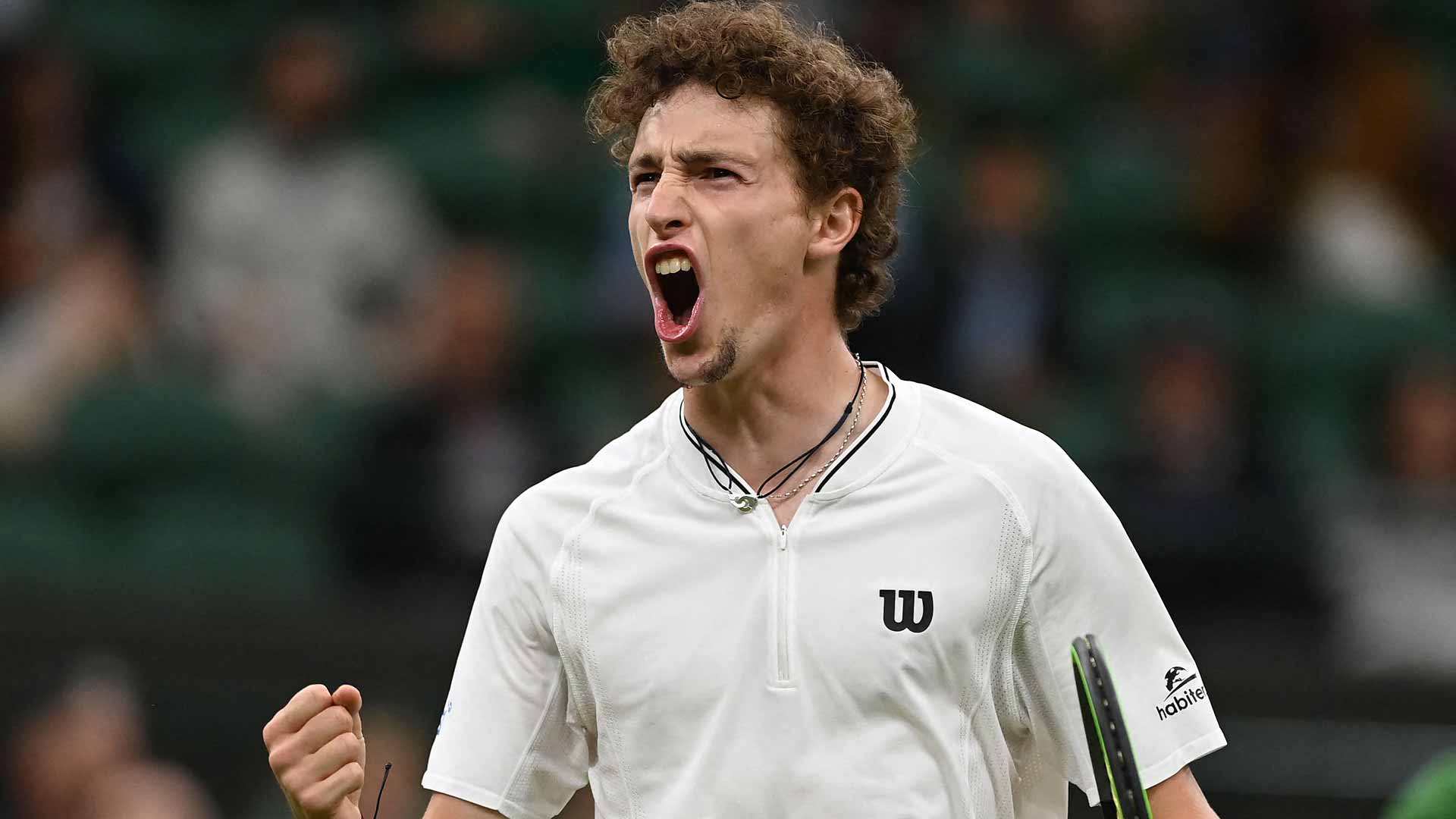 Photo Credit: AFP/Getty Images
Humbert won his first ATP 500 title just two weeks ago on grass in Halle, where he defeated Top 10 stars Alexander Zverev and Andrey Rublev en route to the title. In 2019, on his tournament debut, the Frenchman advanced to the fourth round at SW19.

Kyrgios, a 2014 quarter-finalist at Wimbledon, has made it to at least the Round of 16 at the grass-court major in three of his six previous appearances.

Three years ago, Kyrgios said in Brisbane that his game is “kind of like a tap. I can turn it on when I want to.” The Aussie proved that against Humbert. Despite not playing a match since his third-round loss against Dominic Thiem at the Australian Open and not competing on grass since Wimbledon in 2019, Kyrgios did not take long to find his rhythm. He promised the fans a show on social media when the draw came out, and the match has lived up to its billing.

Humbert seized an early break, but Kyrgios fired right back with two consecutive breaks of his own to take control of the set, which he eventually won. The Aussie was clearly enjoying the moment, using a wide variety of shots — from his booming serve and powerful forehand to drop shots and the occasional tweener — to thrill the crowd.

But the Frenchman is in form, and he did not get distracted by the Kyrgios Show. Humbert stayed consistent and used his lefty serve to dominate the next two sets. World No. 60 Kyrgios found himself on the back foot in rallies, when he normally dictates play on the baseline.

You May Also Like: Kyrgios: 'No One Wanted To Play Me First Round'

In a flash, Humbert took a two-sets-to-one lead and appeared on a path to a showdown against the winner of Juan Ignacio Londero and Gianluca Mager. But Kyrgios, who often complimented his opponent's shots throughout the match, fought back, just like he did at his home Slam.

The former World No. 13 took advantage of a Humbert double fault on break point to take the lead in the fourth set. And from there, he was able to tone down his shot selection enough — the tweeners and drop shots were not working well — to avoid giving the 21st seed a way to battle back into the set. Kyrgios crushed a laser-like backhand up the line to take a double-break advantage and surge into a deciding set.

Neither man has earned a break so far in the fifth, and they will return second on No. 1 Court to complete their duel. Kyrgios is 8-3 in five-setters and Humbert is 1-3.