Nick Kyrgios knew playing last week’s Shenzhen Open champion Yoshihito Nishioka in front of the Japanese’s home crowd in Tokyo would be a difficult proposition. But the 2016 champion was solid under pressure on Wednesday afternoon, saving two set points in the second set en route to a 7-5, 7-6(3) victory to reach the second round of the Rakuten Japan Open Tennis Championships 2018.

“It’s tough. He’s obviously riding a lot of confidence from last week, coming to your home and playing in front of your home crowd, he was probably looking forward to it today,” Kyrgios said. “It was a good match, I thought. He had a chance in the second set, but it’s never easy playing one of the home favourites.”

It was a strong performance by Kyrgios, who now owns a 7-1 record at this tournament. The 23-year-old has advanced past his opener 11 times in 12 events this season. It doesn’t hurt that he knows he has enjoyed success in Japan and against Nishioka, whom he defeated two years ago at Atlanta in their only previous FedEx ATP Head2Head meeting.

“Not just here, just doing well in general is good for me confidence-wise on the tennis court. Obviously I’ve had success here before, so I think the conditions are a little bit different to the last time I played this tournament,” Kyrgios said. “I think indoors, it’s a little bit faster this year. It probably suits my game a little bit more. I feel good coming back to Tokyo. I’ve always played good tennis here. I won a couple titles here in juniors as well, so I always feel comfortable coming back.”

In the next round, the Aussie will face a stiff challenge in Frenchman Richard Gasquet. The No. 8 seed has defeated Kyrgios in five of seven previous FedEx ATP Head2Head clashes. However, they have not competed against one another since Roland Garros two and a half years ago. 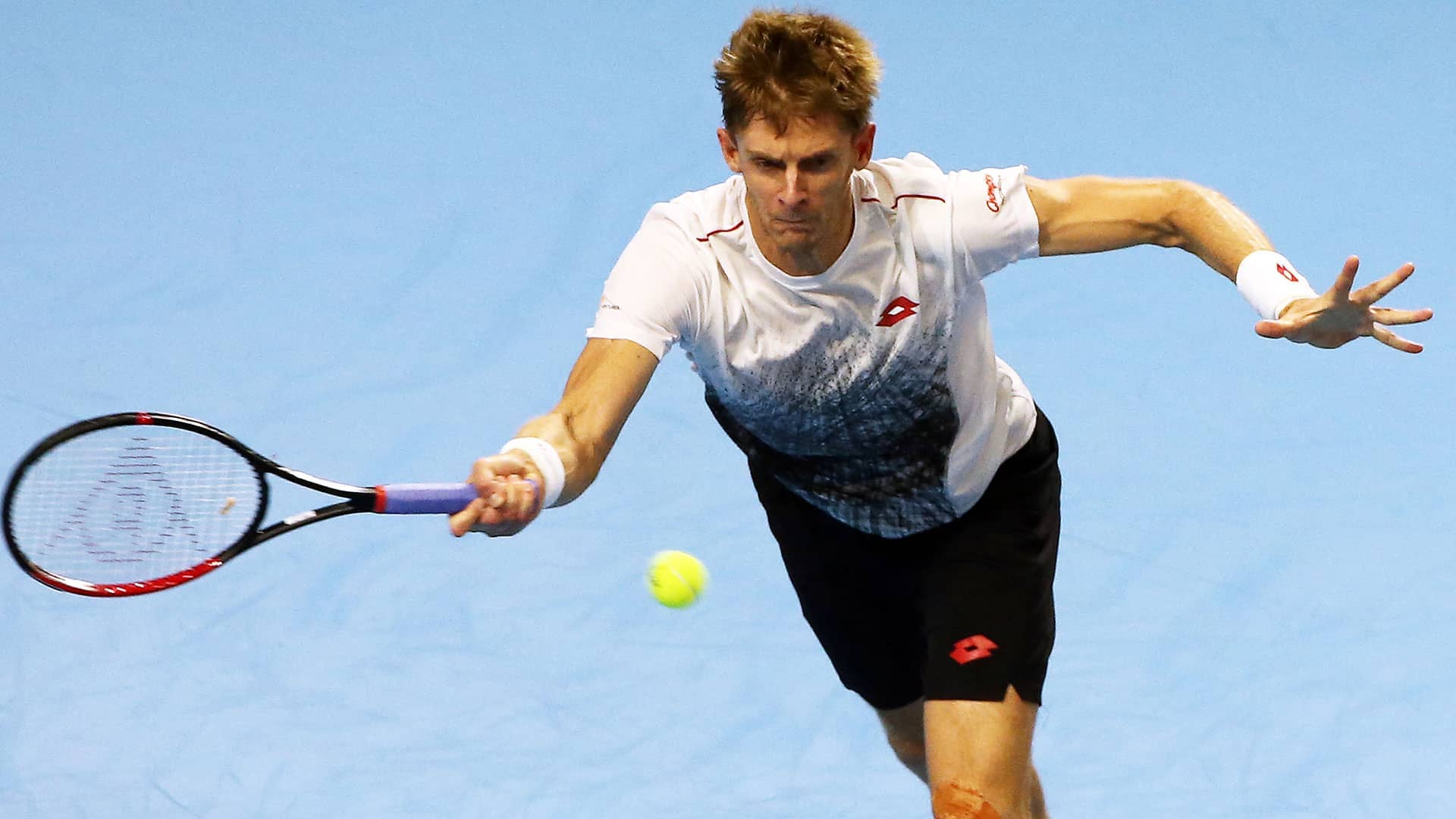 While Kyrgios got through in straight sets, No. 2 seed and Nitto ATP Finals contender Kevin Anderson had to scratch and claw to move past Aussie Matthew Ebden 4-6, 7-6(1), 6-2 after two hours and 11 minutes. The South African struck 22 aces and saved five of the six break points he faced to earn his third match win in Tokyo.

"It was definitely a tough match. Playing Matt, he has great hands and feel, he moves very well, he uses pace very well and I think he was doing it very effectively through almost the whole match. I really had to dig out some break points in the second set, which I think was really important in the end," Anderson said. "Fortunately I was able to really pick up and play a great tie-break."

In the first set, Anderson won just 57 per cent of his service points, a low number for one of the most dominant servers on the ATP World Tour. And while he could not break in the first two sets, the 32-year-old did well to battle until he found his opening.

"I wasn't really getting a good read on his serve at all," Anderson said. "In those settings my primary goal is to take care of my service games and if I'm not able to make any progress on their serve, at least put myself in a tie-break position."

Anderson has enjoyed the best season of his career, spending all but seven weeks inside the Top 10 of the ATP Rankings. He will next face #NextGenATP American Frances Tiafoe with a spot in his ninth tour-level quarter-final of 2018 on the line.