The NK Foundation plans to provide and fund free coaching clinics at the Gungahlin tennis facility throughout the year.

Australian is providing support through the NK Foundation

Nick Kyrgios has pledged to provide programming support to a new tennis facility in the Australian Captial Territory.

A few weeks ago, Kyrgios showed his support for the Gungahlin tennis facility on social media and he has since extended his commitment to the project through the NK Foundation. The ACT Government will commit to the project — which will support a minimum of 24 new jobs during construction and five ongoing jobs — if re-elected in October.

“It’s going to give a chance for disadvantaged kids. Funding to get them out here and play together,” said Kyrgios. “To have another facility like this, hopefully my foundation can give kids a shot to get out there and play and hopefully they fall in love with it and something great happens. I just want to come down here and see people happy.” 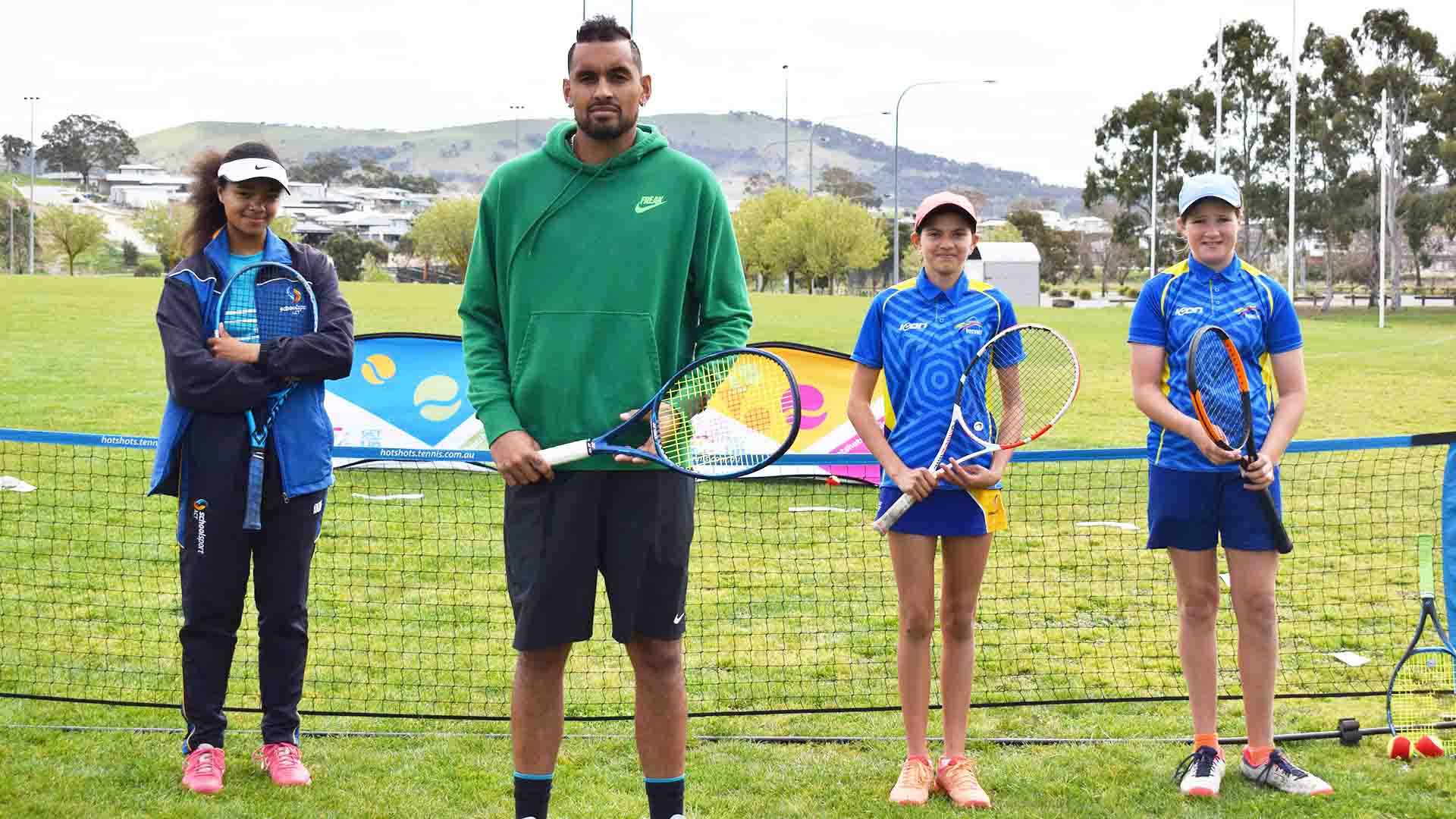 Canberra native Kyrgios also announced that he would establish the NK Foundation Squad at the new venue to support youths in need in the Gungahlin region.

The NK Foundation will provide and fund free coaching clinics at the facility throughout the year. Off the court, there will be a range of activities that will bring the squad together such as social outings and team experiences. The squad will be open to both boys and girls aged 18 and under, with no tennis experience required.

“Nick is always supportive of the local tennis landscape here in Canberra and we are excited that his generosity will provide kids the opportunity to get on court through the NK Foundation,” said Tennis ACT CEO Kim Kachel.

You May Also Like: Knock, Knock, It's Nick: Kyrgios Could Be At Your Door

ACT Chief Minister Andrew Barr MLA and ACT Minister for Sport and Recreation Yvette Berry MLA announced that they would support approximately AUD $8 million in investment for the project as a pre-election commitment.

The plans for the facility include 12 ITF specified hard courts, two Tennis Hot Shots courts, along with a multi-lined and multi-use centre court that can be utilised for other sports.

“Tennis in the ACT continues to grow with over 32,000 participants,” said Berry. “This facility will not only help the sport continue to grow - through initiatives like Book-a-Court and the Tennis in Schools Program - but will also support the ACT to host bigger tennis events.”