Henri Laaksonen is pushing for a return to the Top 100 of the FedEx ATP Rankings.

Hold The Salmon! Laaksonen Is Catch Of The Day In Paris

ATP Staff
This article contains:
The Swiss will play former World No. 4 Nishikori in the third round

Henri Laaksonen arrived in Paris without a tour-level win this season. But on Wednesday, the Swiss stunned 11th seed Roberto Bautista Agut 6-3, 2-6, 6-3, 6-2 at Roland Garros to reach the third round of a Grand Slam for the first time.

“Today was just an amazing match for me,” Laaksonen said. “I was playing really aggressive and it paid off.”

The 29-year-old’s major breakthrough is on a comfortable surface for the World No. 150. Although Laaksonen is Swiss, he spent his first 16 years in Finland and grew up in Hyvinkää, which is north of Helsinki.

“They opened the clay courts really early, sometimes [at the] end of March, beginning of April already. Sometimes we were playing when it was snowing a little bit,” Laaksonen said. “I just like it generally when I have a little bit more time for my strokes and slower conditions, so [the clay] fits me.” 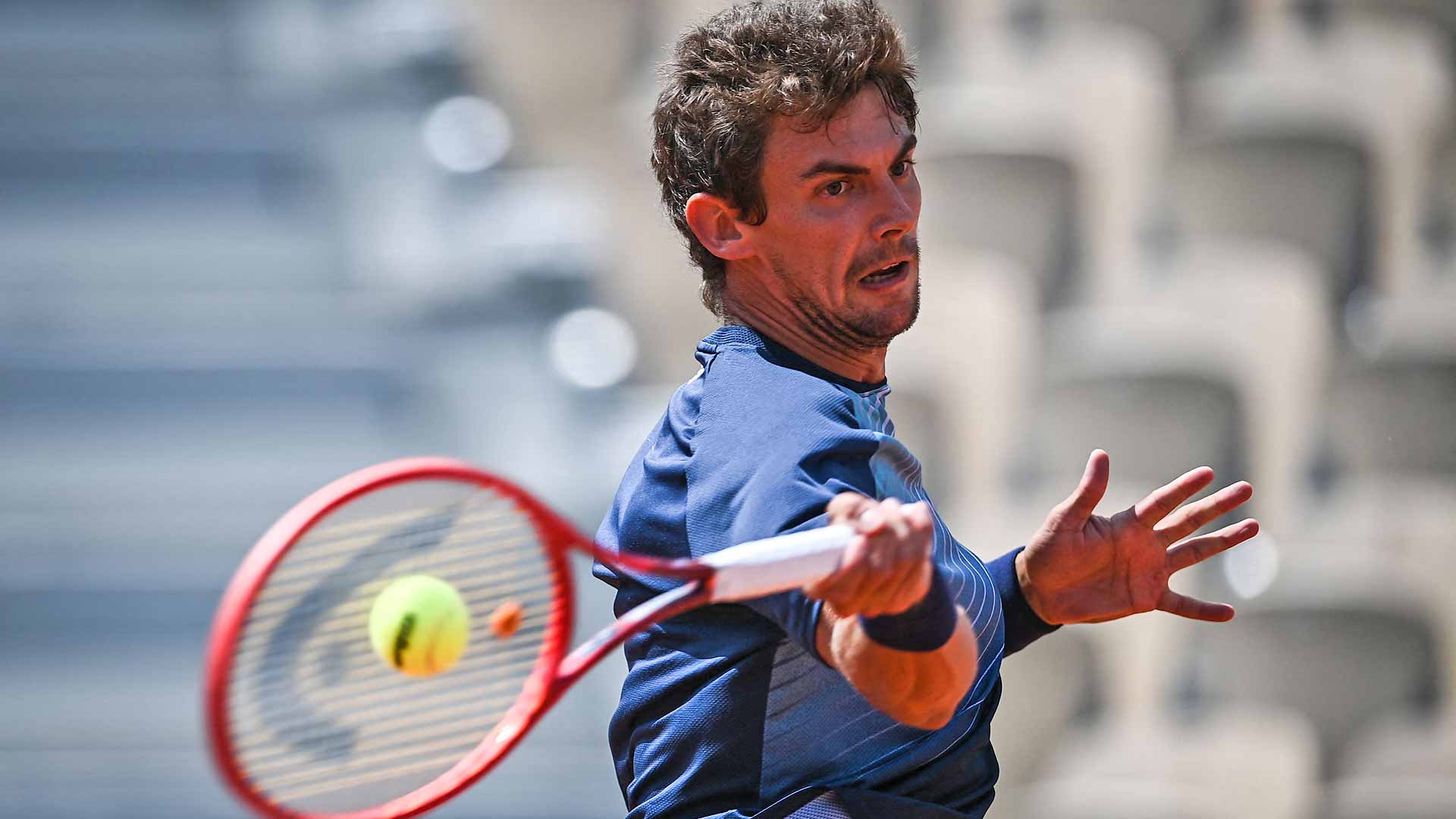 Photo Credit: AFP/Getty Images
As a junior, Laaksonen’s best result came at Roland Garros. In 2009, he reached the semi-finals of the boys’ singles event, and in 2010 he climbed to a career-best World No. 20 in the junior rankings. But it would take until July 2017 to break into the Top 100 of the FedEx ATP Rankings.

In February 2018, however, he ran into an issue. Laaksonen ate a lot of seafood growing up, especially salmon. But he began feeling intense pain throughout his body whenever he would eat it.

Laaksonen would have seafood one night, then would only be able to practise for a short time the next day and the resulting inflammation would force him to stay in bed for two days. But once he stopped eating salmon, things would get better.

“My body is starting to work again in a more normal way,” Laaksonen told ATPTour.com in 2019.

You May Also Like: Mysterious Food Allergy Behind Him, Swiss Laaksonen Focuses On Roland Garros First

Now Laaksonen has been battling to find the form that has helped him to two ATP Tour semi-finals and a career-high World No. 93 in 2017. The Swiss snapped a five-match losing streak at all levels two weeks ago in Geneva, where he qualified for the main draw. Laaksonen then qualified for the Roland Garros main draw for the third time.

“I wasn't playing bad. It was just missing one, two, three per cent, and that makes the difference on this level. Either you win those matches or you lose,” Laaksonen said. “I didn't feel bad actually on court. I was just missing a couple parts on my game. Here it has been going my way so far, so it's close always. And I wasn't really happy and I'm still not happy. My ranking is 150. That's not my goal, but that's what it is. I just try to improve.”

Laaksonen reunited a few weeks ago with coach David Pultr, whom he had previously worked with two years ago.

“I think we communicate well. We have good relationship,” Laaksonen said. “I think that's important for a player to feel comfortable and to perform well.”

Things are moving in the right direction for the 29-year-old, who admitted he’s “not satisfied if I'm 140, 130, or 150” in the FedEx ATP Rankings. For now, he will focus on trying to make the fourth round at a major when he plays Kei Nishikori, who has needed five sets to win his first two matches.

“To be honest, I wasn't expecting that I [would] win today, so first I have to enjoy this one,” Laaksonen said. “Then I think I have a day off tomorrow. I’ll do my practise, and then when I have the next match, I’ll try to continue from there where I left today.”