For Serbia's Lajovic, Business Is Good On And Off The Court

Jonathon Braden
This article contains:
Serbian through to the quarter-finals in Umag

EDITOR'S NOTE: This story was first published during Roland Garros on 29 May 2019. Dusan Lajovic is now into the quarter-finals at the Plava Laguna Croatian Open Umag, his first ATP Tour quarter-final since finishing runner-up this April at the Rolex Monte-Carlo Masters (l. to Fognini). The Serbian, who seeks his first ATP Tour title, will play Slovenian Aljaz Bedene on Friday.

Serbian Dusan Lajovic swears he's not addicted to coffee. With his morning breakfast, if he feels a little bit low on energy, the 30th seed at Roland Garros usually has a short espresso, and around 4 or 5 p.m., he might savour a cappuccino, a little pick-me-up to avoid the mid-afternoon slump.

So about two coffees every day.

“But I'm trying to not overdo it.”

Who could fault him, though, for occasionally indulging? It's good for business.

Lajovic, along with Serbian doubles player Nikola Cacic, co-founded and co-owns “Laboratorije Kafe”, or Coffee Lab, located about 25 metres from his front door in Belgrade, or, if it was at Roland Garros, about the distance between Court Philippe Chatrier and Court 1.

The café serves the usual coffees – espressos and cappuccinos – along with fresh juices, smoothies, bagels, cookies and ice cream. They import their coffee beans from Italy, after originally sourcing them from Colombia and Brazil, where a sweeter bean grows.

“Now I would say it's a little bit darker, and it's similar to what people are used to in the country,” Lajovic said.

At home, most Serbians drink Turkish coffee, which has a more sour-tasting flavour, Lajovic said, but the lab offers something a little different.

True to its name, the business also has a lab-like feel. It's all black and white, and its smoothies come in beaker-like glassware. “We actually buy the glasses in the shop from the laboratories,” Lajovic said.

Initially, when he and Cacic founded the business about a few years ago, Lajovic envisioned it as the first in a future chain of shops. But even the most fledgling of tennis careers require full-time focus, and, for Lajovic, future growth forecasts for his main hustle have never looked more promising.

The Serbian reached his first ATP Tour final in April at the Rolex Monte-Carlo Masters, an ATP Masters 1000 event, beating Austrian Dominic Thiem (No. 5) and Daniil Medvedev of Russia (No. 14) to hit a career-high in the ATP Rankings of No. 23.

“He hasn't surprised me with the level of tennis on clay, because I knew that he has the ability to play at a really high level,” said countryman Novak Djokovic, World No. 1 and 2016 Roland Garros champion.

“But to do it day after day at such a big tournament and to win against big players like Dominic Thiem is phenomenal, and I congratulate him for the great success... It's great for Serbian tennis.”

At Roland Garros, Lajovic is seeded for the first time at a Grand Slam, a designation that has helped him avoid the likes of Roger Federer and Rafael Nadal in the first or second round.

In four of the past seven Grand Slams, Lajovic has faced a Top 5 player in the first two rounds.

“It's a little bit of a relief,” Lajovic said. “Top 32 in a Grand Slam is something you're always trying to do. When I broke into the Top 50, the next goal was to be seeded in a Grand Slam. Now I'm here, so I'm liking that I did those steps.

“I think every player is doubting about his goals and everything, so whenever you do something like that, it feels satisfactory.” 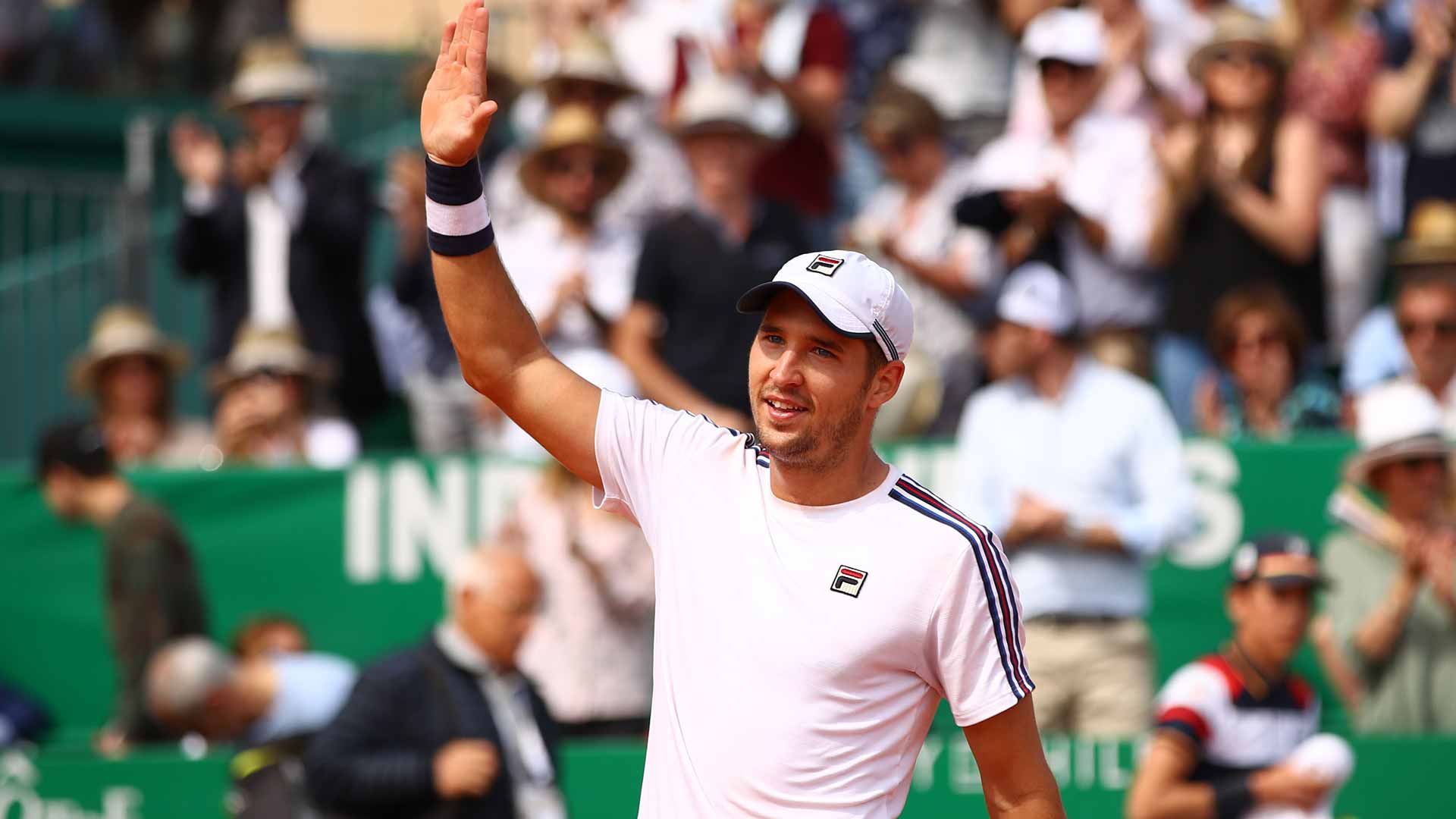 The 28-year-old credits coach Jose Perlas, who has worked with former No. 1s Carlos Moya and Juan Carlos Ferrero, along with Lajovic's countryman Janko Tipsarevic, for the steady improvement. At the start of 2017, Lajovic was ranked No. 93.

“I've tried to become a little bit more aggressive, to be more dominant with the forehand... and try to use that as my weapon from all kinds of positions on the court,” Lajovic said.

In the past, for instance, if the ball came to his backhand side, he'd hit a backhand, and if it came to his forehand, he'd hit a forehand. He rarely diverted from those basics. They've tweaked his fitness regimen as well, matching his workouts to his in-match movements.

Perlas was effusive in his praise of the veteran Serbian.

“The key lies in his total and absolute commitment to face the effort required to change his system, including his game, his workouts, as well as the demands of his new game style,” Perlas told ATPTour.com. “He is one of the people who has come to me with the most commitment... I have never seen him doubt what he is doing. He is always committed to improvement.”

The Serbian is dedicated to making a good run at Roland Garros as well, where he made his best Slam showing in 2014, reaching the Round of 16 before falling to Nadal.

Lajovic, however, doesn't have to worry about facing the 11-time Roland Garros champion unless both reach the final.

The earliest time the Serbian could play a Top 5 player is in the third round, against fifth seed Alexander Zverev, which wouldn't be until Saturday, or, in Lajovic's language, at least three espressos and three cappuccinos from now.