Novak Djokovic is trying to complete the Grand Slam at this US Open. The last male to achieve the feat was Rod Laver in 1969.

Lajovic: ‘There Was Something Different’ About Djokovic

Serbian privileged to play in same era as Big Three

Dusan Lajovic remembers well the buzz surrounding a burgeoning talent, Novak Djokovic, even as a teenager in Belgrade. The younger of the two Serbians, Lajovic had high hopes of his own he could one day make it as a professional tennis player.

Any star athlete a few years older garners attention, particularly those paving a path and setting an example of success. Djokovic was in the midst of transitioning from juniors to ITF Futures and ATP Challenger Tour events when the pair first crossed paths.

“It was a long time ago. It is three years' difference [in age]. I think Novak was 16 years old when I saw him for the first time at a tennis court at Partizan [tennis club],” Lajovic told ATPTour.com. “Everybody was saying, 'This is one of the guys that will be really good at tennis.' You could see there was something different with him from the other guys.”

Lajovic was just as in awe of his countryman some 18 years on as the World No. 1 prepared his bid to secure the Grand Slam at the US Open. Victory would give Djokovic a 21st major and sole position on the all-time tally, one clear of his great rivals Roger Federer and Rafael Nadal.

“It is incredible, especially because you are also playing in this era of the guys who are breaking records. To be in the same era as one of the guys who is the greatest of all-time, you know this is history,” Lajovic said. “It will be really hard for someone to break these records these guys achieved and the way Novak is playing right now.

“It looks like he can break even more records, and you can’t even see the end. When you have someone from your country, it puts it even more into perspective that you need to have that drive, passion and will to be the best. It doesn’t matter where you come from or what conditions you have, you are really trying to sacrifice everything to succeed, and the opportunity will present itself.”

You May Also Like: Djokovic Seeks 'Guiding Star' To Grand Slam History

No. 40 in the FedEx ATP Rankings, Lajovic has been an ATP Cup and Davis Cup teammate of Djokovic’s, as well as a practice partner. He eventually squared off against his decorated countryman in Doha in 2015 and again at the Rolex Monte-Carlo Masters three years ago.

Djokovic claimed both ATP Head2Head encounters and conceded just four games total. From firsthand experience and having seen what his countryman was capable of against his biggest rivals, Lajovic saw no limits to the 20-time major champion’s talents – but felt one in particular stood out more over time. 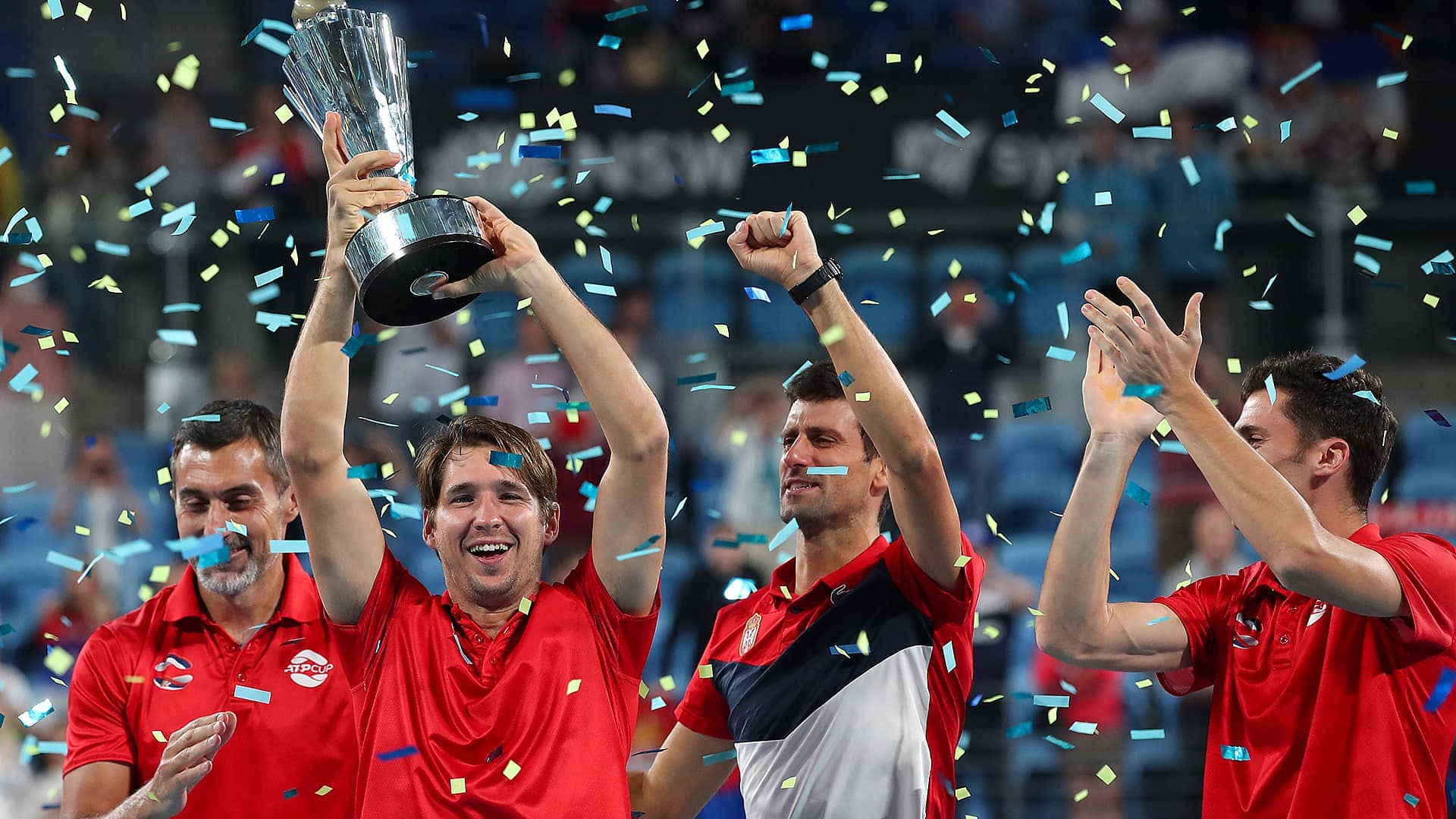 “I think talent comes in many forms and when you see these top guys, they are very talented in every particular skill that you need for tennis. They are all moving very well, all very smart on the court, all very determined, big fighters,” Lajovic said. “I think the biggest talent is who can mentally hold longer and right now it looks like Novak is on top of that.”

Djokovic is into the third round of the US Open, where he will play former World No. 4 Kei Nishikori. Regardless of who Djokovic has in his path as he pursues history in the coming fortnight, Lajovic is sure of one thing. “Playing for what he is playing for at the US Open, the biggest pressure will be on him and not the players playing him."