Novak Djokovic and Damir Dzumhur relax after practising at The Queen's Club in London.

Why Dzumhur Is Polite When Asking Federer, Djokovic For A Photo

Jonathon Braden
This article contains:
The three-time ATP titlist talks about the 'Last Time' with ATPTour.com

Editor's Note: This interview was originally published on 31 January 2019. Damir Dzumhur faces his idol, Roger Federer, in the second round of the US Open.

Damir Dzumhur has had two of the best seasons of his career, winning three ATP titles in the past two years. Now if he could only remember where he put his keys.

Dzumhur, who's representing Bosnia and Herzegovina in Davis Cup action against Australia this weekend, talked with ATPTour.com about "The Last Time" he lost those keys, the vital lesson his father taught him and why he still feels like he has to politely ask Roger Federer and Novak Djokovic for a photo after a practice session.

The last time... I lost something important?
My home keys I lost a few months ago, but it's not the first time that I've lost them. I'm not really good with keys... I had four pairs of home keys at home. I always make enough so in case I lose a pair, I have one.

I paid money to rent a tennis court or buy tennis balls?
In March, in Los Angeles, between Indian Wells and Miami... I had to pay for a tennis court. Balls, I had with me from Indian Wells... I played at a club where my coach used to play sometimes, and he knows people at that club but we still had to pay... I definitely need better connections. I think we had two hours of court time, about $15 an hour.

I strung a tennis racquet?
When I was a kid [ages 14-20], I was stringing my racquets. Of course, [with the support of my] father or even brother, because he learned to string racquets when he was very young and would sometimes help me. But I was the one taking care of it.

My father wanted me to know what are my responsibilities, that I'm not going to get everything served on a plate, so I had to work for something. That's why today I don't have problems with doing those kinds of things, with expecting everything to just come to me; I have to get it.

I like that my father was always trying to teach me, to get the things, to not wait for them... He wanted me to know that it's one of my responsibilities. He's working all day on the courts as well, he doesn't have time to do it.

I cooked for myself and others?
Last time I did maybe two months ago when I was home... I cooked some beef. Beef is really easy to make, you just put one side, the other side, some oil, some salt, and if the meat is very good in five or six minutes, you're OK. I like beef medium so I don't have to cook it a long time and it goes very easy. With some beef I would get some corn with it. That's easy. 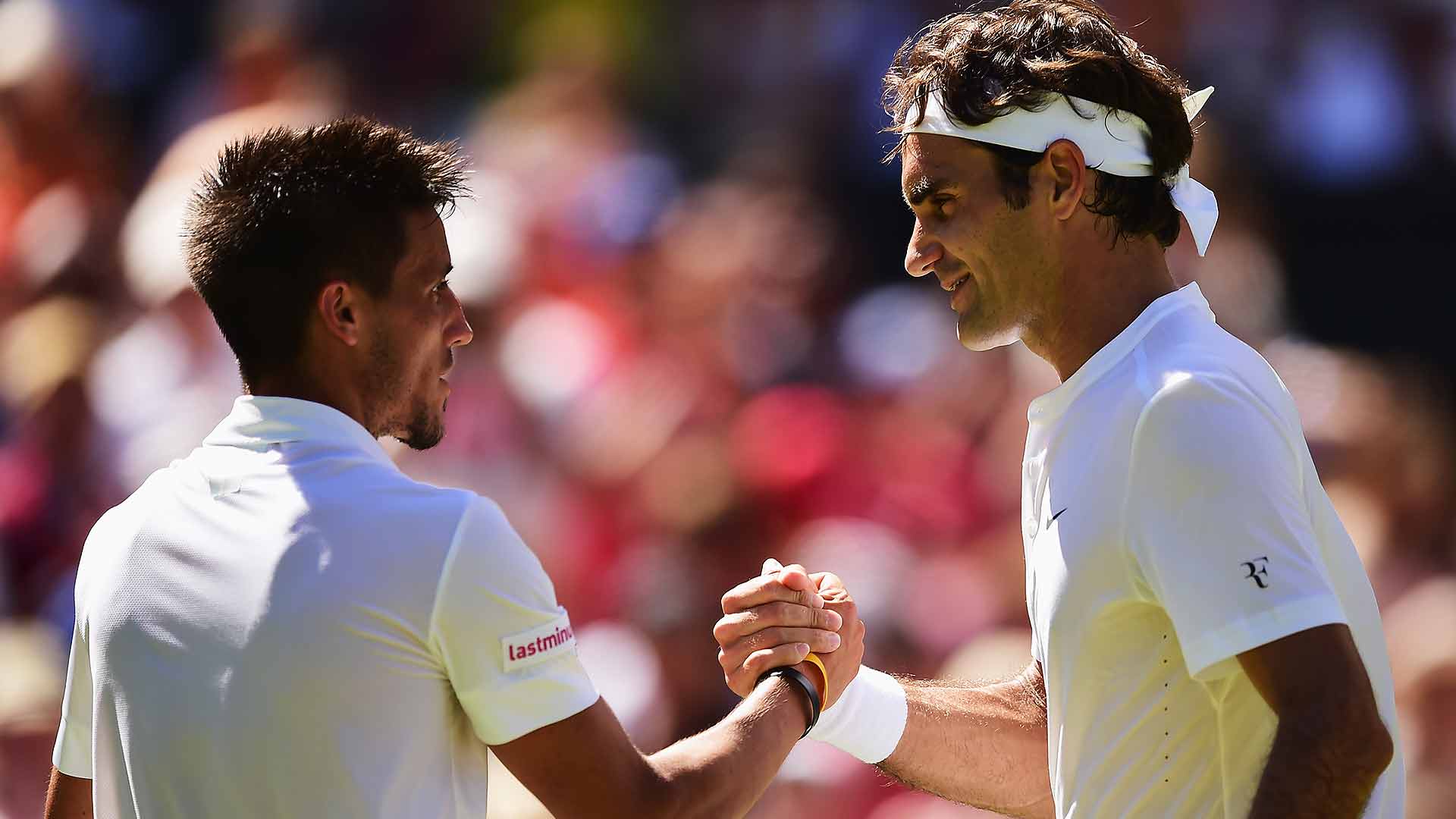 I met a childhood idol?
Roger Federer, I met him four years ago for the first time... We played three years ago at Roland Garros and Wimbledon but I met him the year before, in Australia.

Meeting him [off the court] is a big thing, but I would say the real meeting was on the court. After the first match between the two of us, I had a chance to practise with him, to talk more with him, and I'm really happy to say that today when I see Roger he always comes and says, "Hi". In your head, it's a big thing when you know somebody who has won 20 Grand Slams, who's one of the best players ever, and he comes and talks to you.

I think this is something special that can happen in your life, especially if that is a guy who you were cheering for and watching on TV when you were 11, 12 years old, winning Grand Slam tournaments. That is really something special.

I asked someone famous for an autograph or selfie?
When I finished a practice with Roger, I asked for a picture. Of course I do it not just with him, but with other players as well. But I would say, with him, it's a question, with other guys it's, 'Let's make a photo.' With him, it's like, 'Hey Roger, can we make a photo, please?'

Or with Novak Djokovic as well, with Novak, in Queens, in July, we were practising together and I just asked him... Those big guys who you have a lot of respect for, you just feel like you have to ask.