Pedro Sousa is competing at his local club at the Lisboa Belem Open.

This week, professional tennis is back in Lisbon. Same city, same world-class tournament, but a different scene has greeted players in the Portuguese capital.

In May, it was feared that the ATP Challenger Tour would be without its two elite events in Portgual in 2020. As the circuit was suspended due to the COVID-19 pandemic, the Lisboa Belem Open and Braga Open were scratched from the calendar. And with the cancellation of the nation's iconic Millennium Estoril Open on the ATP Tour, the springtime celebration of tennis was in jeopardy.

But, as they say, it's better late than never. Five months later, the Club Internacional de Foot-Ball (CIF) hosts the fourth edition of the Lisboa Belem Open. This time, the weather is a bit cooler and windier and the clay-court conditions are slightly faster, but the players wouldn't have it any other way.

Portuguese No. 2 Pedro Sousa calls this very club his second home. Born and raised in Lisbon, Sousa has trained here since he was a child. In fact, his father Manuel de Sousa is the director of the tennis school. On Saturday, the 32-year-old will face Alessandro Giannessi for a spot in the final. Seeded second this week, Sousa is the last home hope remaining in his hometown tournament. He and Giannessi have split their four previous encounters, with Sousa prevailing in the final in Francavilla, Italy, in 2017, as well as in the first round of qualifying at Wimbledon later that year.

“We have known each other for a long time and have played in Futures, in a Challenger final and in a Grand Slam tournament," said Sousa. "We had dinner together on Monday and just last week, in Barcelona, it was a rainy day and while we were having coffee we started to argue about something.

"I told him that I won here and there, he went to see the head-to-head and said he is ahead. But I replied that I won the most important ones, the final [in Francavilla] and Wimbledon [in the 2017 qualifying]. He agreed and told me that if he had won that final he would have gotten into the main draw in Roland Garros and Wimbledon and that because of that I cost him 70 or 80 thousand euros," Sousa added, smiling.

It is sure to be a big occasion for both players. The Lisbon native is hoping to reach a second Challenger final in three weeks, after finishing runner-up in Split, Croatia. Giannessi, meanwhile, is more than a year removed from his last appearance in a title match.

"If I'm in the semis, of course I can win the title. But Pedro is a good friend of mine and he's doing great," said Giannessi. "This tournament is very good for a Challenger event. It has a very good organization and it feels like a big event. Everything is very nice, from the transportation to the food. I'm also friends with many Portuguese guys and I know it's a good moment for tennis in Portugal to have this tournament."

Giannessi also shared his thoughts on the recent surge of successful Italian players. From World No. 9 Matteo Berrettini to World No. 16 Fabio Fognini and #NextGenATP stars Jannik Sinner and Lorenzo Musetti, he believes that Italy's best days are ahead.

"The young guys are here. In Italy, they have done a good job in organizing many Challenger events, which are important for players to have opportunities to compete at a high level when they are young. It's very good for us to have the chance to compete in our country often and improve our game. It's a great moment for Italian tennis."

Giannessi is the 13th different player from Italy to reach a semi-final on the ATP Challenger Tour this year. His countryman, Federico Gaio, is also among the last four in Lisbon.

In Saturday's second semi-final, Gaio will face top seed Jaume Munar. It will be their first meeting. The former World No. 52 Munar is seeking his first final appearance of the year, while Gaio opened his 2020 campaign with a title on the hard courts of Bangkok.

"Lisbon is very nice and I really like it here," said Gaio. "The conditions are windy, but it's fine. It's a great tournament." 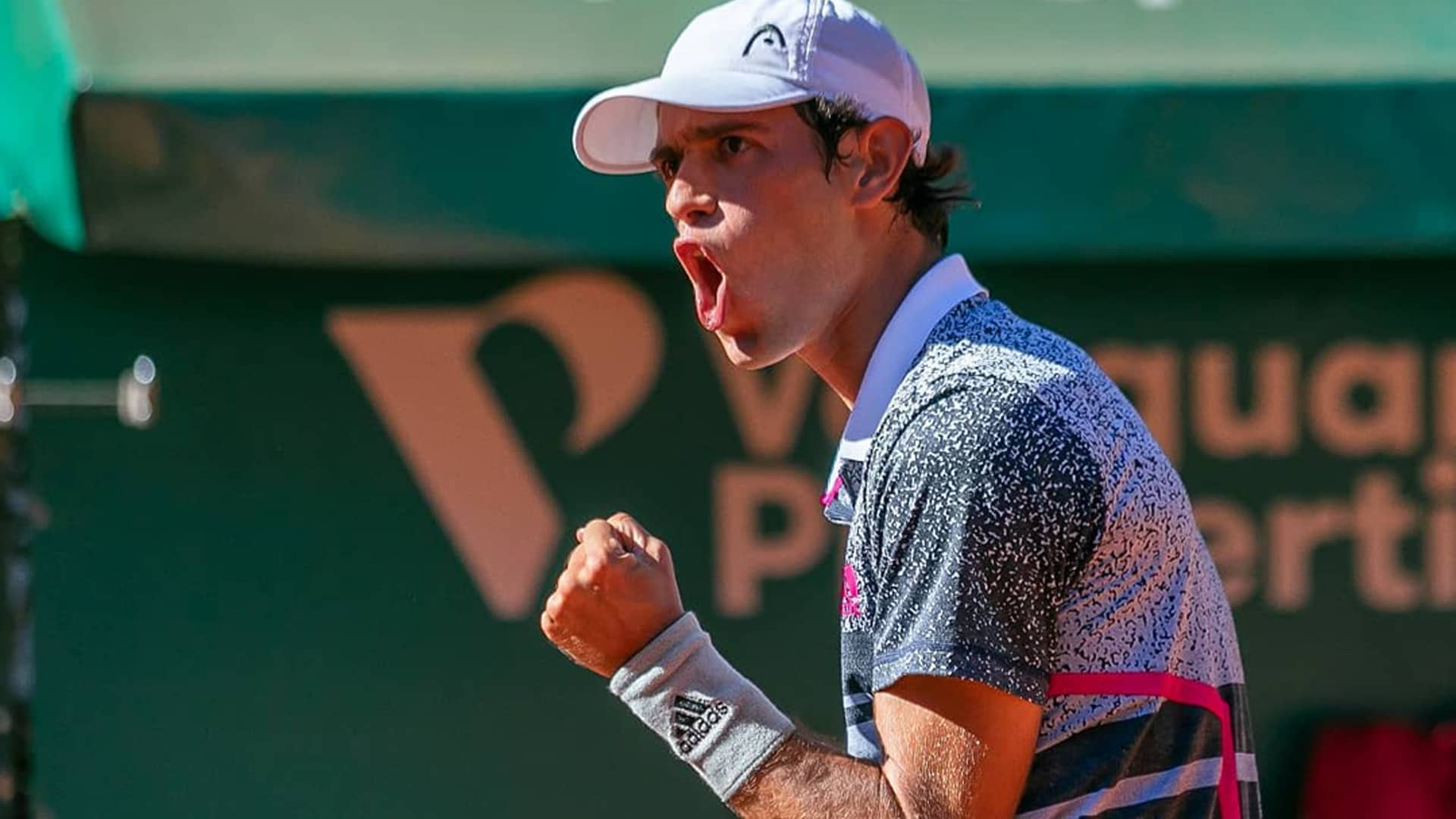 The Lisboa Belem Open is named for the Belém Tower, an iconic structure in Portugal that's also a UNESCO World Heritage Site. Widely regarded as Lisbon's most famous landmark, it was constructed in the mid-1500s as a fortress to guard the entrance to the city's harbor. Now, it stands tall as a symbol of Portugal's presence on the ATP Challenger Tour.

While Sousa was sprinting through the draw, his countryman Nuno Borges also stole the headlines early in the week. The unseeded wild card defeated third seed Damir Dzumhur for the biggest win of his career. A former standout at Mississippi State University - and runner-up at the 2019 NCAA singles championship - the 23-year-old was making just the second Challenger appearance of his young career.

"The more tournaments I play, the more wins I get, so I feel that I belong at this level. I know I can compete here more often. It is part of the process. First I have to go through the Futures to get my ranking where I need it to be, but I know I belong at the Challenger level."