It was 16 April, 2018. A blanket of humidity descended on the west coast of Florida, as players and fans scrambled to brave the scorching spring conditions on Day 1 of the Sarasota Open. In other words, it was just your typical afternoon at the ATP Challenger Tour event, with competitors battling to adapt and survive on the green clay.

But as his Challenger colleagues kicked off the tournament, Juan Ignacio Londero was enjoying a well-deserved day of rest. A large pine tree towered overhead, as he nestled against its trunk, gazing across the courts of the Laurel Oak Country Club. The chaos of opening day echoed throughout the grounds, but a pensive Londero was undeterred, reflecting on the moment that had just changed his career.

“I've been trying so hard to earn a title for a long time. This is amazing. It's been a long process and a difficult one at that."

At the age of 24, Londero was coming off his first ATP Challenger Tour triumph. A day earlier, he was standing on Centre Court at the CDMX Open in Mexico City, celebrating his biggest victory in front of a sold-out crowd. Not only was he appearing in the first final of his eight-year career, but he had stormed through qualifying to get there, eventually claiming the title with the loss of just one set.

Following his victory in the Mexican capital, Londero was speechless, unable to describe his emotions from the previous week. Ten months later and the Argentine is at a loss for words once again. Another career-altering moment has arrived, but this time on the ATP Tour. 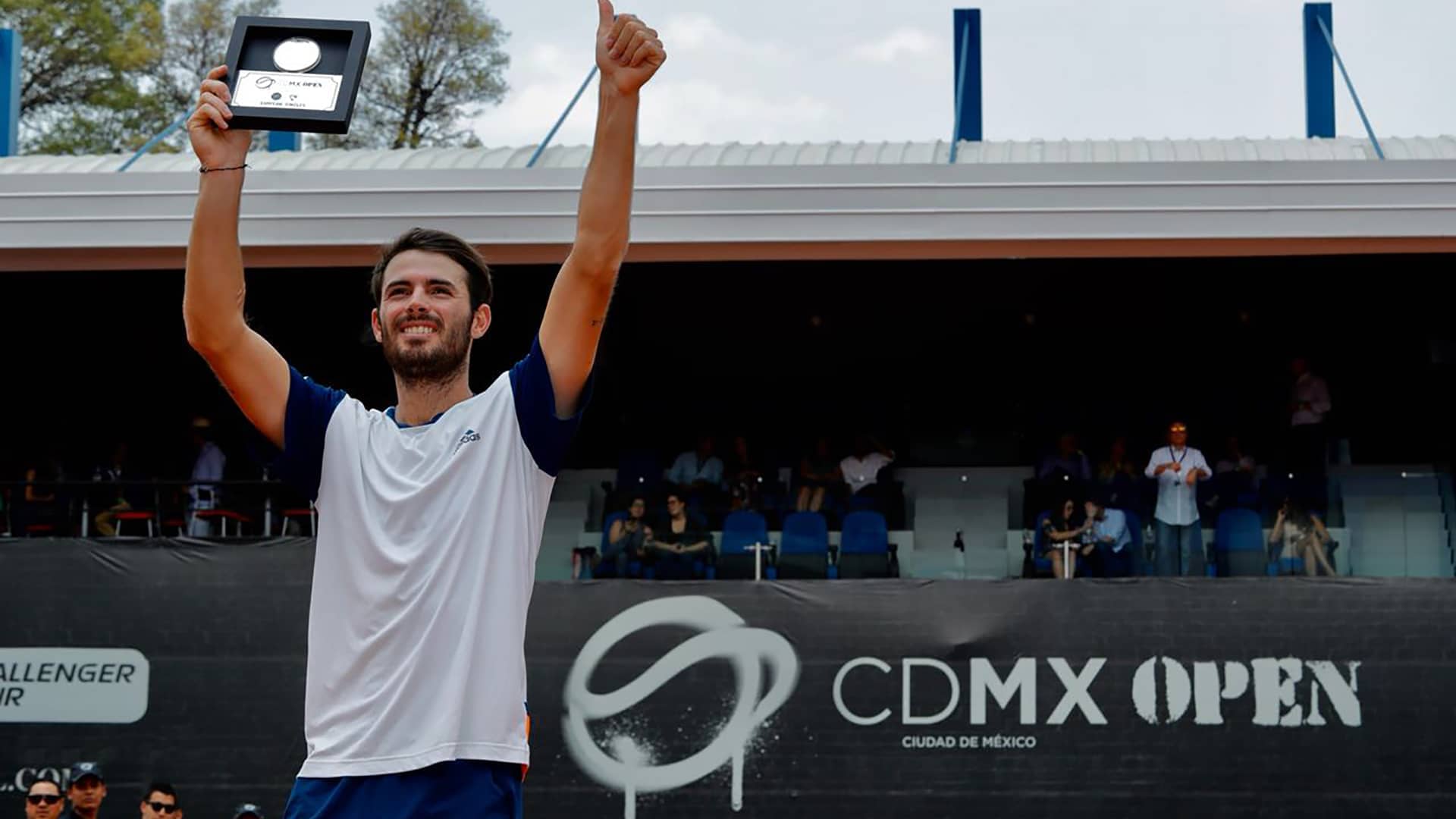 On Sunday, Londero captured his maiden tour-level crown at his hometown Cordoba Open. In front of friends and family, he would make a splash in his return to the ATP Tour, six years removed from his debut on the circuit.

"I arrived at the tournament knowing that I was playing well," Londero said. "I arrived in Cordoba knowing that I could win a few rounds, but I never saw myself in the final or winning the title."

He was an unseeded wild card who had never won a tour-level match entering the week, so how did Londero suddenly put it all together for such a dream run? Where did he develop his game for his big breakthrough? Look no further than his 2018 campaign on the ATP Challenger Tour. After many years struggling with injuries off the court and consistency between the lines, it finally all came together. Not all paths to stardom are a straight line and Londero is showing his own formula to the top.

The Argentine endured a long journey as he fought through years of injury and illness. In 2015, he battled an ailment similar to the mumps, which drained his energy and left him bed-ridden for more than a month and unable to compete for even longer. And when a herniated disc forced him to the sidelines once again, Londero admits that it was one of his lowest moments.

"Before Mexico City, I did not know what the winning form felt like. It was a dozen things that just kept happening to me and I got stuck."

But something clicked for Londero as he competed on the ATP Challenger Tour in 2018. Mexico City would prove to be the turning point as he battled to a 40-win season, later adding a second crown on the clay of Marburg, Germany, in July. Few players tasted victory as often as Londero, who was one of just three members of the 40-win club, along with Jordan Thompson and Christian Garin. In total, he amassed a 40-17 record, fast becoming one of the more feared competitors on the tour. His 2018 campaign proved to be the springboard to his ATP Tour breakthrough.

"I always knew that I could play at this level," Londero said after his victory in Cordoba. "I did not see myself as being very far. Last year, I won two Challenger titles, reached another final, and I was trying to make the jump to the ATP Tour. But I never imagined this. It's incredible to go from playing Challengers to get to this moment.

"Last year, I found my identity on the court and worked hard to find my game. I know how I have to play. Learning that was so important for my career. I was concentrating only on what was going on in the moment and on the court - not on who was winning, what I was doing right or wrong - but focusing on the moment."

You May Also Like: First-Time Winner Spotlight: Juan Ignacio Londero

This level of discipline was instilled in Londero by his new coach Andres Schneiter. One of the top coaches on the ATP Challenger Tour in 2018, Schneiter also guided Christian Garin to a 46-15 mark, three titles and a Top 100 debut. Both pupils credit him with changing their mentality on and off the court. That is, channeling their doubts and internal dialogues in a productive manner.

"I have a way of working with my players, where I work to build the mental part first," said Schneiter. "So that the player is focused and composed on the court and when they are away from it as well."

Not only did Londero lift his first ATP Tour trophy on Sunday, but he celebrated his Top 100 debut in the process, soaring 43 spots to a career-high No. 69 in the ATP Rankings. Considering he was outside the Top 350 a year ago, it is a staggering achievement. With the opportunity to compete for even bigger prizes in 2019, Londero has his sights set on the Top 50 and beyond.