Juan Ignacio Londero is in disbelief after winning his first ATP Tour title on Sunday at the Cordoba Open.

ATP Staff
This article contains:
Argentine speaks with ATPTour.com about what the milestone week means to him

Juan Ignacio Londero hadn't won a tour-level match before playing at the Cordoba Open. But on Sunday, the 25-year-old Argentine beat compatriot Guido Pella to win his first ATP Tour title. Londero spoke with ATPTour.com about the surprise milestone.

You’ve won your first ATP Tour title in your home country. What does that mean to you?
The truth is that I do not know what to tell you. It is an incredible feeling, for sure, and I did not expect to win the tournament. I came hoping to win one, two matches, even though I felt I was on a very good level. I knew I was training well, winning practice sets... It's really something that I will never forget.

At the age of 25, did you ever imagine winning your first ATP Tour title?
I saw Schwartzman, Fognini, Carreno Busta [walking around]... Having played so few ATP tournaments, I did not know if I would be able to win against them. But I loved the challenge. I really wanted to come to the tournament and measure myself against players I had never faced.

I'll speak from the heart: I never expected to win a tournament, not even close. Never thought about it. But I knew I could reach a semi-final, a few quarter-finals maybe. The truth is that I had doubts, but it is not that [the title] fell from the sky: I have done a great job. I have been playing very well and working hard and I showed it all this week. I lost a single set, played with great players and it was not a coincidence that I have this result. But still I did not expect it.

You May Also Like: Londero's Dream Week: From Winless To ATP Titlist

Is it extra special with family and friends to be here watching you win your first ATP Tour title?
Very special having won the tournament here, in Cordoba, in the first edition of the tournament. But only today I could start looking at the people on court to see them. Before I did not look at anybody, I did not want to look in order stay focused.

I just looked at my coach, at my team... At first, I enjoyed very little because I had tremendous nerves. But focusing was the key all week. Yesterday we went to have dinner, the day before the final, and it was my coach, my manager and me, the three of us alone. I was focused on what I had to do, and nobody else came. But it's amazing. I can win any other tournament in my life but none will be like this, trust me.

How were you feeling going into your first ATP Tour final against your countryman who was playing in his fourth final and was the favourite?
I was very nervous before the match... I could not even speak before entering. My physical trainer said to look at him before the match and to be calm, to try to let it go. It was the match that I enjoyed the most from the start. I knew that Guido had experience, but the audience helped me too. 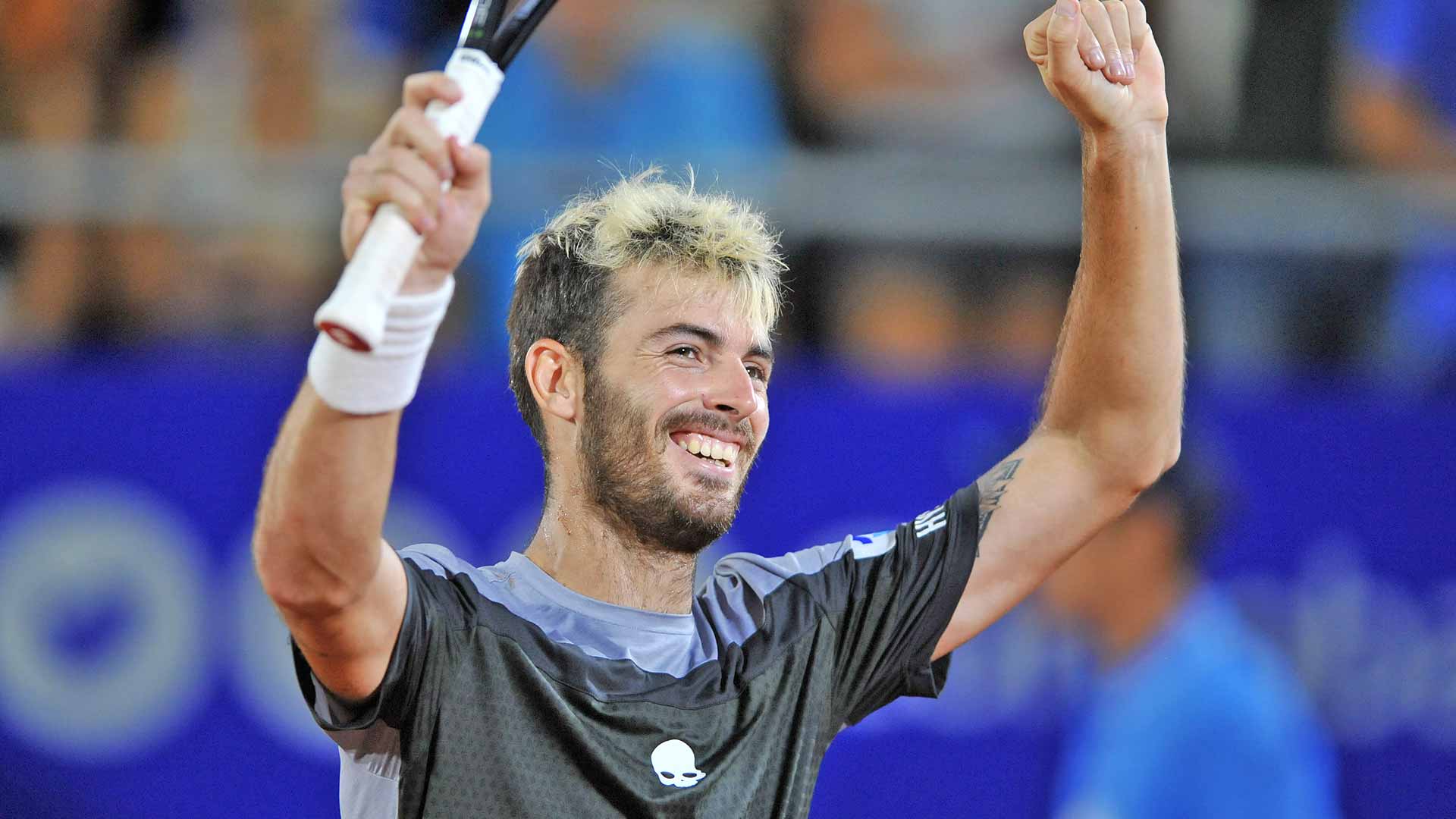 You came into the tournament having never won a tour-level match. Are you surprised to win the title in your first tournament?
It was an incredible emotion just to win my first ATP main draw match against Nicolas Jarry, a great player who plays very well. The matches were going on and I wanted more, Gringo (my coach) was talking about believing in me, that I was close. He told me to trust myself, that I could do it. I outplayed them all, and I never believed or trusted in myself too much. He was behind me, talking to me and today it came real.

You did not lose a set en route to the final. What part of your game were you most happy with?
That's the confidence I had. I was able to do things well on the court and knew that it was possible. It confirms that I am at a great level, and little by little I believe more and more that this success will continue.

Read More: Londero On Dream Run: "It's All Very Crazy"

You are now into the Top 100 of the ATP Rankings for the first time, at No. 69 from No. 112. How does it feel to be in the Top 100?
Incredible, it is a very difficult question. I am very emotional. You have to understand that I came to try to play this tournament to see if I could win a round and that way I could be closer to defending the 130 points I had. I knew I had minimal chance of entering the Roland Garros main draw, but now I’m in. Now the new ATP Ranking will appear and I cannot explain it. I will look at it several times to believe it.

Now that you are in the Top 100 and have captured your first ATP Tour title, what are your goals for the rest of 2019?
It is very crazy, everything that happened to me in this tournament, and I will take everything week by week. First I must think why everything this week happened, and then set new goals for the rest of the year... This is a big step for my motivation. Nowadays I am a player who is going forward, and I want to continue like this.

Is there anyone you would like to thank for helping you get to this level in your career?
To all my team, of course, for those who have supported me for a long time, to Gringo, Agus, Roberto, the SportsLab team, my psychologist, my Yoga teacher that I started working with this year and the families that helped me. To all of them, thank you very much.