Feliciano Lopez arrived at the Fever-Tree Championships with just three ATP Tour main draw wins to his name this year, but the Spanish wild card finished the week with four more to complete a dream run to the title.

“I thought the best moment of my career was when I won this tournament in 2017, but it’s right now,” said Lopez. “He was coming up with unbelievable passing shots and I was a little bit desperate, to be honest. The tie-break is a bit of a lottery, of course, but I’m just so happy to win here.” 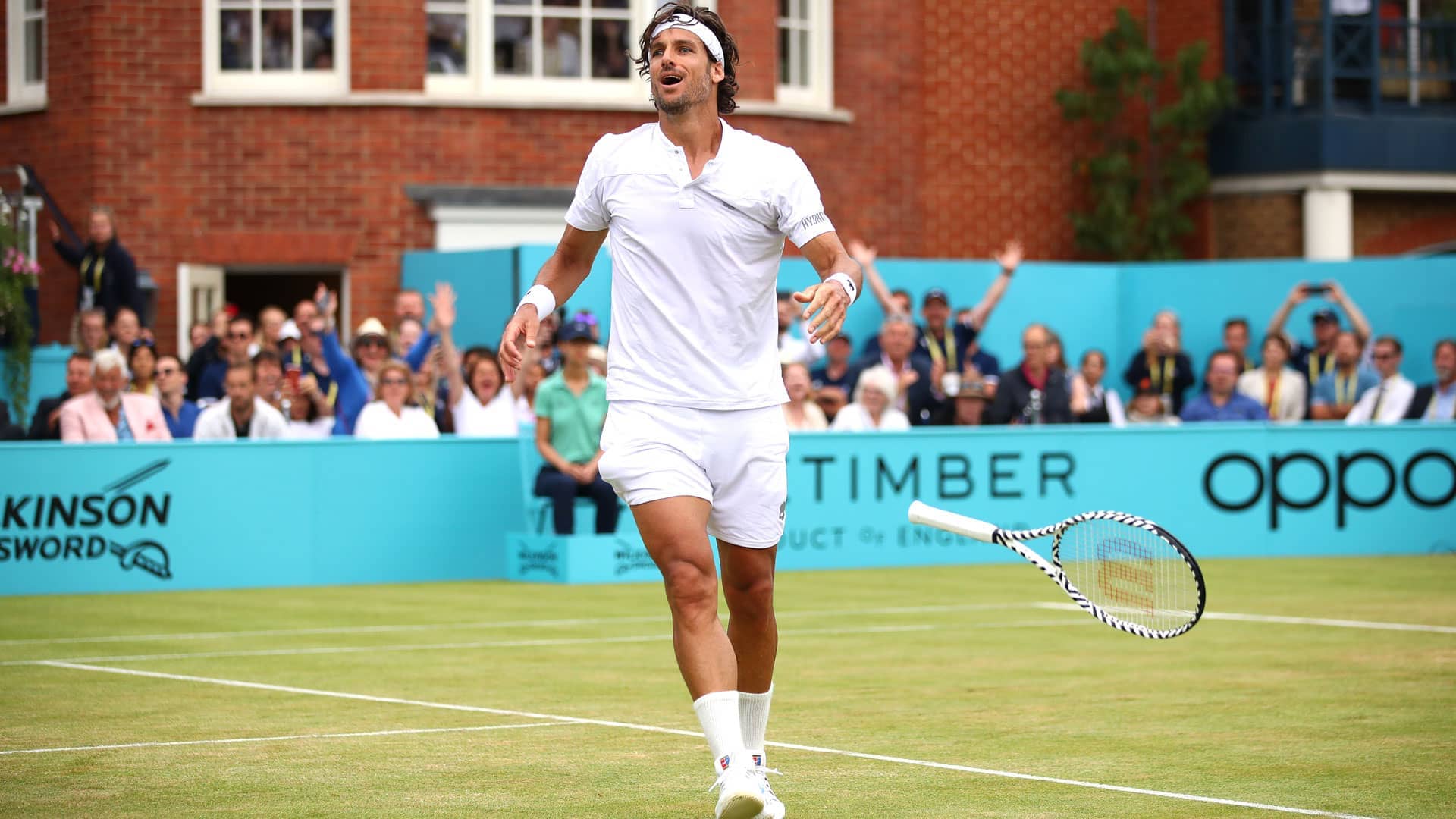 Four of Lopez’s seven ATP Tour titles have come on grass. The surface adds even greater bite to his slice backhand and makes his lefty serve trickier to read, while also rewarding his bravery in rushing the net. He held serve in 60 of 63 service games this week (95%).

The Spaniard improves his FedEx ATP Head2Head record against Simon to 6-2. Five of those wins have come on grass, including the 2013 Eastbourne final. 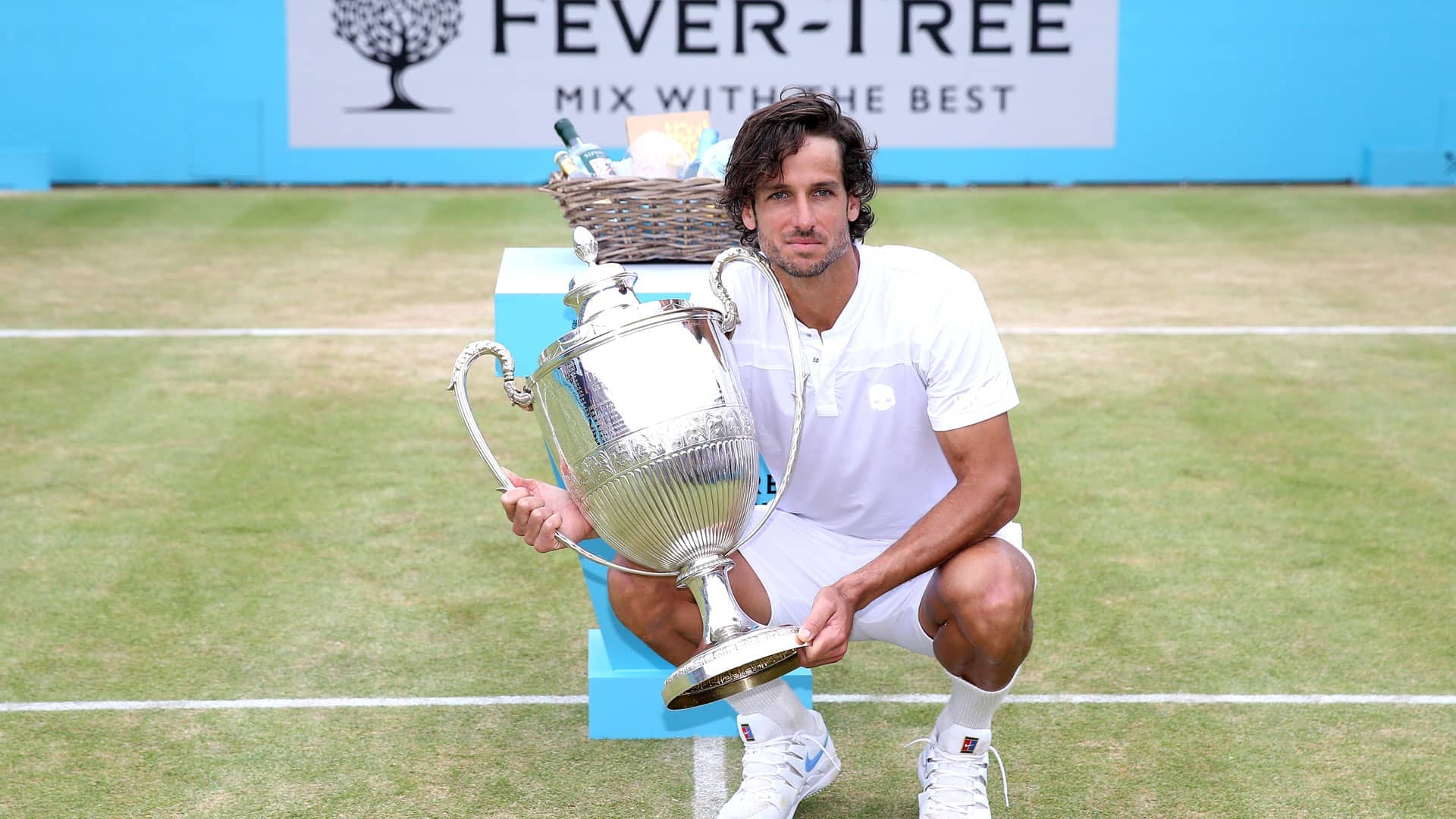 Lopez will also play the doubles final with Andy Murray and aims to become the first player since Matteo Berrettini (2018 Gstaad) to win singles and doubles titles at the same event. He won three matches on Saturday, defeating Felix Auger-Aliassime in three sets before teaming with Murray for two doubles victories.

“I’m going to speak to Andy, but I think he’s going to be responsible today,” joked Lopez. “I don’t have much energy in my body, but my adrenaline is so high now, so hopefully it’s going to be another great final.”

The backlog of on-court time this week perhaps caught up with Simon, who was playing in his first ATP Tour final of the season. The Frenchman spent a combined six hours on court over the previous two days in defeating Nicolas Mahut and Daniil Medvedev to reach the final. His quarter-final win over Mahut is the longest singles match on tournament record since 1991 (three hours and 21 minutes).

Simon still seeks his first grass-court title as his record in ATP Tour finals drops to 14-8. He was looking to become the first Frenchman to win this event in the Open Era.

“I’m tired, of course. It was a great final for me. It’s a bit tough now after such an effort to stay in this match, but he played better in the tie-break than me,” said Simon. “This is such a prestigious tournament and to have a chance to win the final was amazing for me.”

The first set was one-way traffic for Lopez. Mixing low slice backhands with looping topspin forehands, he kept Simon off balance from the start and earned a break in the opening game. A well-timed approach gave Lopez a double break to lead 4-1 and he fired an ace on set point for the early advantage.

A pair of early service breaks kicked off proceedings in the second set, but both men held the rest of the way to force a tie-break. Lopez earned a 3/1 advantage after coming out on top in a 33-ball rally. But Simon refused to go away quietly, earning the mini-break back at 4/3 with a backhand passing shot winner. A strong backhand return from Simon on set point brought the match to a decider.

The Frenchman's backhand passing shot was the difference in the second set as he neutralised Lopez's previously potent approaches. Lopez won 11 of 14 net points in the opening set, but won just six of 16 in the second set.

Entering his ninth hour of tennis since Friday afternoon, Simon bravely fought off four break points at 0-1 in the final set and another two break points at 1-2. Lopez earned a championship point with a strong forehand return at 5-6, but then dumped a forehand return into the net. Another forehand error from Lopez sent the match to a final-set tie-break.

But the wild card came alive in the tie-break and won the last six points of the match. Lopez dropped his racquet in disbelief after a forehand volley error from Simon ended the match after two hours and 50 minutes.