#NextGenATP Italian star Lorenzo Musetti breaks into the Top 100 of the FedEx ATP Rankings for the first time after his run to the 2021 Abierto Mexicano Telcel presentado por HSBC semi-finals.

#NextGenATP Lorenzo Musetti reached a milestone today when he cracked the Top 100 in the FedEx ATP Rankings for the first time at World No. 94.

Two years ago, the Italian was unranked. Now, the 19-year-old is the youngest player in the Top 100. Musetti climbed 26 spots from World No. 120 after a tremendous run to the semi-finals of the Abierto Mexicano Telcel presentado por HSBC as a qualifier.

“It’s a dream come true. Since I was a kid, I hoped and I dreamed to be one day Top 100 and to enter on the Tour,” Musetti said. “Finally, I got this. It is incredible.” 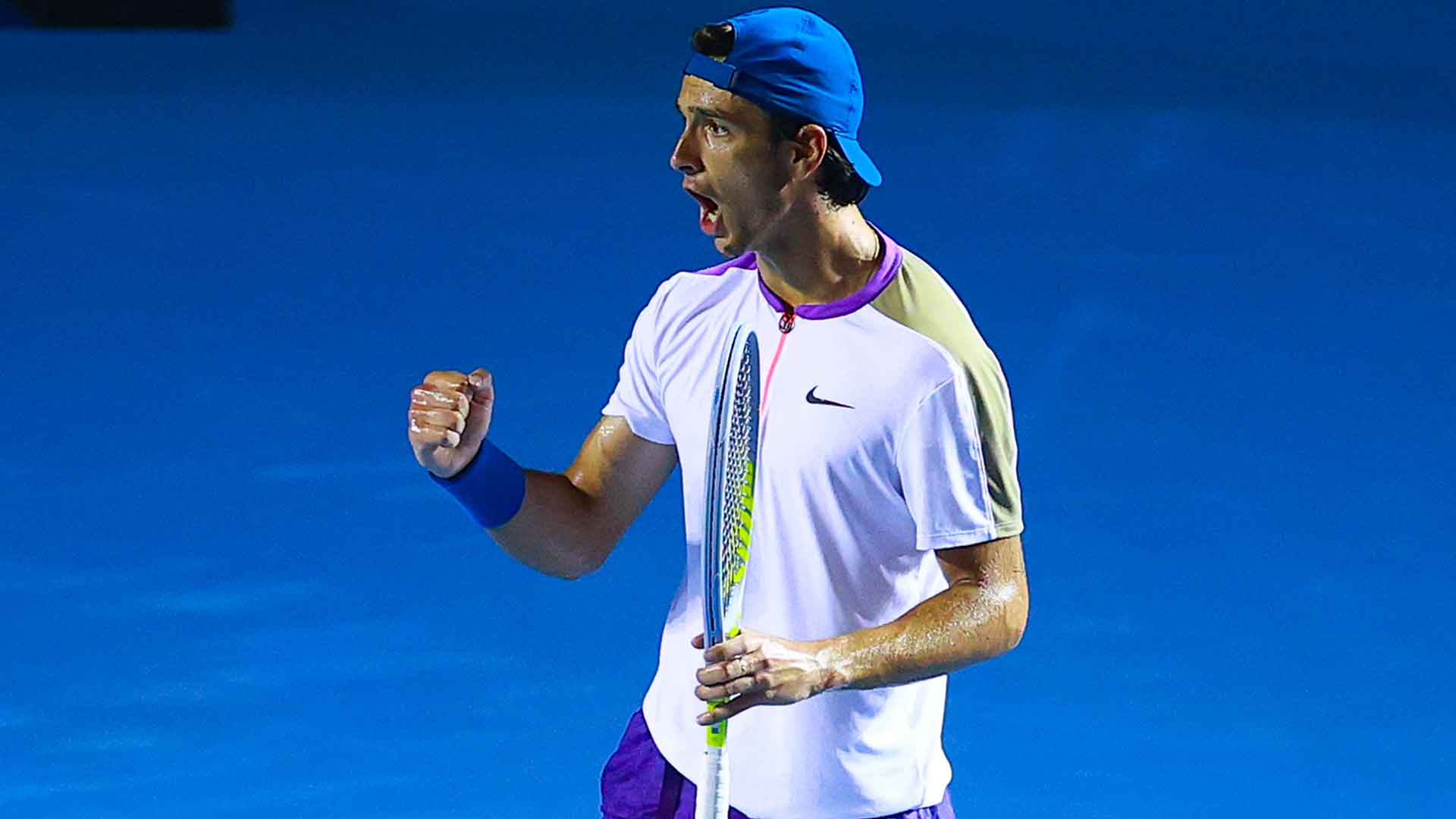 There are now two teenagers in the Top 100: Musetti and 2019 Next Gen ATP Finals champion Jannik Sinner, another 19-year-old Italian. Sinner, who is nearly seven months older than Musetti, has great respect for his countryman.

“Musetti is a big, big talent,” Sinner said in Dubai last week. “He can do everything with the ball already, so he’s already physically strong. I think he’s a great player.”

Musetti has been one of the ATP Tour’s breakthrough stars since tennis resumed last August following a five-month COVID-19 suspension. Former World No. 33 Paolo Lorenzi, an Italian veteran who trains with younger countrymen, believes Musetti made his biggest improvement last year.

“He made a really big step during the lockdown. I saw him playing before and after,” Lorenzi said. “I was practising with him before qualifying in Rome and he was playing really unbelievable. It was really impressive. I think he made a big step during lockdown with his coach. They told me they were working really hard and I think that was the key of his new game.

“Before he had good hands, but he was not so strong physically. Of course, he can do everything he was doing before, but the lockdown helped him a lot.” 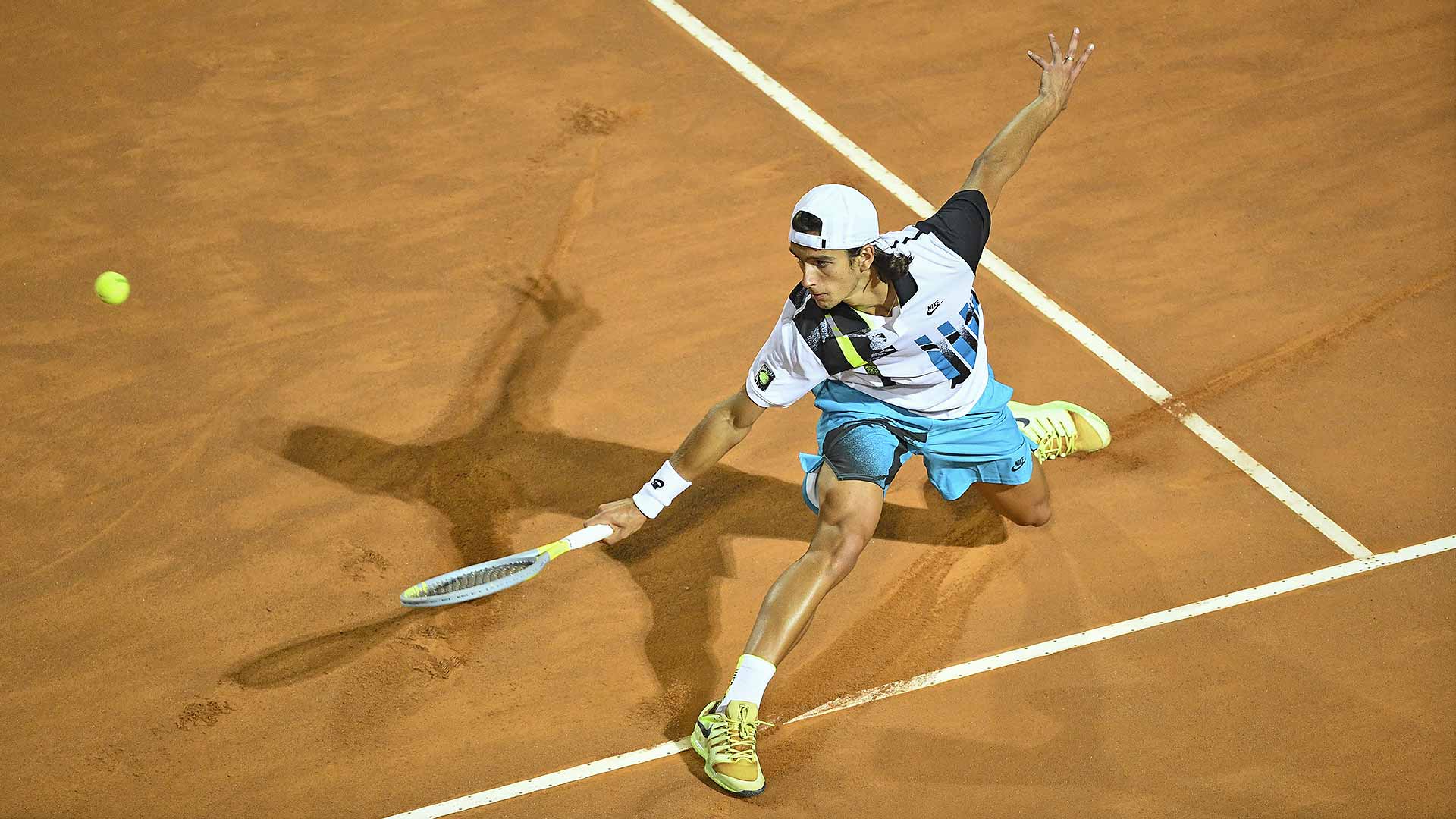 As the World No. 249 at the Internazionali BNL d’Italia, Musetti qualified and upset Stan Wawrinka and Kei Nishikori en route to the third round. The teen has not looked back since. He claimed his maiden ATP Challenger Tour title the following week in Forli and reached his first ATP Tour semi-final in Sardinia.

But Musetti’s performance last week in Acapulco was most impressive of all. The 19-year-old qualified, earned his first Top 10 win against Diego Schwartzman, outlasted American Frances Tiafoe in a final-set tie-break and eliminated 2017 Nitto ATP Finals champion Grigor Dimitrov to make his first ATP 500 semi-final. After Musetti’s second-round win, his longtime coach, Simone Tartarini, said, “My heart is dead!”

“This week was a dream week. Now Lorenzo is in the Top 100. It’s amazing,” Tartarini said. “Now it’s very important because we changed the schedule for next month. It’s the first time Lorenzo has the possibility to enter the main draw of a Slam. It’s amazing. I’ve worked with Lorenzo for 10 years. Lorenzo is a son to me. I have two sons in Italy, and Lorenzo is another son. Me, I’m another father to him. For me, Lorenzo is family.”

You May Also Like: 'Mamma Mia! My Heart Is Dead!' Musetti's Memorable Moment

Musetti has proven himself a tough competitor on court who enjoys performing on big stages. Throughout the week in Acapulco, he motioned to fans in attendance to get loud after he hit a great shot or grinded out a long point. The Italian showed great variety, especially with his crafty one-handed backhand.

After each of his main draw victories in Mexico, Musetti fell to the court in celebration. That should be no surprise given a month and a half ago, the teen got a tattoo on his left tricep of a heartbeat with a tennis racquet in the middle.

Musetti will now prepare to compete in the main draw of the Miami Open presented by Itau. But the Italian will never forget the Acapulco run that propelled him into the Top 100.

“This is the best week of my life.”