Lorenzo Sonego is into his first ATP Masters 1000 quarter-final.

Italian Lorenzo Sonego dropped a set in his first round of qualifying at the Rolex Monte-Carlo Masters five days ago. After three impressive wins in the main draw, the World No. 96 is into his first ATP Masters 1000 quarter-final. ATPTour.com takes a closer look at the Italian...

1. Lorenzo A Late Starter
Sonego did not start playing tennis until he was 11 years old, training with coach Gipo Arbino. The Italian earned his first ATP Ranking point when he was 19, and captured his maiden ATP Tour win at last year's Australian Open, where he was a 22-year-old qualifier.

2. Idols Becoming Rivals
Sonego grew up idolising Roger Federer and Jo-Wilfried Tsonga. Just last week, the Italian reached his second ATP Tour final in Marrakech and played Tsonga, ultimately losing in straight sets. He enjoyed the experience, though, posting about it on Instagram after the match.

“A wonderful experience even if the last game didn't go as I had hoped! Now ready for Monte-Carlo and for new experiences!" 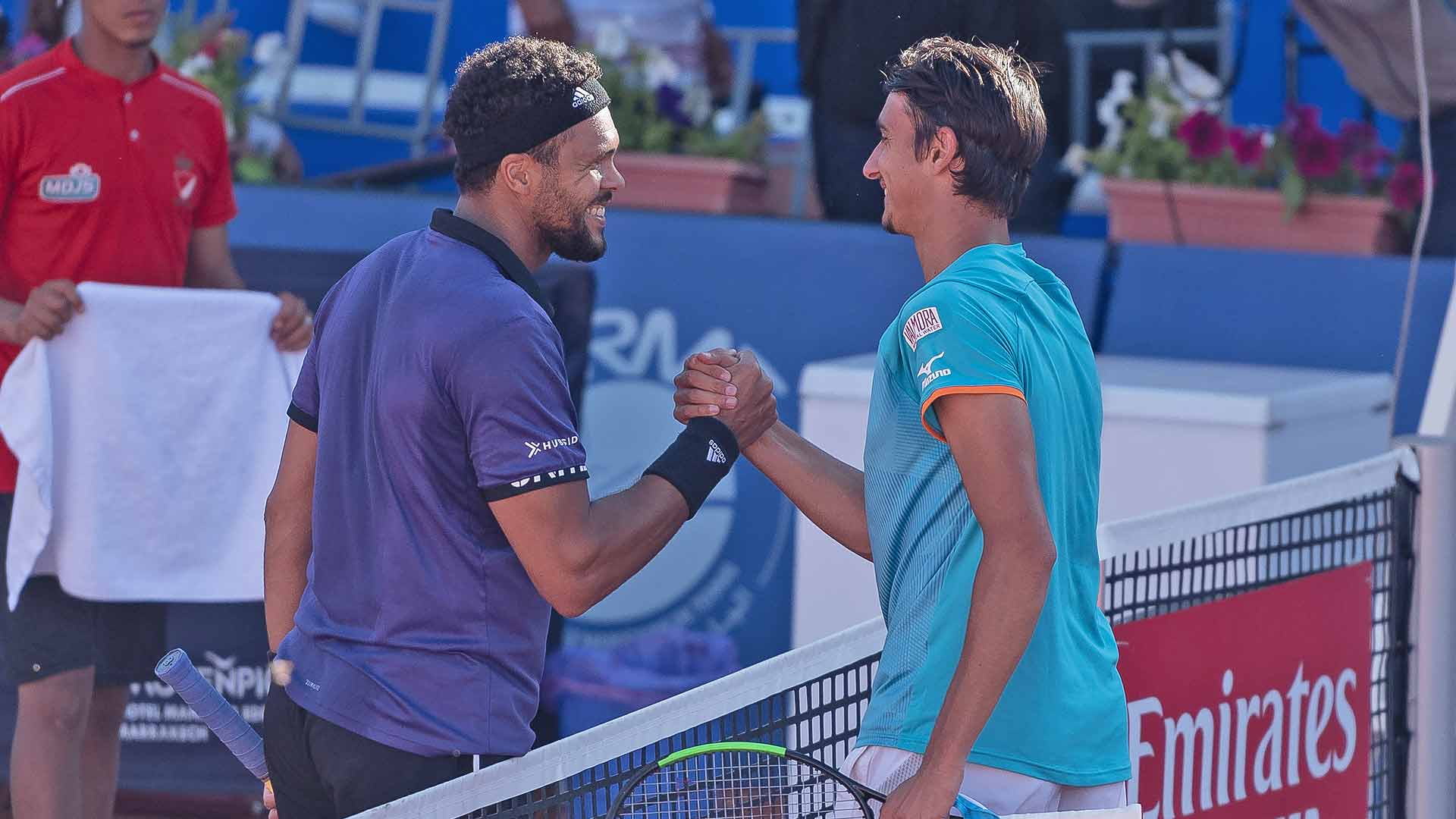 3. If Not For Tennis…
Sonego would be a football player. The Turin native’s favourite team is, fittingly, Torino F.C. He visited Camp Nou, the home of F.C. Barcelona, last November.

The World No. 96 also enjoys basketball, posting several videos of himself shooting or dunking a basketball on his Instagram page.

4. Recent Breakthrough
The Italian just recently cracked the Top 100 of the ATP Rankings, doing so after last year’s US Open. In Flushing Meadows, Sonego qualified and then defeated Luxembourg’s Gilles Muller in four hours and 16 minutes to reach the second round of the main draw. That was the final match of Muller’s career.

Sonego will break into the Top 70 for the first time on Monday thanks to his performance in the Principality. If the two-time ATP Challenger Tour titlist advances to the semi-finals, he will likely crack the Top 50.

On his favourite surface, clay, Sonego won 42 per cent of first-serve return points against the eighth seed, saving seven of the eight break points he faced. In their US Open match, Khachanov lost just five first-serve points in three sets.

Did You Know?
Sonego enjoys taking holidays to Sardinia, an island off the coast of Italy. This may not be a surprise, but the Italian's favourite food is lasagna.