Mahut: From Giving Back His Roland Garros WC To Earning 'By Far His Best Victory'

Nearly one year, ago, Natanel Mahut ran onto Court Philippe-Chatrier to greet his father, Nicolas Mahut, after the Frenchman won the Roland Garros doubles title with countryman Pierre-Hugues Herbert. On Sunday, Natanel ended up on a court embracing his father again, but under entirely different circumstances.

On 17 May, before qualifying began on the terre battue, Mahut was not feeling well at practice, struggling with back pain. Each evening leading up to the tournament, Mahut’s wife would say, ‘Relax, don't put any pressure on yourself. Things will go well.’

“I felt like giving back the wild card and saying I won't be ready. Then my staff said, ‘Look, you have until Sunday. Take some time, take some rest’,” Mahut remembered. “I felt better and better. Saturday and Sunday I was feeling better. And I had a week of preparation with coaches, with Jean-Michel. They didn't let go.” 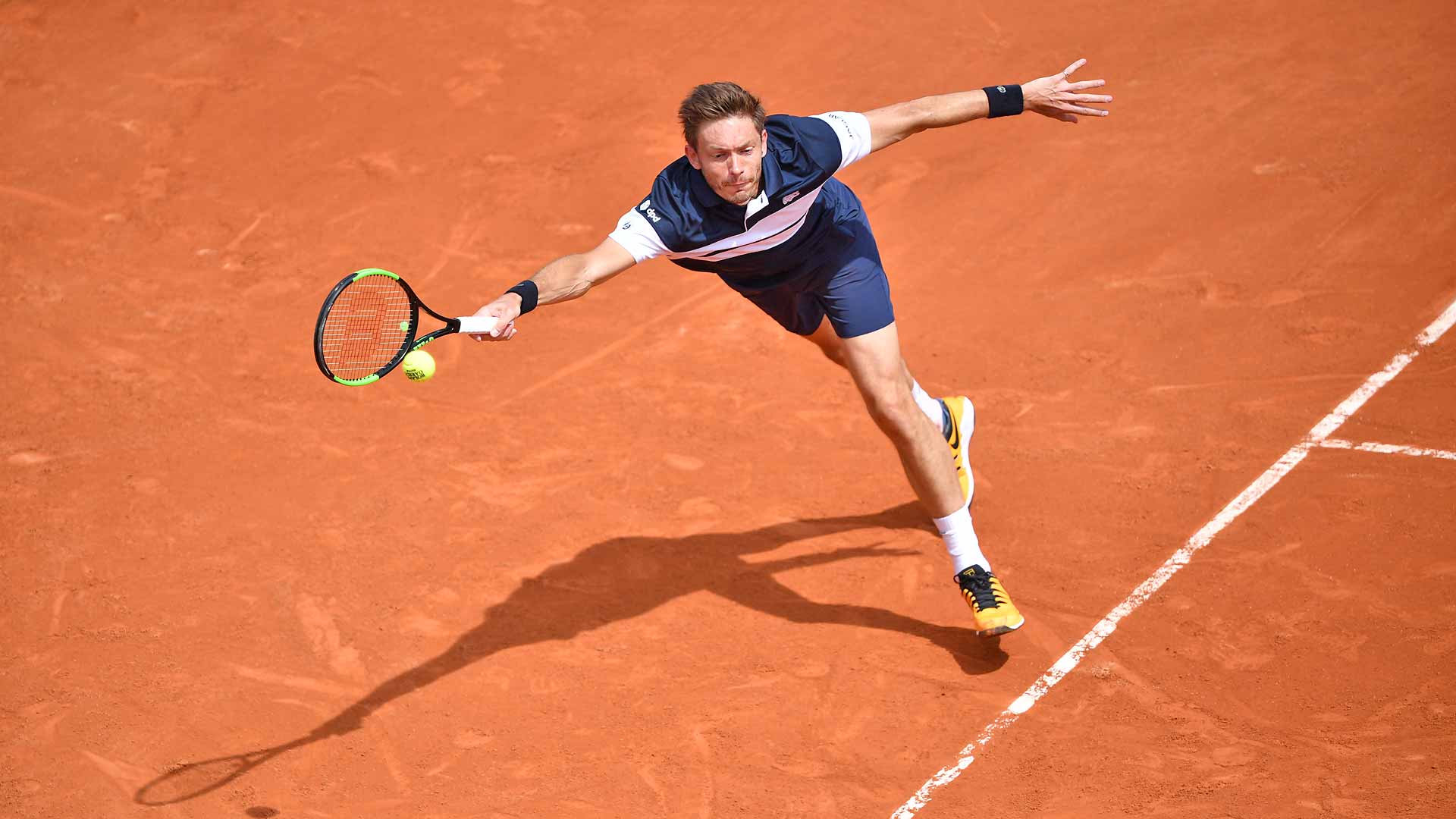 And neither did Mahut on the new Court Simonne-Mathieu. The No. 253 player in the ATP Rankings, who before this month had not been ranked outside the Top 250 in singles since February 2003, saved seven of the eight break points he faced in the final three sets to earn his first Top 20 victory at Roland Garros in his sixth attempt. It’s safe to say the Frenchman justified his wild card.

“It wasn't [an] obvious [choice], because I hadn't been playing well, and I had been hurt over the past few weeks, and they trusted me,” Mahut said. “So I would like to seize this opportunity to thank them, because it wasn't a given.

“For the moment, I'm just enjoying the pleasure of this victory. It is by far my best victory in Roland Garros, in a French tournament, I hadn't had many. And playing on this extraordinary court, I felt that if there was a possibility of playing on this court, it would be incredible and there would be an incredible atmosphere.”

Mahut, who had last won a tour-level match at last year’s US Open, had not come back from two-sets-to-love down since the 2011 US Open. He entered this match just 1-38 after losing the first two sets in the main draw of a Grand Slam.

“He was winning two sets, and then I made an effort in the third, fourth, and in the fifth, it's no longer the 16th-seeded against my rank of 250,” Mahut said. “It's also an advantage of being French when you play Roland Garros, and this victory will rank very high in my memories.”

Just 10 days ago, Mahut was considering giving back his wild card. Instead, after a memorable five-setter on the first day of action against a former Roland Garros semi-finalist, Mahut can put aside the pain and think about facing German Philipp Kohlschreiber, who beat Dutchman Robin Haase 6-4, 6-4, 6-7(5), 6-1, in the second round. It is Kohlschreiber's first trip to the second round at Roland Garros since 2015.

“Whether it be me staff, my coaches, my professional environment or my wife, they all put this in my mind. And in the end, I started believing in it,” Mahut said. “When I saw the draw, I thought, ‘Well, it won't be easy.’ The next day I thought, ‘Well, maybe I'll be playing on Simonne Mathieu,’ which was not obvious. Then I thought, ‘Well, I already beat him, even though he wasn't ranking that high at the time, so maybe if I play this kind of strategy it will work.’ So it was a small possibility, but I seized it, and they put this in my mind and it worked."