Adrian Mannarino has defeated two Top 20 opponents — Hubert Hurkacz and Aslan Karatsev — en route to the fourth round of the Australian Open.

Mannarino Earns Nadal Showdown... But He Doesn't Know It

Adrian Mannarino will face a stiff challenge on Sunday when he plays Rafael Nadal for a spot in the Australian Open quarter-finals. The thing is, the Frenchman has no idea he is facing Nadal.

“I don't know who I'm going to play against next. I don't like to watch [the draw] and I don't want to know,” Mannarino said. “It's 3 a.m. Just finished my match. I don't really care about who I'm playing next. It’s the last thing I'm going to think about.

“I just want to enjoy the moment right now. We’ve got time to see for the next one.”

You May Also Like: Nadal Stays Perfect At Aussie Open

This was not something he said just because it was past 3 a.m. following a gruelling match. Mannarino generally does not look at draws.

Nadal, however, was aware he might play Mannarino. The 20-time major champion, who defeated Karen Khachanov in the third round, noticed Mannarino’s play earlier in the event when the Frenchman upset 2021 Nitto ATP Finals competitor Hubert Hurkacz.

“Mannarino is playing great,” Nadal said. “I think the match against Hubert [was] a surprise. He was playing at I think a very high level. To win against a player like Hubert in straight sets with that result is because you did a lot of things well. I saw a little bit of that match, he was playing well.” 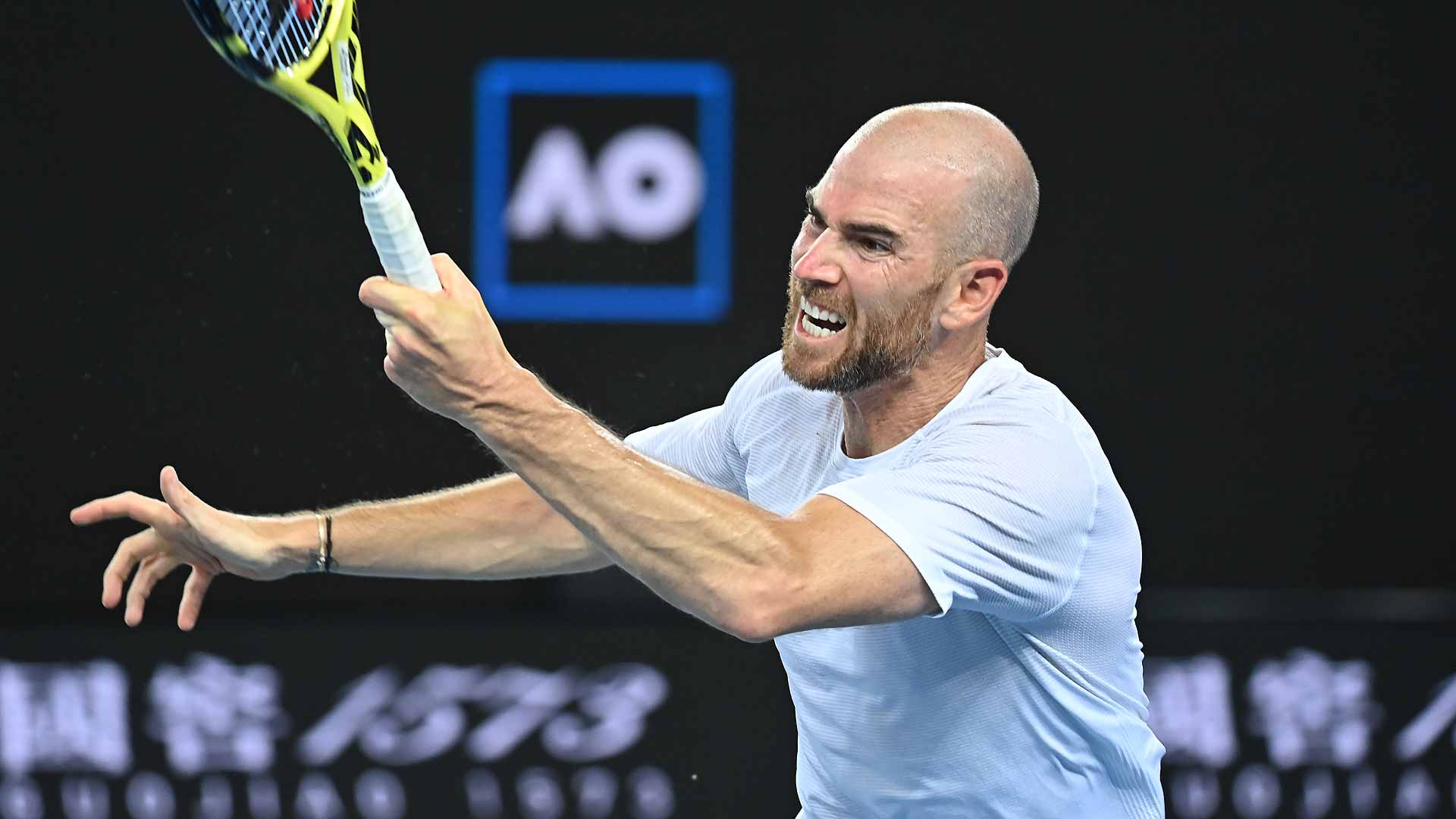 Photo Credit: Peter Staples/ATP Tour
The World No. 69 has proven a menace for opponents this week with his flat groundstrokes and consistency. Mannarino made just 22 unforced errors against Karatsev and lost just nine games in three sets against Hurkacz. He also defeated home favourite James Duckworth in five sets in the first round.

“I just won three matches. I don't think you can say I'm bothering so many guys. The matchup was pretty good tonight. I think that Aslan is the kind of player who makes me play well. So was Hurkacz in the second round,” Mannarino said. “I think I'm moving pretty well on court. I'm just trying to be consistent. I'm keeping a good attitude on court and just trying to fight the most I can, not thinking about what's going to happen or what's happening on the court at the moment.

Mannarino added: “With my type of game, this is what I can do. I'm not going to serve, like, 220 kilometres or make lots of winners. I'm just the kind of player who is grinding and put one more time the ball in the court. This is what I'm doing.”

This is the first time the 33-year-old is into the fourth round at a major outside of Wimbledon. Mannarino is 0-2 in his ATP Head2Head series against Nadal, but if he could turn that around, he will reach his first Grand Slam quarter-final.

“Of course I'm kind of exhausted right now. It's been long. It's like 3 a.m.,” Mannarino said. “That was a good battle on court, lots of rallies. He was hitting hard. I think that was a good match, good fight, and happy I got through. Even if I'm tired now, I don't really think about it. I'm just happy that I won.”