ATP Staff
This article contains:
Melo accomplishes the feat at the Citi Open in Washington, D.C.

Marcelo Melo made history on Monday at the Citi Open, becoming the 35th player all-time to earn 500 tour-level doubles wins. The first Brazilian to accomplish the feat in doubles, Melo partnered Lukasz Kubot past Rajeev Ram and Joe Salisbury 4-6, 6-3, 10-5 to reach the second round in Washington, D.C.

“It means a lot. It means I’ve been playing good for a long time,” said Melo, who did not know he was on the verge of the milestone before the match. “I’m very happy and the many people [who have been] with me all the way, for sure they’re going to be happy as well.”

You May Also Like: Learn The Secret To Kubot & Melo's Success

Melo has earned at least 25 tour-level doubles victories every year since 2008. The 35-year-old owns 32 titles with eight different partners, including 12 with Kubot.

In each of the past six years, Melo has earned a spot at the Nitto ATP Finals, qualifying four times with Croat Ivan Dodig and twice with Kubot. Melo has captured nine ATP Masters 1000 trophies, also triumphing at 2015 Roland Garros (w/Dodig) and 2017 Wimbledon (w/Kubot).

“[I have] a lot of memories. I’ve had great partners all the way, family support,” Melo said. “I think the first time I qualified for the [Nitto ATP] Finals was huge for us. When we won the first Masters [1000] series in Shanghai as well, I was so happy. Of course I have to remember the two Grand Slam titles I have, the French Open and Wimbledon.” 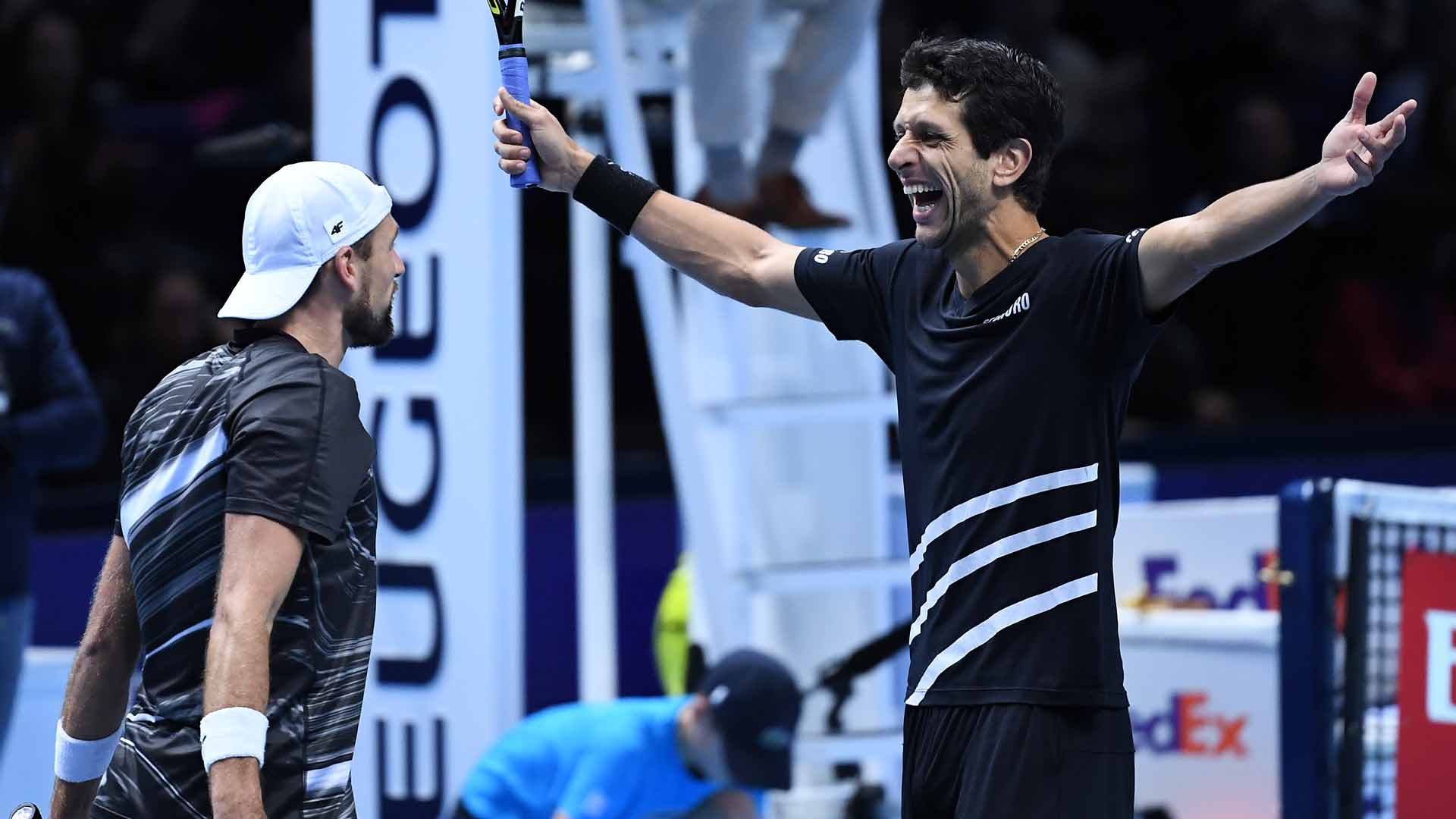 Melo has no plans of stopping anytime soon, either. Thirty of the 34 players ahead of him on the all-time doubles wins list are retired, so the Brazilian will hope to climb those standings. Mike Bryan is the all-time leader with 1,138 tour-level victories.

“I don’t know if I can achieve 1,000 because I took 10 years to get to 500, but I’m so happy already to pass 500. That’s a lot of matches,” Melo said. “I’m very happy as much as I can achieve. I think I can still play for a few more years. At the point I’m still enjoying tennis, so I will continue playing.

“I need to take care of the body. All the players, we do a lot pf physio work, a lot of gym work to get the body in shape… what’s most important is to keep going healthy, to be prepared. If you’re prepared, you have a better chance to keep going longer.”