Melo On Making Brazilian History At Roland Garros: 'I Was On Another Planet'

When Marcelo Melo landed in Brazil after winning Roland Garros in 2015, he was greeted by fans holding signs and waiting television reporters. He had just made history in Paris, becoming the first Brazilian man to win a Grand Slam doubles title.

“To be winning there in front of many Brazilians there for my first Grand Slam, I was on another planet,” Melo told ATPTour.com. “I was very happy. That was very special for me.”

Entering that Roland Garros with partner Ivan Dodig, Melo had played the tournament on eight previous occasions. Twice, he had reached the quarter-finals. But the Brazilian-Croatian team lost only one set en route to the final, in which they played American legends Bob Bryan and Mike Bryan. 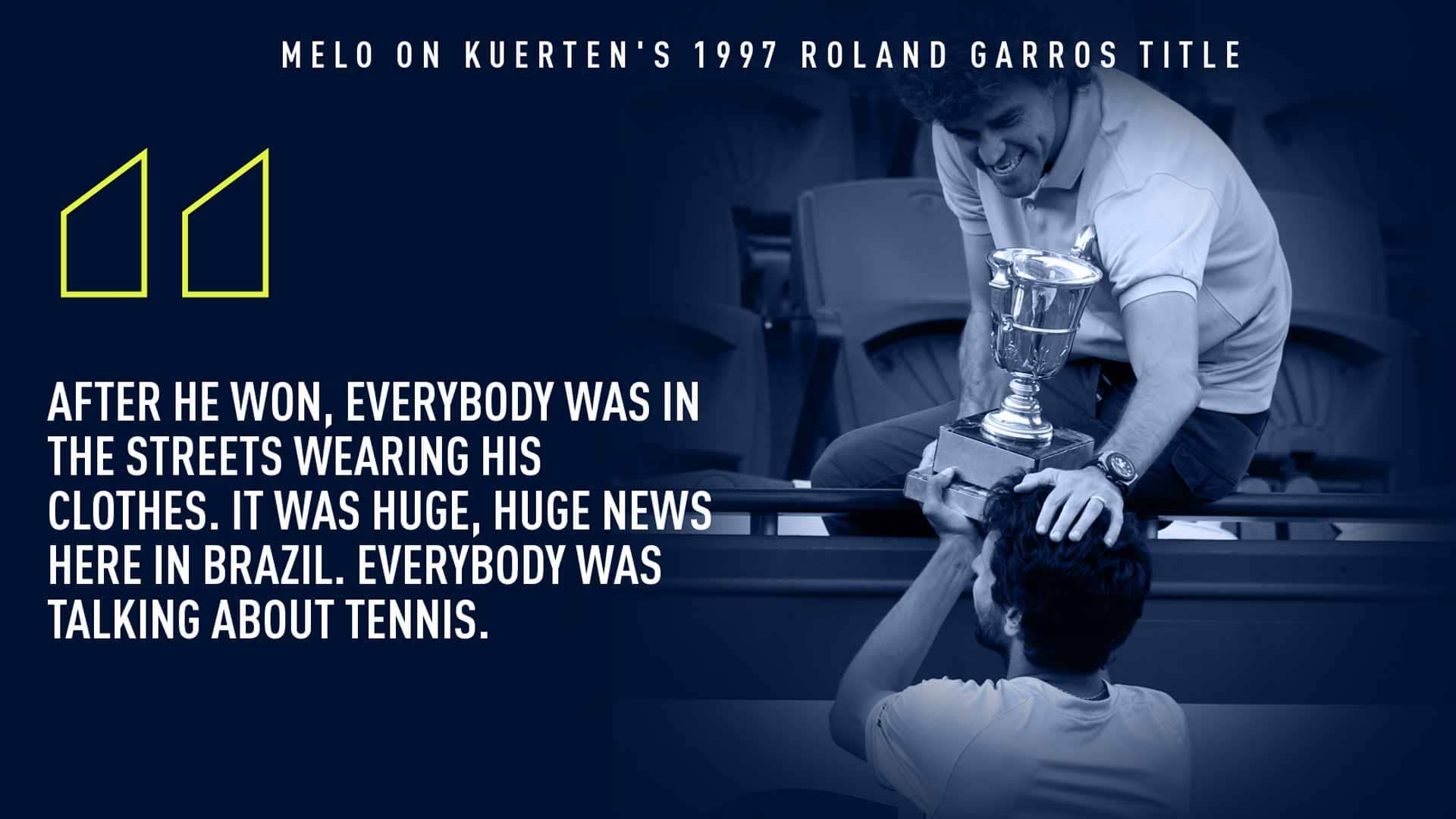 When Melo walked onto Court Philippe Chatrier, Kuerten was in the front row.

“It was cool when I saw him there, he was very close… He was shouting sometimes what to do, to be calm,” Melo said. “At one point it put a little bit of pressure to see him there, but I knew him before. I spent a couple times [with him] and we even played doubles together one time at a Challenger… He wanted to give me good energy. He was trying to help as much as he could and I was very happy for him to be there watching most of the match.”

There wasn’t only the pressure of competing in a Grand Slam final, but playing the top-seeded twins, who were already two-time Roland Garros champions.

“The Bryans stopped me a couple times before and after [that match] in finals. To play against them, we were losing a set and a break down. They were playing at a very high level in that moment,” Melo said. “To beat them in the final to win my first Grand Slam, this was huge for us here in Brazil as well because everyone knows how big the Bryans are for doubles.”

Dodig and Melo rallied past the Bryan Brothers 6-7(5), 7-6(5), 7-5 to clinch the title. Since then, Melo won 2017 Wimbledon with Lukasz Kubot, and countryman Bruno Soares claimed two major trophies in 2016 alongside Jamie Murray. Bur for Melo, his 2015 Roland Garros run will always have a special place in his heart.

“Sometimes you dream about it, but you don’t actually know how it is after,” Melo said. “When I came back I started to process actually what I had done.”