Mardy Fish celebrates his victory at the American Century Championship, topping a field that included Canelo Alvarez and Steph Curry.

Mardy Fish is known for his efforts on the tennis court, climbing as high as No. 7 in the FedEx ATP Rankings and winning six ATP Tour titles. But the American showed his prowess for another sport this past weekend: golf.

The 38-year-old won the American Century Championship, a celebrity golf tournament with the $600,000 purse going to charity. Fish competed against superstars from throughout the sports world, including Stephen Curry, Jerry Rice, Patrick Mahomes, Aaron Rodgers and Canelo Alvarez.

You May Also Like: Mardy Fish: We'll Get Through This Together 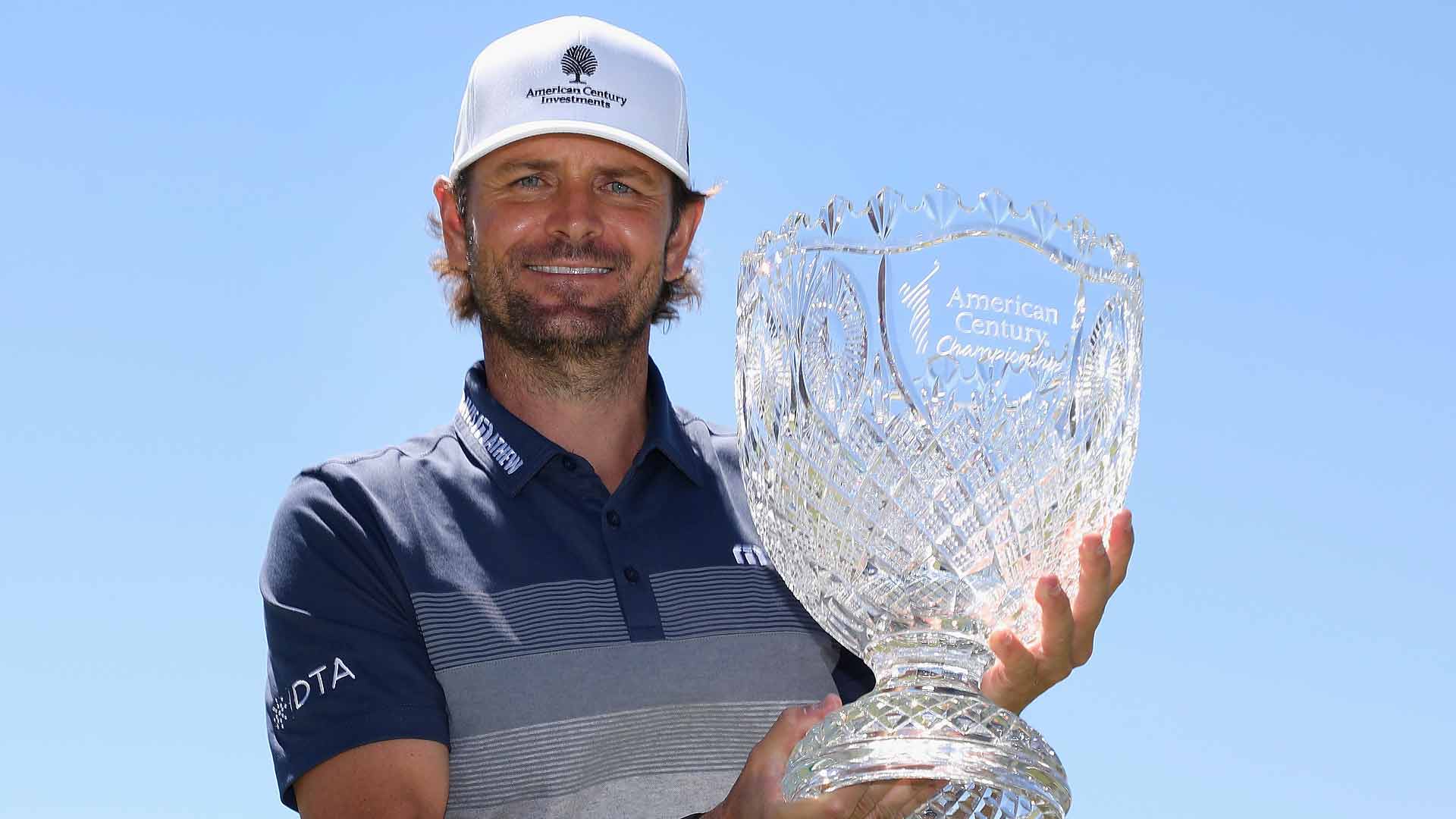 The three-day event is based on the Stableford scoring format, in which players are awarded points depending on how they score on a hole compared to their handicap. In normal golf scoring, Fish shot a 63 on Saturday to put himself in great position for the win.

“I can hit it with most people. And then if I can make some putts, I can play really well,” Fish said. “I didn't light it on fire today or the first day. So I had one great day, but it was enough.”

Former World No. 4 James Blake also played the tournament, finishing in a tie for 26th.