Game, set and match, Croatian children. The Marin Cilic Foundation hosted ‘Game, Set, Croatia’ on 12 June, bringing together 30 of Croatia’s most celebrated athletes for a charity tournament at Zagreb’s Šalata Sports Complex — the birthplace of Croatian tennis — to raise funds to build a multi-functional sports playground for children from Tordinci Elementary School, who currently have neither an indoor gymnasium nor an outdoor playground.

“The idea came about last summer while I was training on Korčula. Luka Modrić and Mateo Kovačić were there and we joked how we were missing a fourth player for a doubles match. I posted a photo on Instagram and invited Dejan Lovren and Šime Vrsaljko to join us,” Cilic said. “A flood of messages came from athletes and that is how the story began.”

You May Also Like: Cilic Receives Arthur Ashe Humanitarian Award

Footballer Mario Mandžukic and his doubles partner, 14-year-old Croatian junior player Patrik Jurina, beat Čilić and footballer Luka Modrić in the final, which was live streamed by a Croatian national television network. But for all of the tennis stars and other Croatian athletes in attendance competing, it was about raising money to support the children.

“We want to give our kids in Croatia a chance to experience the joys of sport,” Cilic said. “The project ‘Game, Set, Croatia’, which I hope will be held every year, will help build sports courts in the most crucial regions.” 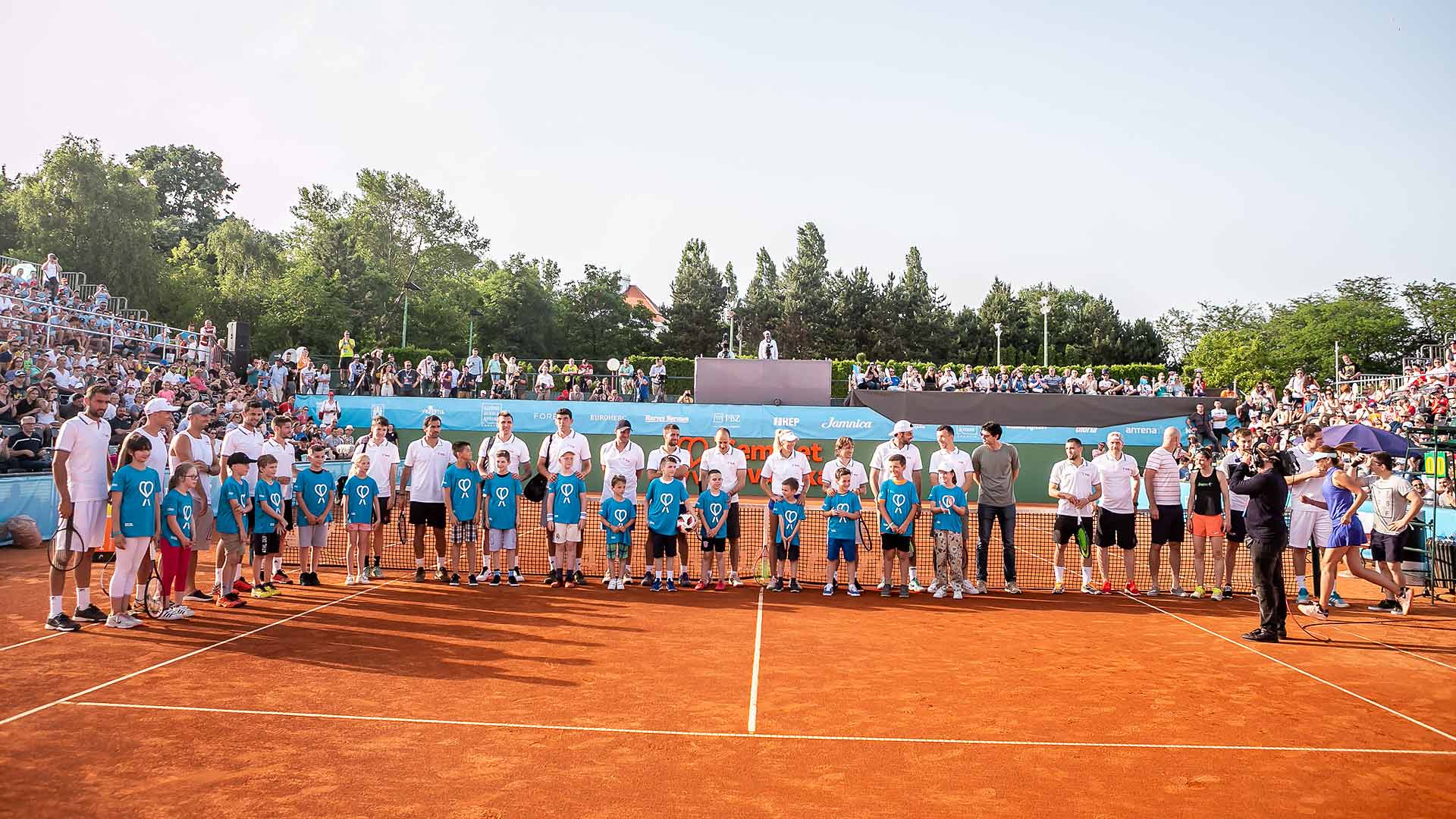 "This one [wasn’t for tennis] but I feel it’s the most prestigious one. It’s the one I’m going to value the most,” Cilic said at the time. “It’s something that we all love to do… to give back to the community, especially to children.”

Through education, sport and encouragement programs, the Marin Čilić Foundation seeks to provide children and youth with the space and financial support to explore their passions and turn their dreams into reality.