Marin Cilic enjoys a day of football with students at Tordinci Elementary School, where his foundation funded a playground.

Last June, the Marin Cilic Foundation organised Game Set Croatia to raise funds to build a multi-functional sports playground for children from Tordinci Elementary School, which had neither an indoor gymnasium nor an outdoor playground.

On Saturday, several Croatian tennis stars returned to the school to join 120 of its schoolchildren for a football match on the playground constructed with those funds. Cilic, Borna Coric, Ivan Dodig, Nikola Mektic, Mate Pavic, Franko Skugor, Ana Konjuh and Donna Vekic were among the players in attendance.

You May Also Like: Cilic Joined By Modric & More Croatian Stars At Successful Charity Event

“I had a great time with the kids and I think my fellow tennis players feel the same,” Cilic said. “It was fun to swap out tennis for some football.” 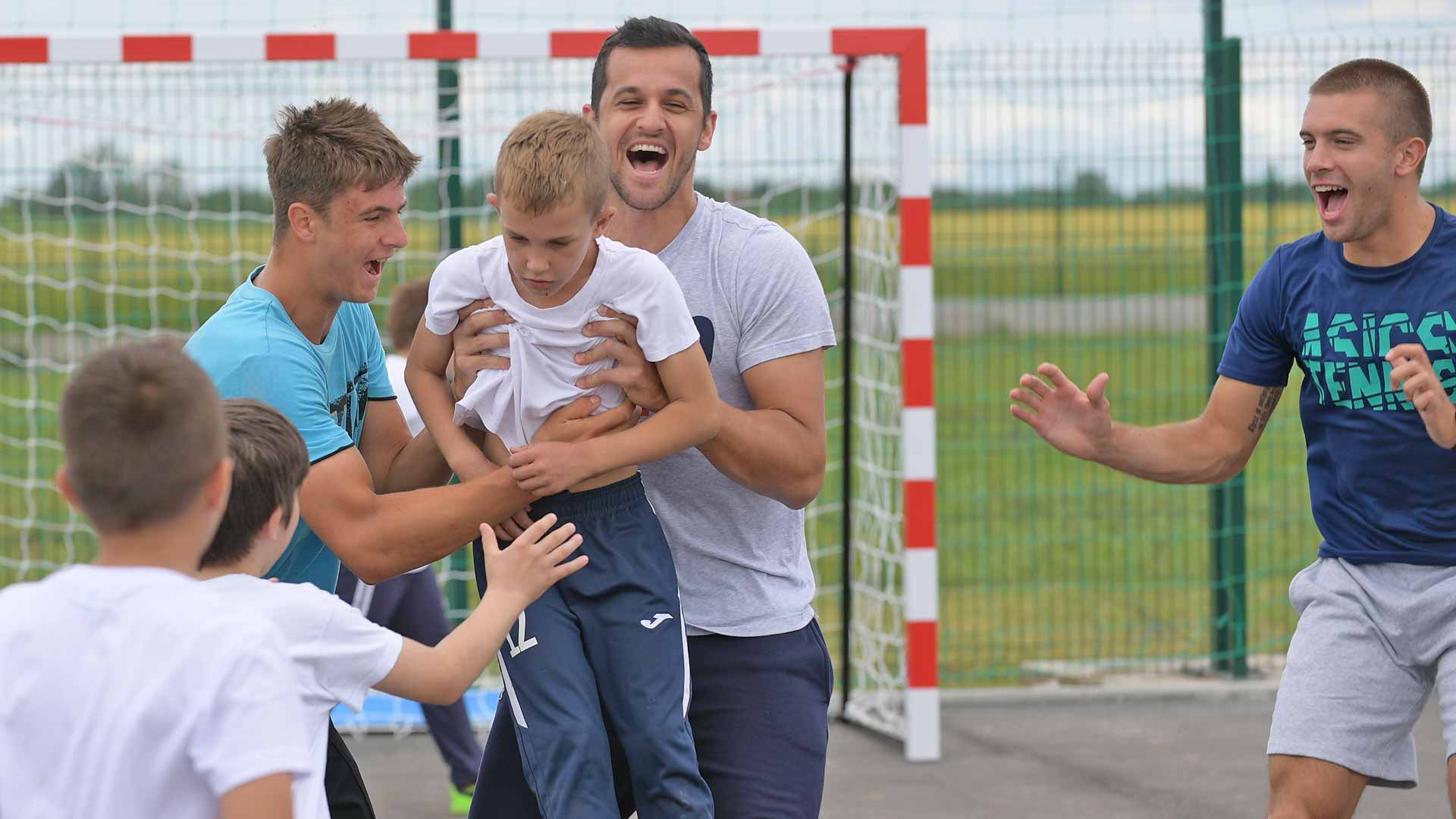 Mate Pavic and Borna Coric enjoy playing football with schoolchildren at Tordinci Elementary School. Photo Credit: Zlatko Mesic.
This playground was the first funded by the Marin Cilic Foundation. The Croatian and his foundation’s team plan to continue to work on similar projects. The Marin Cilic Foundation’s core beliefs are that every child has access to sport and play facilities.

“I hope this new playground will provide healthy, fun and wonderful memories for the kids from this area,” Cilic said. “Hopefully many of them will discover their love for sport here.”

Since its founding, the Marin Cilic Foundation has impacted more than 1,000 children through its projects. It has awarded 37 scholarships to talented young athletes and classical musicians, provided funding for the renovation of four school laboratories in Croatia, and helped organise a free annual tennis camp for children in the area of Vukovar.