Todd Martin battled Yevgeny Kafelnikov in many of the world's biggest events.

Martin Breaks Down Kafelnikov's Strengths: 'He Made You Do Something Special'

Todd Martin, the CEO of the International Tennis Hall of Fame and the tournament director of the Hall of Fame Open, knows this year’s male inductee plenty well. The American, former World No. 4, played Yevgeny Kafelnikov 10 times, with the Russian winning seven of their 10 FedEx ATP Head2Head meetings.

Nine of the pair’s 10 meetings came at the Nitto ATP Finals, a Grand Slam, or an ATP Masters 1000 tournament, so Martin and Kafelnikov consistently competed against one another on the biggest stages in tennis. Martin spoke exclusively to ATPTour.com about the challenges in playing the former World No. 1, the Russian’s accomplishments, and more.

What were the challenges facing Yevgeny?
I found Yevgeny and then Lleyton Hewitt to be the two most challenging returners of serve that I faced. Everybody rightly gives Andre Agassi a lot of credit for being the great returner he was. But Yevgeny was a punishing returner, so if you didn’t hit your spot or if he guessed right, he could hurt you.

I hit my spot with my serve most of the time, so Yevgeny did a wonderful job of still getting the ball back with one hand if I stretched him. And then anything that was hittable, the ball was always in the court and for me, the fewer free points that I could get, the more work it was for me.

How frustrating was that when you could do what you wanted, but still be put in a difficult position against him?
I felt like I could always play against his serve, If Yevgeny had Sampras’ serve, I wouldn’t want to play him, ever. Yevgeny was great, but you got to play. The interesting thing, and I didn’t experience it because I played so aggressively, was that he had to attack me or else I was going to attack him.

I remember watching a Davis Cup match of his against a teammate of mine and he played so calmly and really passively. I didn’t think you could play great tennis passively. I felt like you had to take the initiative. But it almost looked like a bull fight in that my teammate was the bull and Yevgeny was the bull fighter. He was constantly poking. He wasn’t trying to knock my teammate out. He just let the guy lose. So it might have been 3, 3 and 4, but it probably took three hours, which especially then, was a crazy match. 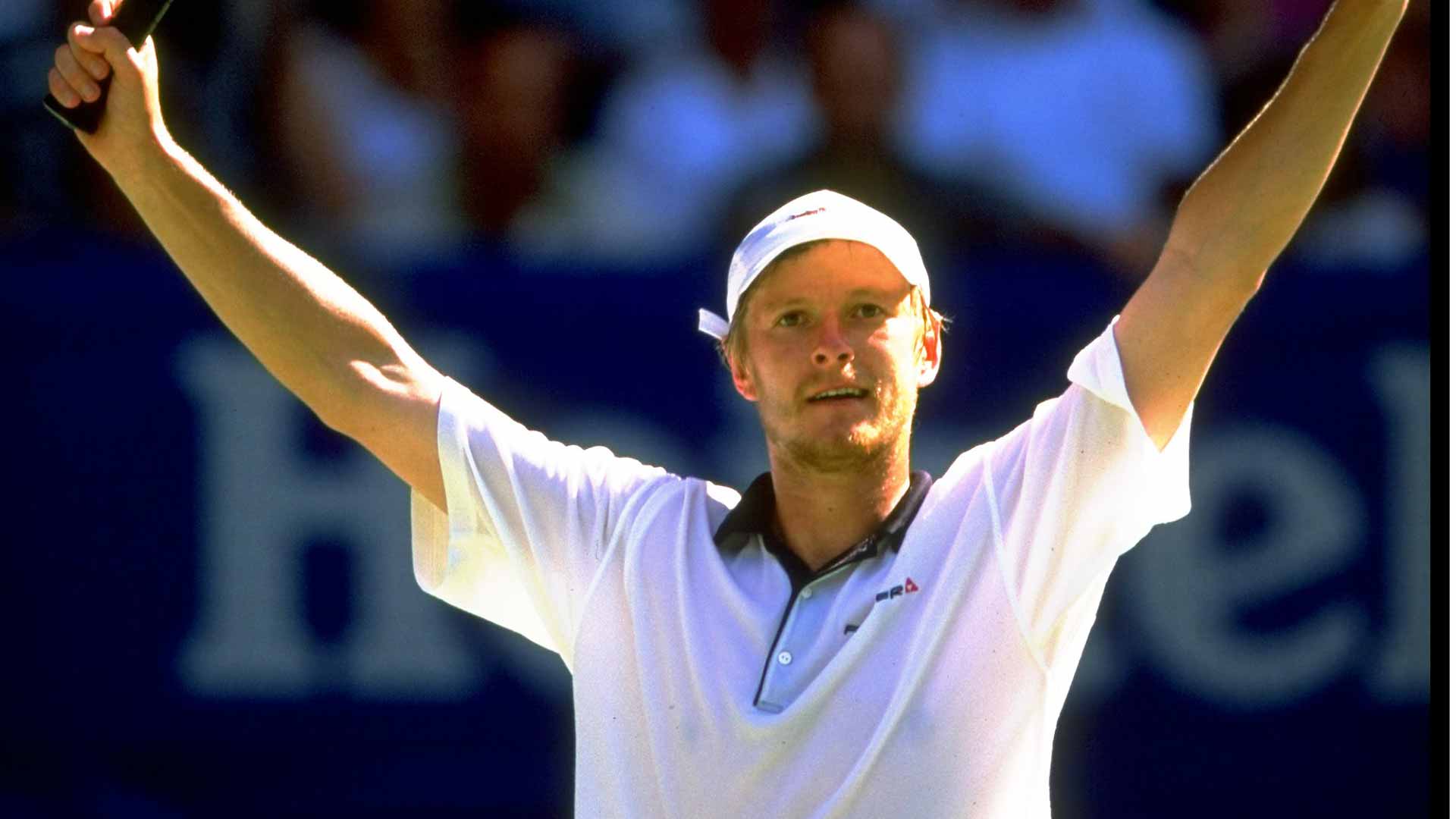 How impressive was it that he could change his game and succeed on each surface?
He was spectacular on hard courts and obviously he won the French. But… in large part because of his grips, winning the French was a huge accomplishment for him. It wasn’t like we were at that point where everybody was spinning the ball like crazy. But for a guy who was backhand-dominant and not a Spaniard with just an amazing amount of spin, I was a little surprised that he won the French, although the French played so fast back then.

In spite of that, I don’t think he ever did great on grass, but I wouldn’t have wanted to play him [on grass] because he got his racquet on every return. He figured out how to make you play and usually made you do something special.

You May Also Like: Kafelnikov On Hall Of Fame Induction: 'Finally My Whole Career Is Completed'

Speaking of Roland Garros, Yevgeny won there in singles and doubles in the same year, which is something that hasn’t been done since. How special was that accomplishment?
I think it’s going to be difficult for it to happen again. We’ve gotten more and more specialised in singles and doubles. But with Yevgeny, I really felt like doubles helped him. Doubles made him a better player — it forced him to volley and get comfortable at net. And not because he was ever going to be Stefan Edberg, but because all the players are challenged to be the best form of themselves. There’s a lot of improvement that needs to occur along the way and competing, in many ways, is the quickest way to improve.

What’s it like to see someone who you played so often get inducted?
With my tongue somewhat in my cheek, in some ways it’s the worst part of my job. I have to participate in the celebration of everybody who put me out of business (laughs).

With so much time passed, I’ve been retired for 15 years, we’re just excited to see each other and I think it’s especially nice for me. Last year, Michael Stich, a couple years ago Andy Roddick, three years ago Marat Safin and this year Yevgeny. It’s nice because I know these guys. Whether we were great friends, good friends, acquaintances or even unfriendly rivals, it doesn’t matter. You know somebody and you know how much they are touched by the honour.