Todd Martin knew he didn't have the street clout of a Pete Sampras or an Andre Agassi. But back in the winter of 1991, Martin also knew he deserved better treatment than what he was receiving at the prominent indoor ATP World Tour tournament held in the midwest of the United States.

Martin, then 21, approached the tournament desk and inquired about a practice court. The young American was preparing for the qualifying section of the tournament.

But the person at the desk was dumbfounded. The official stopped everything, glanced at Martin and then yelled back at the manager, “What do we do with these guys, these qualifier guys?”

The words stuck with Martin, who, almost 30 years later, as the tournament director of this week's Dell Technologies Hall of Fame Open in Newport, knows exactly what to do with “these guys”: Treat them like you would any other player.

“They were equipped to give me a practice court. They just didn't how to handle somebody that wasn't John McEnroe or Pete Sampras or the like,” Martin told ATPWorldTour.com.

You May Also Like: Tribute: Mike Bryan Returns To No. 1 In ATP Doubles Rankings

Some of the former players turned bosses tried coaching after their playing days, or even still stay involved with guiding up-and-comers. But ultimately, the former greats decided to focus their unique expertise on helping improve the tournament experience for fans, sponsors, coaches and especially players.

“I'm trying to be a tournament director and see things through the player's eyes, and make sure that we're trying to provide for their needs while still delivering an amazing product to the consumer,” Martin said.

The eight-time ATP World Tour titlist wasn't set on leading a tournament when he finished playing in 2004, after reaching No. 4 in the ATP Rankings and playing in two Grand Slam finals (1999 US Open, l. to Andre Agassi; 1994 Australian Open, l. to Pete Sampras). Martin wanted to coach.

He worked with Mardy Fish and Novak Djokovic in the following years, but coaching ATP World Tour stars meant travelling, and Martin, who had a young family at the time, wasn't interested in any more globetrotting. 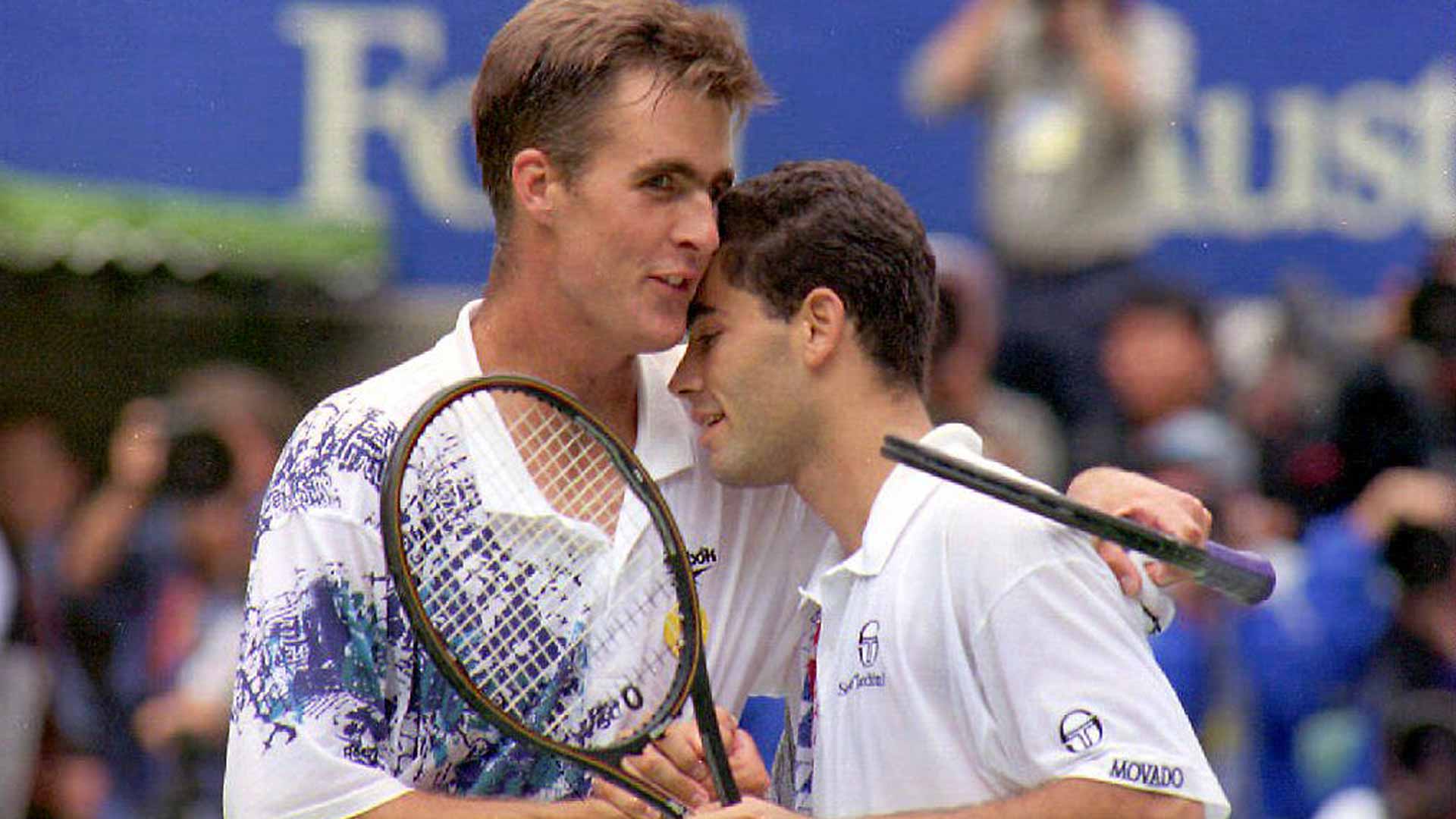 So he started his own business, Todd Martin Tennis, and invited players of all ages and their coaches to come to Florida, where they could train and learn together from Martin.

“I knew I wanted to be a leader of a business, not a participant in a business, so I felt like as much as anything, diving in head first was going to be the best way for me to be educated,” Martin said.

But in running the business, he quickly became more of an accountant, marketer and sales executive than a tennis coach. When the Newport opportunity became open, he was intrigued.

“I always have felt that tennis history has an incredible inspirational and dynamic capability to it,” said Martin, who started as CEO-designate in April 2014.

“So I really felt like when I took this job there was an opportunity to better leverage that inspirational quality, and the fact that the responsibility was great, being international and being the International Tennis Hall of Fame. For me, personally, I felt like if I'm going to work really hard at something, I've been conditioned over the years to having it mean something. And I really feel like the work here, no matter how hard it is at times, it means something when it's being done and when it's done. And that really satisfies me.”

The tournament director part of the job wasn't a must have for Martin. But he thought his past experience, including eight years as president of the ATP World Tour Player Council, prepared him well for that particular role. Martin has also relied on his tournament experiences as a player, including his time as a qualifier.

For instance, on the Sunday before main draw play begins, when only qualifying matches are taking place at Newport, Martin makes sure players have food from the tournament's caterers, even if it means extra costs.

“There's a lot of activity getting set up for the tournament so providing that service a day earlier is not easy. But if it were the day before Roger Federer was playing, guess what? Roger Federer would have food on property. And that's what we have to do, is try to imagine Roger Federer and Rafael Nadal in every person that we service,” Martin said. 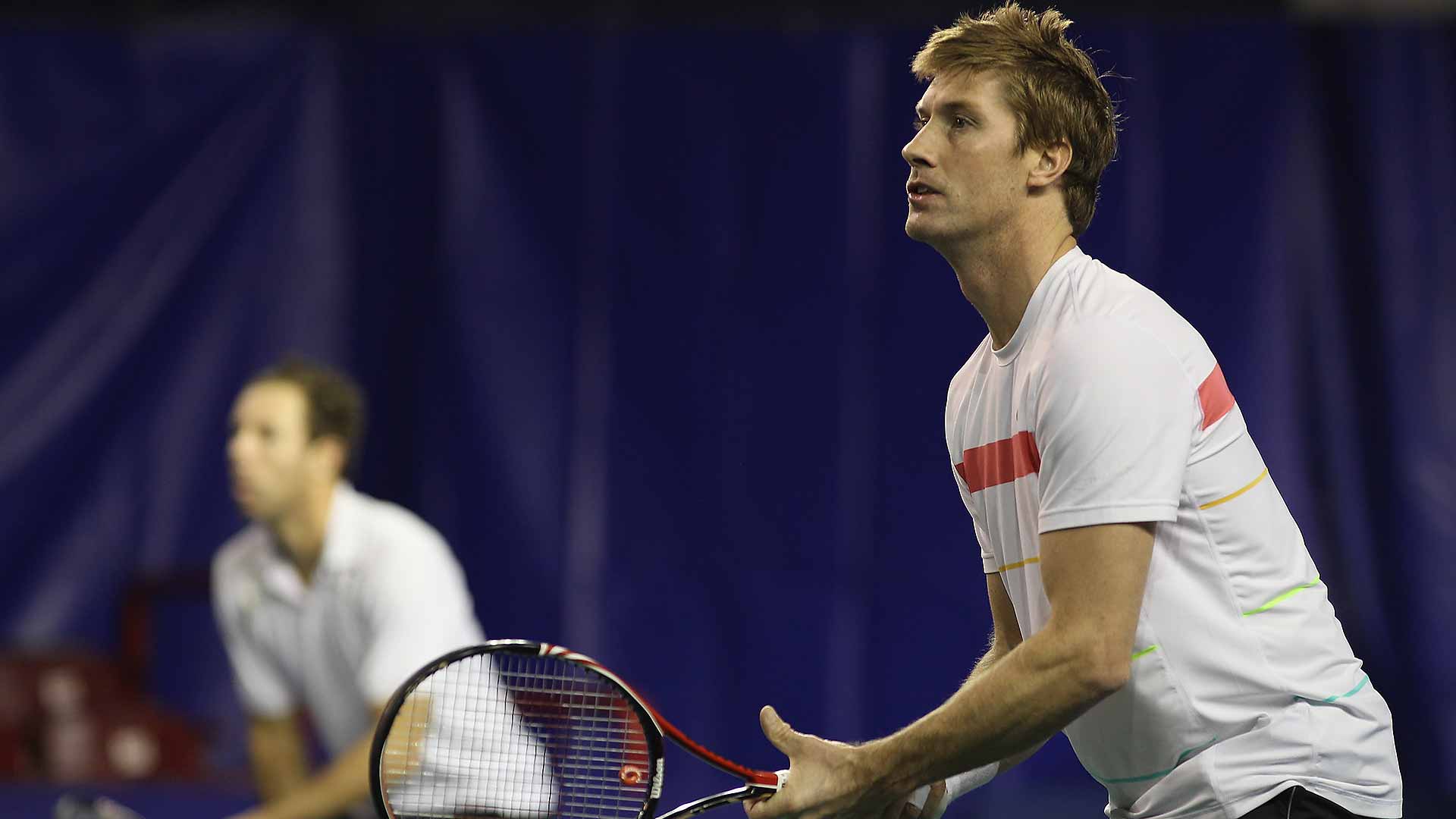 Simon Aspelin, like Martin, didn't plan on becoming a tournament director after he retired in 2011. The 2007 US Open doubles titlist (with Julian Knowle) studied economics at Pepperdine University, where he played collegiate tennis, and thought he'd spend his post-playing days working in finance.

“I wanted to try to try something different after my career,” Aspelin told ATPWorldTour.com. “[But] after a long tennis career, it wasn't really my passion, I didn't enjoy it as much.”

So after a year in finance, he returned to tennis, coaching at the Good to Great Tennis Academy, which was founded by Magnus Norman, Nicklas Kulti and Mikael Tillstrom. The travel, however, deterred Aspelin as well, and after a year at the Stockholm academy, he joined Lagardere, which runs both the SkiStar Swedish Open in Bastad, which started Monday, and the Intrum Stockholm Open.

“I know what the players appreciate, and I enjoy working with the sport that I love and working with an organization that delivers two really nice tournaments,” said Aspelin, who will direct his third edition of the Stockholm tournament in October.

When Aspelin was playing, he always remembered the feel of the tournament, the hospitality of the event. That's why in Stockholm, he and his staff go out of their way to accommodate player requests.

“We want the players to feel like they can pretty much ask for anything and we will solve it for them,” he said. “We always try to be accommodating with any special hotel requests. We make sure that transportation is working, and that players can be picked up whenever they arrive.”

Aspelin, his staff and his team of 400-plus volunteers also make sure to satisfy one other special ask they always receive. It goes against one of their dining meal goals, which is to have variety.

“Every day, every meal – pretty much – they want to have that as an option,” Aspelin said. “We try to have a good variety but then we get the feedback that the meatballs should be on the menu every day. I guess they never have anything close to meatballs during the year.”