Matteo Arnaldi in action at the 2022 Como Challenger.

Grant Thompson
This article contains:
The 21-year-old is one of six Italian #NextGenATP stars who have claimed a Challenger title this season

It’s been a dream year for Italian Matteo Arnaldi.

In May, the 21-year-old practised with his longtime idol Novak Djokovic at the ATP Masters 1000 event in Rome. It must've prepared them both well. Djokovic went on to capture a record-extending 38th ATP Masters 1000 crown in Rome while Arnaldi collected his maiden ATP Challenger Tour title the following week in Francavilla al Mare.

“It was incredible,” Arnaldi said. “I played the week before in Rome, my first Masters 1000 event (l. Cilic). My coach and I didn’t know whether to go to Francavilla or not, I was also in qualies at the Geneva ATP event. We decided to go to the Challenger and I played very well the whole week, I didn’t drop a set until the final.”

The Sanremo native took down countryman Francesco Maestrelli 6-3, 6-7(7), 6-4 to triumph on home soil, claiming the title at the C.T. Francavilla Sporting Club. That was just the start of Arnaldi’s breakthrough on the ATP Challenger Tour. Now, after reaching four Challenger semi-finals this season, including San Marino, where he was a finalist (l. Kotov), the World No. 157 is nearing his 2022 goal.

“I started the year so-so,” Arnaldi said. “It’s my first year playing just Challengers. Last year, I played Futures and I tried to improve my ranking. Until April, I was losing a lot of first rounds, so I didn’t start how I wanted. When the clay season began, where there’s a lot of Challengers at home in Italy, I started to play very well. When you play a lot of matches, you feel better and feel more comfortable.

“My goal for this season was to be Top 150. I’m very close to my goal and I have two or three months to go up more. Everything that comes now is something more than we expected.” 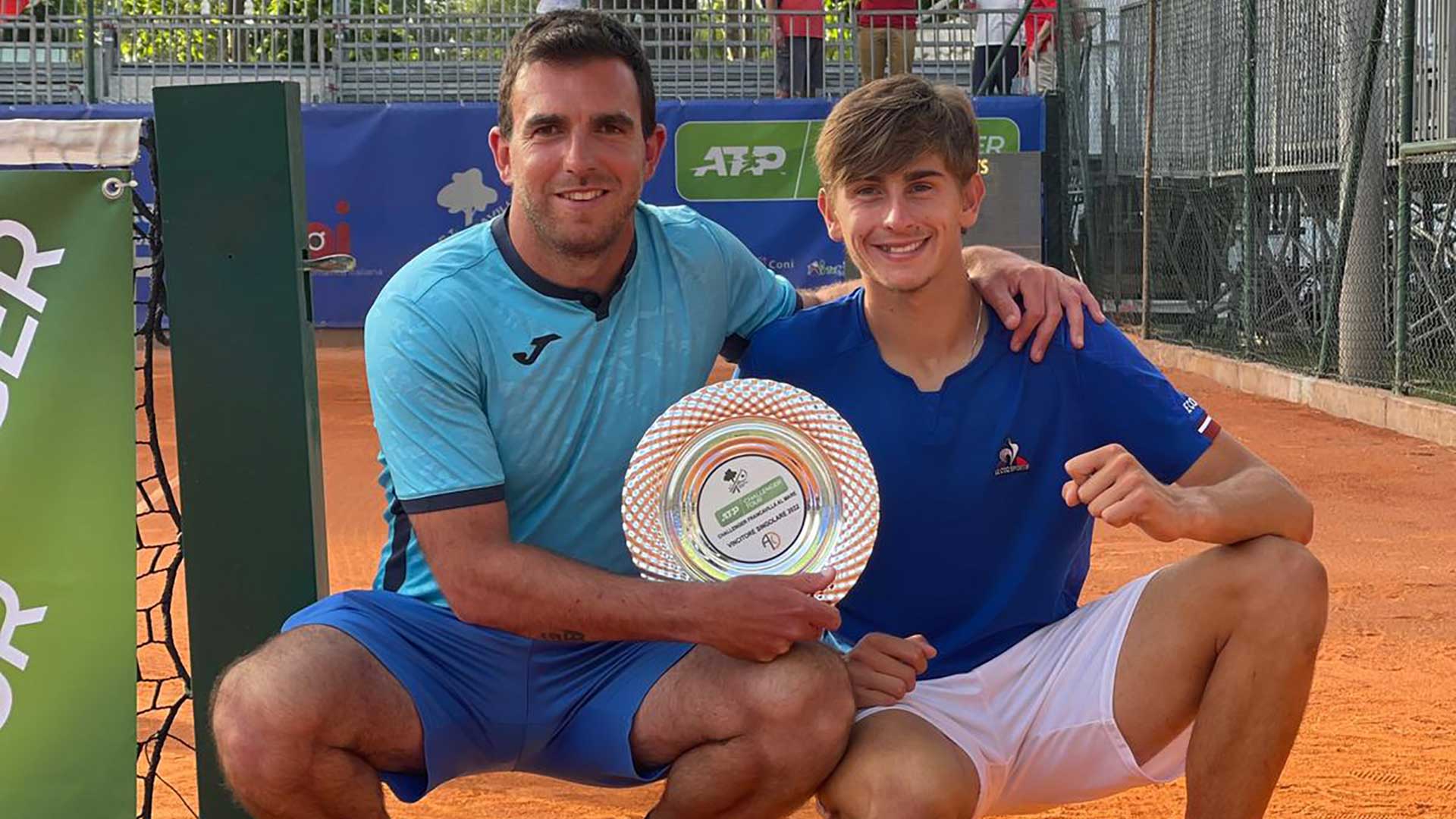 Arnaldi is one of six Italian #NextGenATP youngsters who have claimed a Challenger title in 2022. Luca Nardi, Flavio Cobolli, Lorenzo Musetti, Francesco Maestrelli, and Francesco Passaro have also triumphed this season.

Arnaldi, who is 13th in the Pepperstone ATP Live Race To Milan, now sets his sights on being at the eight-player Intesa Sanpaolo Next Gen ATP Finals, which hosts the world’s Top 8 21-and-under players (8-12 November).

“The Next Gen Finals is my goal for the rest of the year. But I don’t like to check the points every week. I just like to play and do my best.”

Arnaldi hopes to be in Milan with Passaro, who is ninth in the Pepperstone ATP Live Race To Milan. Arnaldi and Passaro teamed up to reach the semi-finals at the ATP Challenger 80 events in Sanremo and San Benedetto Del Tronto earlier this season.

“I’ve known Francesco since I was 11 or 12,” Arnaldi said. “We played all the juniors and played doubles together. We are very close, his team and my team are like a big family.”

In June, Arnaldi made his Grand Slam qualifying debut at Wimbledon, falling short to Portugal’s Nuno Borges. This past month, the Italian made the final round of qualifying at the US Open, losing to Daniel Elahi Galan, who upset fourth seed Stefanos Tstisipas in the opening round.

Boasting a 28-20 Challenger match record in 2022, Arnaldi will next play the Alicante Challenger, 3-9 October.