Florian Mayer loses to Borna Coric in the last match of his career.

Two former Top 25 players in the ATP Rankings played their final matches on Monday at the US Open. Florian Mayer, 34, and Gilles Muller, 35, have decided to hang up their racquets.

Mayer, who won the Gerry Weber Open two years ago as the World No. 192, lost to Croatian Borna Coric in four sets, with his final shot a forehand return that sailed long.

“I’m really proud of my career, it was a great journey and very good memories. Good wins, some tough losses, but I feel good,” Mayer said. “The summer was intense, I played so many tournaments. Now I have time to calm down, to rest and think about what’s coming next.”

Mayer climbed as high as World No. 18, winning 243 tour-level matches in his career. The German tallied 12 victories against Top 10 opponents and captured two ATP World Tour titles. But 2018 has been tough for him, as Mayer finished with a 2-15 tour-level record this campaign.

“Of course I’m a little bit sad because it’s over now. But to be honest, I feel free now,” Mayer said. “It’s a big pressure falling down. It was a long process, my decision to make. And now I feel happy with the decision. This was my last match, I knew it before and it’s fine.

“I’m 34 now, my body’s not at my best level anymore so I had to make some decisions because it’s so hard to play at the professional level 100 per cent if you lose some fitness. It’s so tough to be competitive.” 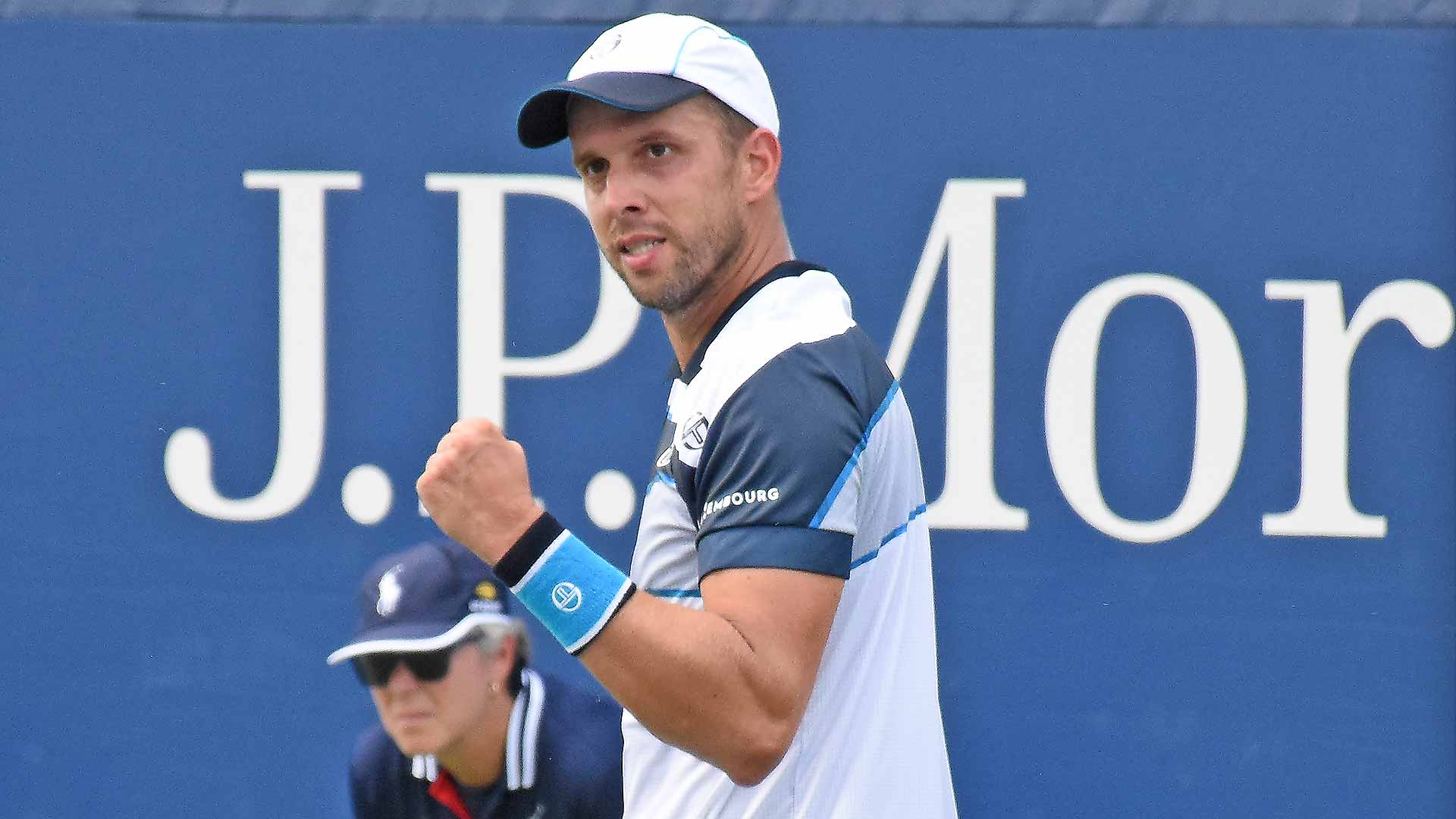 Meanwhile, Muller was in a tightly contested match against lucky loser Lorenzo Sonego. The Luxembourg star was within two points of victory in the fourth set before eventually succumbing to the Italian in five sets.

“I didn’t think about it. I was just hoping to play a good match, and that was the only thing I wanted to do,” Muller said. “I thought I did, I thought I didn’t play too bad. Obviously the end physically was a bit tough. But overall, I’m happy with my performance today.”

The left-hander, like Mayer, earned two ATP World Tour trophies in his career. And in a way it was fitting that Muller finished at the US Open, where 13 years ago he defeated former World No. 1 Andy Roddick in the first round.

You May Also Like: Muller's Magical Ride Begins Final Chapter

“I felt two different things. One, I was a bit sad because it’s finished now. I was part of this for almost 20 years so for it to end now was maybe a bit sad,” Muller said. “But I’m very happy and looking forward to have a normal life, if you can call it that, and just be home and enjoy the family and spend some time in Luxembourg.”

When Sonego hit an ace out wide to clinch a four-hour, 16-minute triumph, it was the end of the match and the tournament for the veteran. But Muller soon enough will have time to reflect on the nearly two decades he spent on tour.

“In the next few weeks, months, I think I’ll realize what I’ve done, what I’ve accomplished,” Muller said. “I’m pretty sure I’m going to look back and feel proud about what I did.”